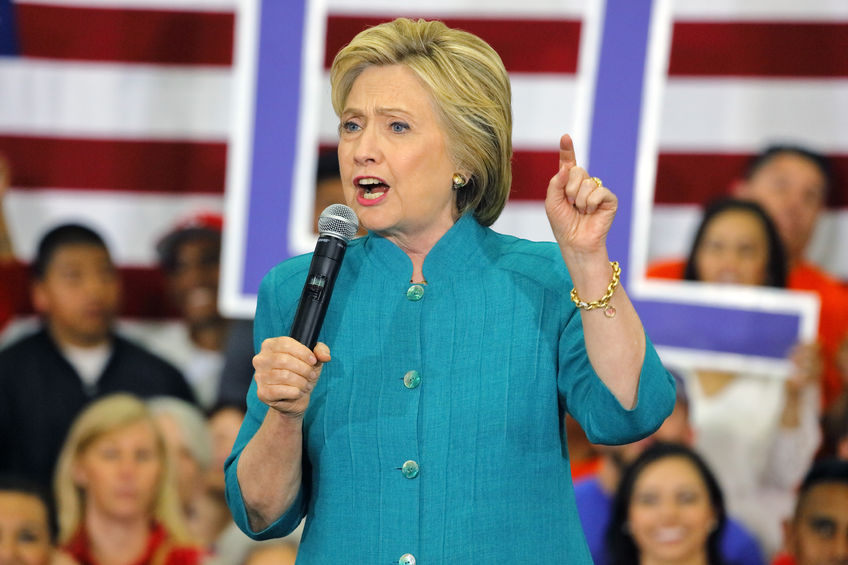 Cast your minds back to 2016, to the morning of 8 November to be precise. Do you remember what you were doing? There’s a strong likelihood that whatever it was, in the back of your mind you were expecting (or even hoping) that by the end of the day one of the world’s most formidable superpowers would be led by a woman. Over in the US, Hillary Clinton was the Democratic candidate facing off against the Republicans’ pick for the top job, reality TV star and property magnate Donald Trump.

Despite The Simpsons predicting the advent of a President Trump in the 17th episode of its 11th season (which first aired in the US in March 2000), all the signs, polls and so-called experts were pointing to history being made and the election of the US’s first ever female president.

Of course we all know how that turned out, but the 18 months or so since have seen even more surprises and upheavals.

Clinton’s candidacy may have been ultimately unsuccessful in its primary aim, but it did give rise to a number of fascinating initiatives and events. There’s Pantsuit Nation, for starters – the private Facebook group and Twitter hashtag inspired by Clinton’s preferred style of dress that had nearly three million members at the time of the election, but has since grown to four million.

In recent months it has also been witness to a formidable grass roots resurgence – and is filled daily with stories from women, people of colour and those in marginalised groups, who have been mobilised by the election and have stood for office, the majority having never considered such a step before.

Many of them are the same women who donned pink ‘pussy’ hats and marched on Washington (and around the world) in January 2017 demonstrating for women’s rights and protesting the election of a self-proclaimed genital grabber to the foremost position in the land. Worldwide the numbers involved in the over 600 marches were over seven million, with the Washington DC march acknowledged as the single biggest political demonstration on record.

And elsewhere the winds of change have been ruffling more than a few feathers, (if that isn’t the most mangled metaphor you ever read).

On the very morning of writing this, news came from the US that Bill Cosby, comic staple and for many years the poster guy for the very best of family values via his massively popular TV series, The Cosby Show, was found guilty of three counts of aggravated indecent assault. And the whole #metoo movement saw Harvey Weinstein just the first of an increasingly long line of high profile men lose their jobs and status as details of their long-time mistreatment of women emerged.

But what of the woman whose failed attempt at the presidency could have marked her as one of history’s sad also-rans? Is Hillary Clinton now no more than a footnote? A soon to be forgotten name alongside George McGovern, John Kerry and Adlai Stevenson?

At this moment, and with a raft of gender related political movements still making their presence felt across the first world, the answer would have to be no. Indeed, it could be argued that her experiences were something of a catalyst for this groundswell of activity. After all, how many of those other failed candidates followed their loss with a best selling book like What Happened, as Clinton did in 2017? That’s without finding a whole new barrow to push as another failed candidate, Al Gore, did with his war against climate change.

And if anyone on the planet has some idea of what Clinton experienced during that whole period before, during and after the election, Julia Gillard would be that person. The first, and to date, only female Prime Minister in Australia, Gillard’s tenure was notable for many things – not just passing more legislation than any thought possible, but also for that extraordinary ‘misogyny speech’ targeted at her chief antagonist, the then Liberal leader Tony Abbot.

To see Gillard and Clinton sit and discuss these and other experiences from the feminist frontline will surely be an unmissable conversation.

An Evening with Hillary Clinton is in Melbourne at the Melbourne Conference and Exhibition Centre (MCEC) on Thursday 10 May and in Sydney at the International Convention Centre (ICC) on Friday 11 May.