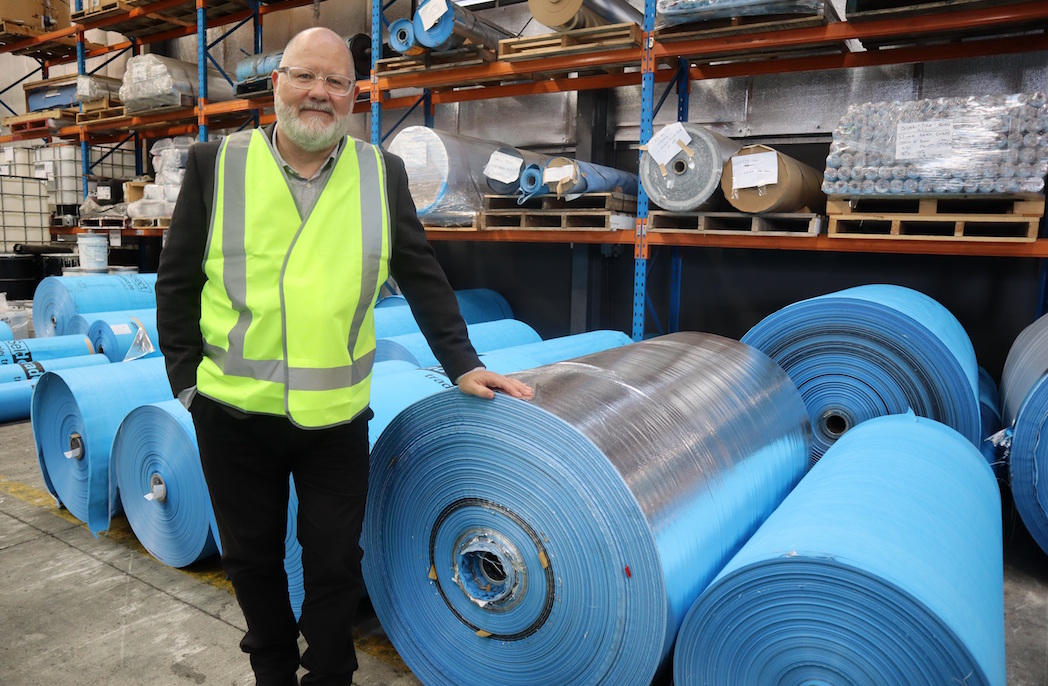 CeaseFire is a pliable building membrane that creates a fire barrier behind the façades of multistorey buildings.

South Australian insulation manufacturer Ametalin has announced the launch of a Building Code of Australia (BCA)-compliant fireproof wall wrap that mitigates the risk of fire spreading between tenancies through external walls in multistorey buildings, while still allowing the building to breathe, thus preventing condensation damage.

CeaseFire, when correctly applied, helps prevent fire from leapfrogging between tenancies by burning up the outside of the building.

The Victorian Metropolitan Fire Brigade has recorded more than 1300 high-rise fires in the state over the last 10 years, illustrating the seriousness of the issue.

“With our harsh climate, fire safety is critically important in Australia,” says Ametalin CEO Stephen McIntyre (pictured). CeaseFire is a technical breakthrough that will pave the way for stricter regulations and safer buildings, he says.

CeaseFire is also the first and only vapour permeably pliable building membrane in Australia that forms a continuous barrier to water, air and fire. In most of Australia, it is recommended that wall wraps be vapour permeable, to avoid condensation damage. In Western Sydney, Melbourne and other climates with cool winters, it is required by the BCA. Other than a traditional brick wall, the other common way of achieving these goals is with expensive rigid boards that must be meticulously and laboriously cut, fitted and sealed.