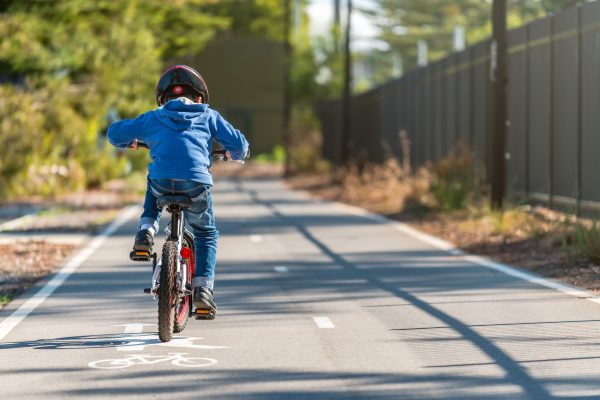 In a world-first Australian innovation, Australian councils are increasingly replacing the traditional steel mesh used to reinforce concrete in footpaths with recycled plastic, which would otherwise be sent to landfill or end up in our oceans.

Councils are responsible for building or replacing an estimated 8000 kilometres of footpaths in Australia each year. Thanks to Queensland engineering firm Fibercon and researchers from James Cook University, councils are now using recycled polypropylene (PP) plastic waste in the form of Emesh to reinforce concrete pavements and other infrastructure.

Townsville City Council was one of the first in Australia to use Emesh, for 3500 square metres of pathway on Magnetic Island.

Senior project manager Bob Hickey explains, “There are the environmental benefits that come with the use of recycled plastic, but also the fact that it is easy to transport the fibres, especially to Magnetic Island. There are also no problems with corrosion in the saltwater environment. The result was an excellent product with no visible uncontrolled cracking.”

There are seven different types of plastic and polypropylene (PP) is the second most widely used plastic in the world, but despite this it is also has the lowest recycling rate – the American Chemistry Council estimates a rate below one percent.

PP is also one of only three plastic types that floats – forming a major component of the ocean gyres and estimated an eight million tonnes of plastic entering the ocean each year.

In the first global analysis of the production, use and fate of all plastics ever made (humans have created 8.3 billion metric tons of plastics since large-scale production began in the early 1950s) roughly half was produced in the last 13 years and an estimated 79 percent now resides in landfills or the natural environment.

There are only three things that can be done with plastic waste: recycling, energy recovery or landfill.

In addition to reduced CO2 outputs and preservation of fossil fuels from steel manufacturing, the Emesh innovation also creates a market for recycled PP.

“Recycling is not just putting materials in a recycling bin at the kerbside; collection is only the start of the process,” says Fibercon CEO Mark Combe. “Markets must exist for recyclable materials and buyers must be found for products made with recyclable materials. With China drastically reducing its import of waste in 2017, finding new uses for recycled plastics is more important than ever.

“Simply by using our Emesh instead of steel reinforcement, councils can contribute significantly to cleaning up our plastic waste,” says Combe.