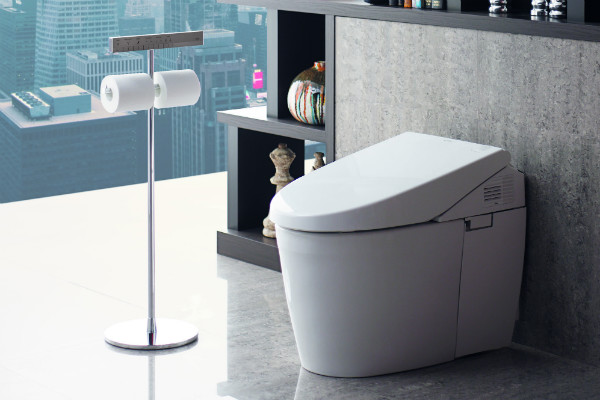 Smart toilets with bidets are increasing in popularity in Australia despite only being in one percent of homes compared to 80 percent of bathrooms in Japan.

According to Toto distributor Randall Cadby, demand for smart toilets has surged locally and almost doubled in the past 12 months.

“Smart toilets are rimless, have special coatings and some even have a tornado-type flush with no splash and can pretty much clean themselves. Anyone can turn their own toilet into a ‘smart toilet’ by the addition of a bidet seat, or Washlet as TOTO calls them.”

Cadby says smart toilets are more hygienic than your average toilet, life changing for people with a disability, reduce the risk of urinary tract infections and a money saver with no need to buy toilet paper.

“Smart toilets were installed in a nursing home at Chelsea in Melbourne as part of a six-month study to see if they reduced the number of urinary tract infections and they did – within six weeks there were none,” Cadby continues.

“Most don’t realise how many people can’t wipe their bottom because of age or a disability so smart toilets can absolutely change lives.”

“One man who lost both his hands in a work accident had to suffer the embarrassment of his wife helping him in the bathroom but now he has a smart toilet and he feels like a changed man with more independence and confidence.”

According to Cadby, many Australians are unwilling to try a bidet because they’ve been taught to use toilet paper at a young age.

“So they go with what they know. It happens so often that people buy a smart toilet after returning from Japan where they have experienced the benefits toilet technology,” he says.

“Once you use a bidet seat you never want to go back to using toilet paper again, so much so people often buy a travel bidet which they can fit in their toiletries bag or glove box.”

Some of the benefits of smart toilets are: