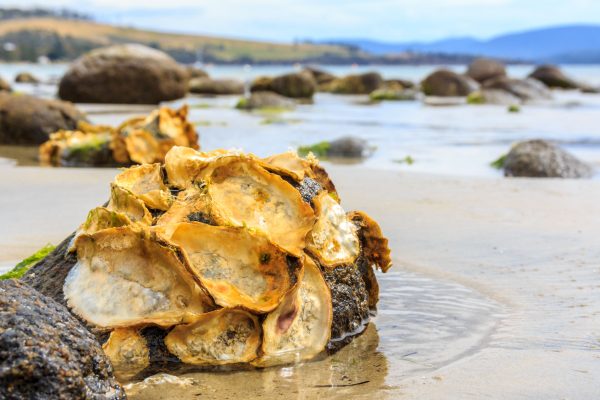 A new study published in the scientific journal PLOS ONE confirms 90-99 percent of Australia’s shellfish reefs have disappeared making them our most endangered ocean ecosystem. The study describes the most dramatic decline has been for reefs formed by the Australian flat oyster with only one out of 118 historical reef locations remaining (Georges Bay, Tasmania). The second most severe decline was the native rock oyster with only six out of 60 reefs surviving.

“We already knew shellfish reefs were in bad shape globally with 85 percent of them lost or severely degraded,” says study leader Dr Chris Gillies, marine manager at The Nature Conservancy Australia. “Our study confirms the situation for these important marine habitats in Australia is even worse with less than one percent of flat oyster and 10 percent of rock oyster habitats remaining.”

The good news is that, with our help, these reefs are making a comeback where the threats that previously wiped them out (overfishing for food and lime production, dredging, disease outbreaks etc) can be avoided.

“For many Australians today, the Great Barrier Reef probably first springs to mind as our most endangered ocean ecosystem. While it and other coral reefs are indeed under threat, it’s the shellfish reefs that have really suffered the most,” says Dr Ian McLeod, co-author of the study from James Cook University.

Oysters and mussels are ecosystem engineers that create, modify and maintain important habitat (like reefs and beds) for a range of other species at a system-wide scale. They also provide a range of ecosystem services such as food provision, habitat for fish and invertebrates, water filtration, fish production and shoreline protection.

“There is still time to arrest the decline in shellfish reefs and restore them to places where they once provided people and nature these benefits”, says Gillies.

Fortunately, Australia is already well equipped to reverse the decline of shellfish ecosystems. Projects are planned or underway in every Australian state with the assistance of private, government and non-government funding.