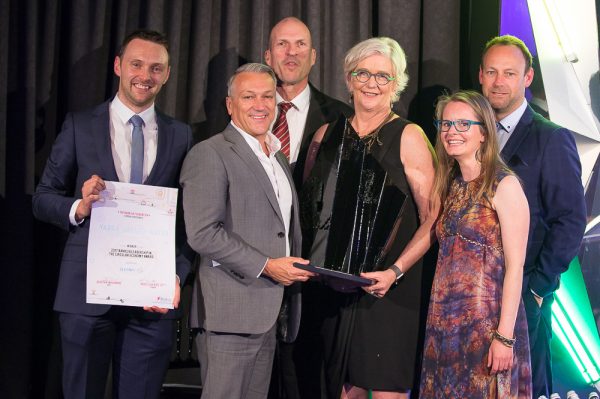 War on Waste was produced by KEO Films Australia, and the Banksia judges say that it “created a groundswell of interest that soon turned to a tidal wave of action. It designed an innovative, winning formula that combined a credible yet relatable host that presented the facts in a way that made the issues feel real, relatable and local to the viewers.”

The program reached a massive 2.6 million people, which is comparable to a football game… on a finals night.

The Banksia Sustainability awards are run by the Banksia Foundation, which has been bringing together the most innovative and effective people in sustainability in Australia and are the longest running awards of this nature in the world.

“After 29 years of rewarding excellence in sustainability, it is becoming clear that more and more organisations and individuals simply ‘get it’, and are implementing sustainability into their processes themselves,” comments Banksia’s CEO Graz van Egmond.

“It’s also very pleasing to see how many entries were aware of the Sustainable Development Goals that Australia has signed up to, and that they are already mapping progress against these goals, integrating them into their strategy and operational plans. It won’t be long [before] this activity will be mainstream across business, government and social society.”

Jodi Boylan, War on Waste, winner of the Banksia Communication for Change Award and Gold Award

War on Waste is joined by 10 other winners over 12 categories of the Banksia Sustainability awards, including the Victorian town of Yackandandah, which won the Banksia Sustainable and Resilient Communities Award for setting the task of generating 100 percent of its electricity needs from renewable sources by 2022.