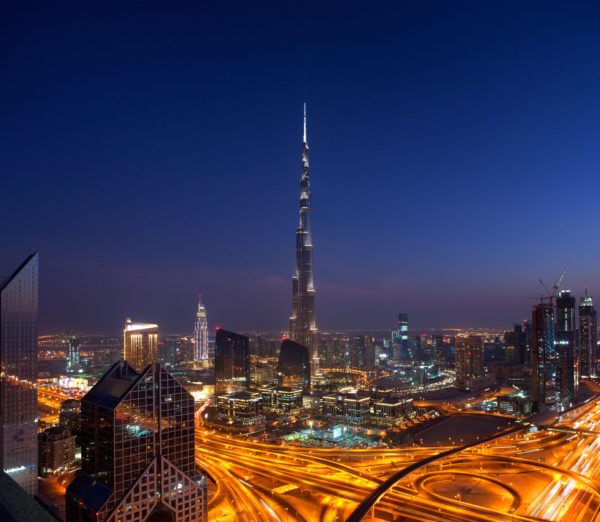 As Australasia’s urban infrastructure expands, land expenses and growing pressures drive commercial and residential development ever skywards, and building designers and specifiers will have lessons to learn from construction challenges of the world’s tallest building.

The 828-metre Burj Khalifa in Dubai is the tallest building in the world, has the greatest number of stories (163), the highest occupied floor and the elevator with the longest travel distance.

It easily dwarfs Australia’s highest building, the 322.5-metre Q1 on the Gold Coast, and is also more than twice the height of the 328-metre sky tower in Auckland. But it does have something in common with both of the coastal cities Down Under – and that is contending with constant and sometimes vigorous winds.

Overcoming the issues presented by such winds is a challenge faced by global entry solutions leader Boon Edam when Burj Khalifa recently added another record to its resume. ‘At the top – Burj Khalifa Sky’ is now the highest outdoor observation deck on Earth, on the building’s 148th floor. Boon Edam installed the highest revolving door in the world to access to new viewing platform.

This new outdoor viewing platform gives those visitors who don’t fear heights a stunning view over the city 555 metres below them, says Boon Edam Australia’s managing director Mike Fisher. His local operation set its own record Down Under recently with the giant, 5-metre high, revolving doors on the new Rialto building regeneration project in Melbourne the tallest such doors in the Southern Hemisphere.

Having installed the revolving doors on the 124th floor observation deck as well, Boon Edam were contacted again to provide the entry to the new deck.

When building a skyscraper of this size, wind loads are a major difficulty to overcome. Without additional measures, the top of the building could start swaying so much in the wind that people inside might get seasick. Dubai moreover is plagued by the Shamal – sand storms that can last for days. With a façade containing as much glass as the Burj Khalifa’s, withstanding these weather conditions is challenging. The three-lobed design proved to bring a solution as the spiralling floors break the wind flow around the building, resulting in a sound and stable structure.

The highest revolving doors in the world

The design of architecture, interior design, engineering and urban planning firm Skidmore, Owings and Merrill originally called for an outside observation deck on the 124th floor of the building with two glass revolving doors granting access to it. At 442 metres high, these would be (at that time) the highest revolving doors ever installed in the façade of a building and had to be able to withstand wind loads of at least 3000 Pascal, or an F3 class Tornado. The Burj Khalifa required two automatic revolving doors with a diameter of 3000 millimetres and an overall height of 2700 millimetres, while the canopy could be only 300 millimetres high with the motor being installed on top of it. Normally a revolving door with these specifications would only be able to withstand wind loads of up to 689 Pascal.

Royal Boon Edam knew that there were two main problems to overcome: the curved walls of the revolving door would have to be strong enough to withstand the winds and the door set would have to be fixed tightly in order for the door wings not to be blown loose during a storm. Boon Edam worked closely together with Mace the Hyder Consulting, Samsung Engineering and Construction and Turner Construction, the subcontractor, to develop a solution that met all requirements.

During the initial phases of the process, the second company that had been invited to tender for this project had to drop out as they could not get their design to work in the challenging conditions on the 124th floor. Boon Edam persevered and, after carrying out different wind load and glass tests, managed to adapt the construction of their Tourniket revolving door to meet the requirements of the Burj Dubai.

A revolving door able to withstand a tornado

The proposal Boon Edam came up with was a Tourniket revolving door with specially reinforced posts that are twice as wide and thick as those of a normal revolving door. These were firmly bolted to the floor with special bolts used underneath the floor to ensure the strength of the structure. Although most revolving doors are installed on top of the flooring, this one was placed underneath the final layer of concrete floor of the observation deck. In order to guarantee the stability of the door set, an extra thick steel frame was integrated into the construction. This allows the door wings to easily withstand the wind pressures.

At these incredible heights, the demands placed on the entry are four times as much as a normal revolving door would be able to handle. For the deck on the 124th floor, Boon Edam is the only manufacturer able to meet this challenge.

With its original revolving doors already functioning to full satisfaction for five years, Boon Edam was chosen to provide the new door at the even higher level. Boon Edam installed the same specially engineered Tourniket revolving door on the 148th floor as they did on the 124th floor.

The company’s logistical experience overcame this challenge also, endowing the Burj Khalifa with safe, secure and reliable entry to its latest dizzying attraction.

Special projects based on standardised solutions

“The revolving doors we created for the Burj Khalifa posed an incredible challenge,” says Michael Fisher. “The experience and expertise of our engineers, combined with the proven technology of the Tourniket revolving door, allowed us to meet it and bring it to a successful conclusion.

“Today both revolving doors are used on a daily basis to allow visitors a spectacular view of Dubai. Their glass construction complements the modern façade of the observation deck and puts the stunning skyline of Dubai in the spotlight where it should be.”

Fisher says that, while larger and taller buildings are inevitable in Australia, some with spectacular observation decks, their major doors issue is often at ground level, or inside the building, where they are used to manage access to areas of commercial, retail and corporate facilities.

“Efficient doorway design is a key to energy sustainability, for example, as well as building security. Australian building owners and operators can no longer afford the type of wide-open entrances that used to blast cold air out onto the footpath, wasting the benefits of even the most efficient HVAC systems.

“As climate change imposes greater loads on the HVAC systems of our bigger buildings, we need to design to ensure that expensive energy is conserved and that we design entrances to minimise their demands on HVAC equipment, the capital and maintenance costs of which also comprise a significant proportion of building costs,” Fisher says.

Boon Edam Australia is expanding its presence Down Under with a new national HQ in response to facility entry challenges faced by public and private businesses, facility owners, designers, specifiers, builders and property managers Down Under.

Boon Edam – which has dozens of Fortune 500 companies among its global clients, including some of the world’s largest firms – already has more than 100 installations in Australia, spanning office buildings, airports, healthcare facilities, retail outlets, hotels, restaurants and national attractions visited by millions of people a year. Boon Edam is on the front line of global change to entry solutions affecting workplaces and public spaces.

“As the importance of facility entries as mobility hotspots increases in Australia, in line with global trends, the demands on managing the passage of people through them is expanding exponentially,” says Fisher. A building’s entrance not only has to be secure – an area in which Boon Edam is a global authority – but also designed in such a way which complements the aesthetics of the environment.”

On behalf of its clients, Boon Edam harmonises the disparate elements of the puzzle that are involved in the successful design of building and facility entries, so as to develop a solution that is customised for the client. This integrates four key areas:

“By partnering with our clients in Australia, and drawing on our pool of international experience, we help determine the exact requirements for the mobility hotspot in and around individual facilities,” Fisher says. “The Australian team will always welcome the opportunity to take interested parties to relevant local sites to show the quality of its work.”

All other images courtesy of Boon Edam Australia.