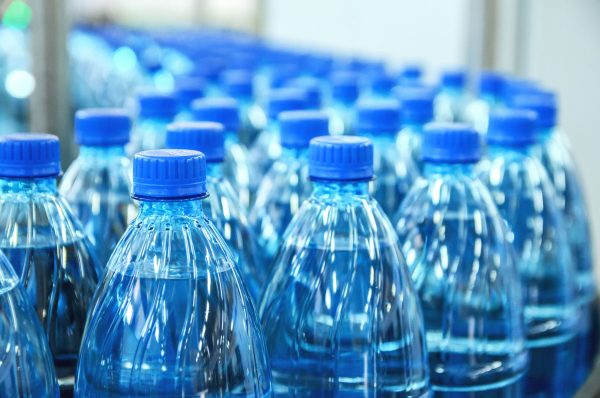 The out of control behemoth that is the bottled water industry costs too much. It’s costing the environment and it’s costing our hip pockets. Surely there’s a sensible alternative, writes ADRIAN CUGNETTO.

Every month, once a month, a woman I know spends an hour on a Sunday picking up rubbish from a beach outside of Melbourne. Civic duty and all that…

The most recent clean-up took place during a wild and woolly wintry morning and there were just a few intrepid volunteers out there with their collecting bags. Even so, they picked up 32 kilograms of rubbish including 84 recyclable bottles and cans. A good proportion of those bottles and cans were old water bottles. It’s always that way.

One hour, one beach, one day a month. Let’s extrapolate that and think of the thousands of beaches, hundreds of thousands of hours and millions, nay billions, of empty bottles. In 2017 Forbes reported that globally humans are now buying a million plastic bottles every minute. A million. Every minute…

Let that sink in for a moment. Then consider this: 91 percent of the plastic used in those bottles is not recycled.

The devastation that this is causing to the planet is very well-documented and only getting worse. But it’s actually not the prime focus of this article. For there is physical and environmental cost and then there is simple financial dollars and cents cost. And this is where the real head scratching begins.

We all understand that there are people out there, bizarre as it may seem, who don’t really care about the environment. They value convenience and ‘the here and now’ so greatly, that the idea their everyday practices are causing such catastrophic damage to the world they live in doesn’t really register.

Or, if it does, they’re able to compartmentalise, justify or simply shrug it off.

But what is hard to understand is that these are the same people who also seem to not care about money and the extraordinary profligacy associated with, for example, buying bottled water.

Let’s look at it this way: in 2015 Australians bought 726 million litres of water and the only way is up. According to research from Canadean, sales are expected to rise to 867 million litres by 2020.

At a conservative estimate, the average cost of the most popular bottled water in the country is $2.75 a litre. Actually prices range from around $1.35 for the cheapest supermarket brands right up to the aptly named Cape Grim, which retails for $21.33 for 750 millilitres (clearly that’s the one with added gold leaf!). To put this further into perspective, milk and petrol both sit below $1.50 a litre. Yes, we pay more for water than we do for milk and fuel.

This means we’re looking at a combined total of around $2 billion spent by Australians on bottled water in 2015. Of course, there are
all sorts of hidden costs in this too. Costs associated with the pumping out, packaging, transportation and chilling of the water before it gets to the end user.

Coolaustralia.org has reported that manufacturing and transporting this many plastic bottles requires more than 460,000 barrels of oil.

The big question is why? Why has a great proportion of the developed world taken to buying water in bottles with such gusto? Naturally, there is a case to be made that places without clean drinking water in the more underprivileged and developing parts of the globe need to use it, as they rely on bottled water as a genuine lifeline.

But in the US? In Australia? In Australia, where bottled water was introduced in the 1980s and was derided as a joke – who would be so daft as to pay good money for something they can get for free, we all asked?

That question has been answered (sadly), but the why still hasn’t. Is it just clever marketing? Probably. Or are there genuine reasons for Australians preferring to drink on average 30 litres of bottled water a year (according to research from Roy Morgan)?

The most common response seems to be taste or ideas of quality. Such ideas have been proven to be nonsense. A May 2016 Sydney Morning Herald report noted, “Many taste tests have shown most consumers can’t taste the difference between bottled and tap.” But perception is one of the hardest beasts to battle. Its very intangibility ensures this. If someone believes that bottled water has an inherent quality, convincing them to ditch it and simply turn on a tap is an uphill slog.

There is an alternative though. Filtration systems come with all the convenience and quality assurance of bottled water, but with none of the wasted packaging and environmental hazards. And for a fraction of the cost. Plus, there are other benefits. We all know by now that sitting at a desk without moving for hours every day is playing havoc with our physical well-being. A short walk to a workplace kitchenette and its installed filtration system is good for our bodies, and is a necessary and good use of time.

On the other hand, it also saves time to install a chilled and boiling water system, because it cuts out those wasted minutes of hanging around waiting for the kettle to boil. It also eradicates that sudden surge of power usage associated with electric kettles, and ensures a steady and reliable cheap source of good clean, chilled or boiling water, when you want it. Every day, every week, every month. It just makes cents.