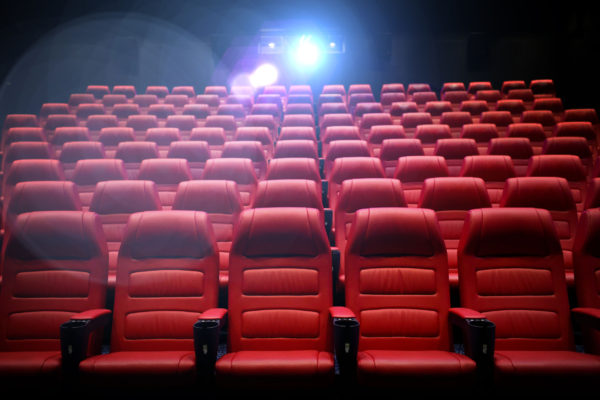 The Sun Theatre has partnered with Foodbank Victoria in a new venture to combat Australia’s growing food issue. Together they present the inaugural Cans Film Festival, held on 26 to 28 October 2017, to raise donations to help the hungry.

The Sun Theatre will screen several deeply moving and informative films about life, waste, human compassion and the future of food, including The Gateway Bug, Hector and Theater of Life. Proceeds of the festival will be donated to Foodbank Victoria, and guests and the wider community will also be encouraged to donate a can of food during the festival.

“Interest in food sustainability and food waste is on the rise and these films will be real conversation starters,” says Foodbank Victoria CEO Dave McNamara. “But the Cans Film Festival is also a great opportunity for us to put a spotlight on the lesser known issue of food insecurity. Most people are shocked to hear that one in six Australians can’t afford to put food on the table.

“The reality is, demand for food relief is rising as bills, rent and mortgage repayments squeeze already tight budgets. We hope to raise plenty of food, funds and awareness through the Cans Film Festival and we’re rapt to have the support of the Sun Theatre and local community,” he says,

Michael Smith, owner of the Sun Theatre, says: “We are thrilled to be bringing film, food and funds to our community in partnership with such an amazing organisation, with amazing people working hard to help Australians in vulnerable situations.”

Foodbank Victoria distributes the equivalent of around 50,000 meals a day from its Yarraville headquarters, supporting 472 charity partners across Victoria. It is also the largest provider of School Breakfast Clubs anywhere in Australia, feeding up to 25,000 students a week in 500 of the most disadvantaged primary schools in partnership with the State Government.

All theatre-goers are encouraged to bring cans of food to donate to Foodbank Victoria. The general public can also drop off donations. These canned goods will go into emergency food relief hampers ahead of the busy Christmas period.

The Cans Film Festival will open with a special fundraiser and screening of award-winning documentary The Gateway Bug on Thursday 26 October.

For session times and tickets please go to suntheatre.com.au.