Challenge to Melburnians: bring out your coffee mugs

Challenge to Melburnians: bring out your coffee mugs 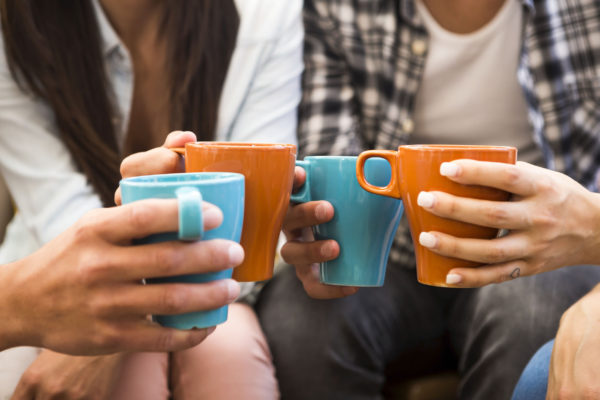 Acting Lord Mayor Arron Wood is encouraging Melbourne’s coffee drinkers to make a small change to their daily routine and take their own mug when they buy a takeaway coffee.

“Melbourne is the coffee capital of the world and it is an important part of our culinary culture, but we also need to do our bit for the environment,” the Acting Lord Mayor says.

“We’re issuing a challenge to Melburnians to bring re-useable mugs when buying their coffee. We’re holding a citywide ‘Mug Day’ and asking coffee drinkers and coffee shops across the city get on board.

“Our love of takeaway coffee generates staggering levels of waste: the average coffee shop in Melbourne sells around 4000 cups of coffee a day. Across Australia, it’s estimated that we discard one billion coffee cups each year.

“The best option for coffee drinkers is to take a mug or a reusable cup with you. Be part of the solution. Make a simple change and bring your own mug.”

The insides of most coffee cups are coated with wax (typically polyethylene plastic) to keep the contents hot and to ensure the cup doesn’t leak.

Chair of the City of Melbourne’s Environment Portfolio, councillor Cathy Oke, says that while it is possible for the City of Melbourne to recycle the cups through the SKM recycling centre in Laverton, it is costly, time-consuming and the machines cannot handle large volumes.

“In theory you can recycle coffee cups but the reality is that because of the wax lining on the paper most coffee cups could be classed as ‘waste’ and not recyclable. If we receive them in small amounts they can be processed along with the paper and cardboard, but the wax on the coffee cups can cause discolouration to the final product,” Oke says.

With the help of a $30,000 start-up grant from the City of Melbourne, Australia’s first reuseable coffee mug, the KeepCup, was invented in Melbourne in 2009. It’s since been joined by Frank Green and numerous other companies offering reusable mugs.

The City of Melbourne’s recycling rewards program, Green Money, allows coffee drinkers to earn rewards for being sustainable. Download the Green Money app, take a selfie with your reusable mug using the hashtag #mugshotmelbourne and you can earn discounts on groceries, entertainment, and of course, coffee.

Responsible Cafés also offers discounts for people who bring in their own reusable cup, with around 2800 participating cafés.

The City of Melbourne spends $13 million on waste collection and disposal each year and is taking number of actions in response to the ABC program The War on Waste.

“We’re supporting the ABC in its drive to help people understand the damage that plastic bags, coffee cups and bottled water have on our environment,” Oke says.

BY ON 21 September 2017
This article also appears in Corporate Waste Solutions.