Using water to cool your… water 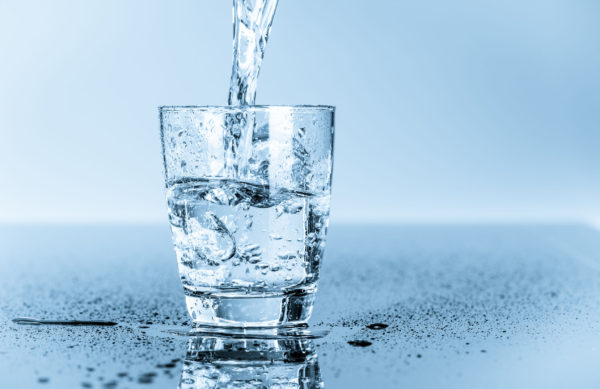 While you may be already aware of the advantages offered to facilities that install instant boiling and chilled drinking water systems in the areas of convenience, sustainability and cost savings, have you considered the physical technology of the systems available?

There are two main options to consider when choosing a type of system – water-cooled and air-cooled. If you are choosing the latter, it’s a good idea to do your research very carefully, as there are now air-cooled systems available that use less energy than others. Heat generation too can be an issue, but again there are currently options on the market that generate far less heat than traditional air-cooled systems. The most energy-efficient instant boiling and chilled drinking water systems use water-cooled technology.

Water-cooled technology basically recovers the waste heat energy produced in the chilling process to preheat the boiling water, which results in considerable cost and energy savings.

Energy efficiency
Water-cooled systems are the most energy efficient option and at Billi we utilise a heat exchange technology that ensures energy and water usage is minimal. When the composition and construction of each component are carefully considered it is possible to achieve a remarkably low carbon footprint.

To add to this, a superior system will incorporate a standby mode, which further conserves energy by powering down after a period of non-use.

It should be noted though that this energy efficiency does have a small trade-off in some water wastage, but this is minimal and outweighs the energy usage produced by the alternative air-cooled system, which uses a fan to facilitate the cooling process.

Space saving
Available space is often an issue to take into account when installing an under-bench boiling and chilled drinking water unit. A water-cooled system can be considerably smaller in size compared to air-cooled units, which means such systems are particularly well-suited to compact commercial spaces or apartment living. It’s true that there are more modestly sized air-cooled systems available, such as the Billi Eco, which is the smallest boiling and chilled under-bench unit footprint on the market, but, in the main, if you want larger water delivery capacity and space is an issue, a water-cooled system is the better option.

Simple installation
A great advantage of water-cooled filtration systems is that they require no ventilation during installation and operation. This saves on installation costs, removes the necessity of damaging under-bench and cupboard space. It also means that there are no unsightly vents or cut-outs in the carcass to contend with. Again this makes water-cooling the preferred option for smaller commercial premises, apartments and retail outlets, but also for areas situated in the middle of commercial facilities where ventilation is more of an issue.

Unlike their air-cooled cousins, however, these units do require a water waste facility, but this is only minor in the installation process.

Easy on the ears
In a world where we sometimes seem to be surrounded by sound 24/7, anything that mitigates that is a welcome option. Water- cooled filtration units use water to cool their compressors rather than fans, which are
much noisier. Water-cooled units operate at approximately 48 decibels. To put this into context, a garbage disposal unit or dishwasher averages 80 decibels, leading to possible ear damage after eight hours of constant exposure. Breathing is just 10 decibels, while bird calls and libraries average at 44 decibels – “the lowest limit of urban ambient sound” according to IAC Acoustics (www.industrialnoisecontrol.com). So you’re looking at noise levels slightly above the tweeting of your local flying fauna.

By comparison an air-cooled unit, using a fan to cool the compressor, operates at approximately 60 decibels. This is commensurate with conversation levels in a typical restaurant or an air-conditioning unit at 30 metres. So the sound levels for air-cooled systems are also easily bearable, but certainly more noticeable than for water-cooled systems, especially in workplace environments such as offices and other commercial environments.