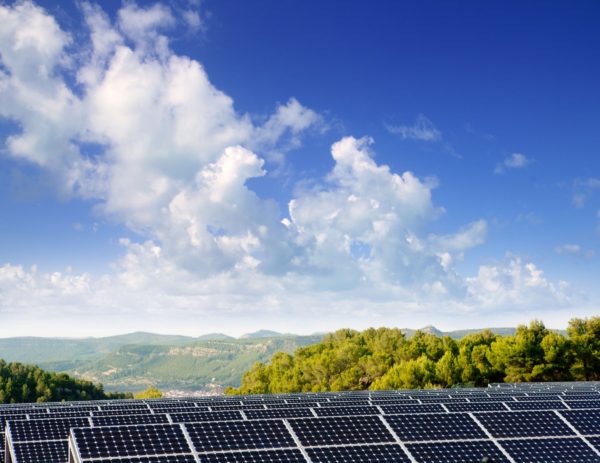 SkyPower, the world’s largest global developer of utility-scale solar energy projects, and China Huayang Economic and Trade Group Co, a Chinese state-owned company under the China Council for the Promotion of International Trade, have announced that they have entered into a world class partnership together.

Huayang has selected SkyPower to be its global partner to develop, build and operate large utility-scale solar projects in key strategic markets. The partnership combines Huayang’s extensive financial capabilities with SkyPower‘s proven solar expertise to bring new, clean energy and hundreds of thousands of jobs to dozens of countries worldwide. The partnership’s mandate and objective is to advance Chinese President Xi Jinping’s vision of eliminating barriers in countries under the Belt and Road Initiative.

In speaking about SkyPower‘s selection by Huayang and the signing of this monumental agreement today in Toronto, SkyPower‘s president and chief executive officer, Kerry Adler, says, “SkyPower is so very proud to be part of President Xi’s visionary policy of opening up economic and trade routes across the Belt and Road regions, stimulating substantial employment and ensuring economic growth and security along the Road. This partnership clearly demonstrates how Canadian and Chinese companies can work hand in hand, in partnership and unison to leverage each country’s respective skills and capabilities to help address and tackle climate change and the other 16 United Nations (UN) Sustainable Development Goals (SGDs), which are critical to humanity and future generations to come.”

Weiwen Cheng, chief executive officer of Huayang International Capital Holdings, the international financial arm of the China Huayang Group, comments: “One of the key objectives of the Belt and Road Initiative, which was showcased in Beijing in May 2017 amongst 29 foreign heads of state, government representatives and global companies from nations around the globe, was for Chinese companies to seek world leading organisations and build global partnerships and platforms to advance important initiatives like climate change.

“After Huayang’s extensive research over the past six months of solar developers around the world, Huayang has chosen SkyPower, the world leading global developer of utility-scale solar energy projects, as its global partner to jointly develop and build renewable energy projects along the Belt and Road regions as well in other key selected countries.

“I believe this unique partnership, which is with a company like SkyPower of the greatest integrity and the highest calibre and professionalism in concert with Huayang, will represent and result in numerous successful renewable energy projects under the Belt and Road Initiative. Huayang intends to use this partnership to help promote trade and requisite financing, which will undoubtedly bring great benefits to the people and communities of these countries. Huayang intends to set up a multi-billion dollar special purpose fund to achieve this important strategic initiative for the projects of this partnership with SkyPower,” Cheng says.

SkyPower‘s Kelly Yin, vice president of Asia Strategy, says, “Huayang brings exceptionally strong financial capabilities to this partnership and a clear focus, vision and strategy, especially under the Belt and Road Initiative. This, coupled with SkyPower‘s track record and development know-how in the utility-scale solar energy industry, creates a unique opportunity to help deliver lower costs of electricity to tens of millions of people around the world.”

The agreement was signed on 7 June 2017 at SkyPower‘s global headquarters, located in Toronto, Canada and represents the first partnership of its kind.