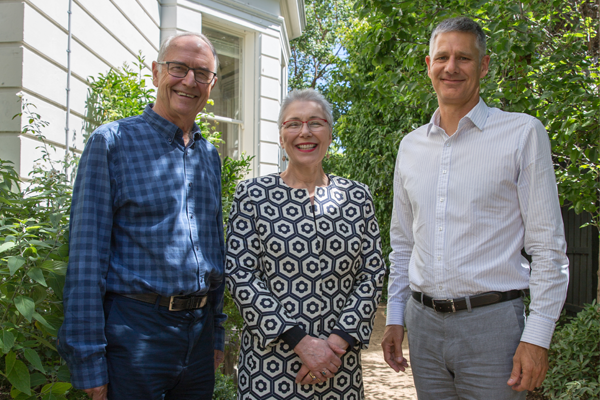 Munro is taking up the chair as economist and energy industry leader Ross Garnaut AC steps down after 18 months in the role. During that time, IIG launched its first solar investment opportunity, the IIG Solar Income Fund, which targeted an IRR of 10 percent, with attractive cash yield. It met with overwhelming investor demand and closed to investors in only four days. The fund’s solar farms have been performing above expectations.

“It has been a pleasure to be part of the successful launch of Australia’s first specialist solar investment fund,” Garnaut says. “My expanded commitments at the rapidly growing SIMEC ZEN Energy have caused me to review the allocation of my time.

“With the Solar Income Fund meeting expectations and well set up to continue its excellent performance, now is a good time to hand over to a new chair.

“I am delighted that Chloe Munro has accepted the Board’s invitation, as she has all of the qualities required to take IIG’s solar funds successfully into the future,” Garnaut says.

Munro comes to the role with a highly distinguished career in Australia’s energy industry. She was honoured, in January 2018, with an Order of Australia for leadership roles in renewable energy, water and climate change process and reform, and to the performing arts.

She is an independent director of NPP Australia Limited, the chair of the Australian Energy Market Operator (AEMO) Panel, served as chair of the Clean Energy Regulator from 2012-2017, and was a panelist of the Independent Review into the Future Security of the National Electricity Market (Finkel Review). She also held executive positions and directorships in some of Australia’s leading corporations and government departments and bodies. Most recently, she was appointed as a professorial fellow in the Sustainable Development Institute at Monash University.

Munro says, “Australia’s energy landscape is undergoing a long-term transition towards cleaner and more efficient use of resources. There remains plenty of scope to invest in quality projects and grow the solar share of our energy mix.”

IIG is currently preparing the new IIG Solar Asset Fund, expected to be larger than $120m and open for investment before 30 June 2018. The company has solar farms in development across Australia, which will be the new fund’s seed assets. The first, The Swan Hill Solar Farm is expected to be operational by June this year, providing clean energy for the equivalent of 6300 average Australian homes.