Cigarette butts can now be recycled into plastic products 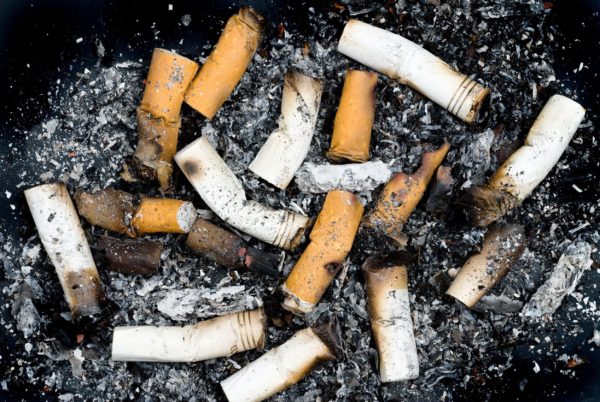 Lord Mayor Robert Doyle AC says the City of Melbourne is one of only two councils in Australia to run a citywide initiative to recycle millions of cigarette butts into industrial products.

“We collect more than 200,000 cigarette butts each week from 367 cigarette butt bins across the city: litter that may otherwise end up being washed down drains and into the Yarra River,” Doyle says.

“Cigarette butts are not biodegradable and break down slowly. As part of this project, we will recycle binned cigarette butts into practical items such as shipping pallets and plastic furniture.

“We have collected 1.2 million butts from around Melbourne’s universities and hospitals and busy CBD locations that can be repurposed.”

The City of Melbourne has partnered with Enviropoles, who collect the cigarette waste, and TerraCycle, who convert the butts into plastic products.

The project is funded through the Victorian Government’s Litter Hotspots program. Studies have shown that of the four disposal routes (recycling, litter, landfill and incineration) recycling the cigarette butts has the lowest impact on global warming.

The City of Melbourne today placed a perspex box filled with 200,000 cigarette butts on the banks of the Yarra River to highlight the impact that littering has on our streets and waterways.

Chair of the City of Melbourne’s Environment portfolio councillor Cathy Oke says the project has been completed in Vancouver and New Orleans before, but Melbourne is leading the charge in Victoria to tackle recycling cigarette waste.

“Cities around the world are looking for new ways to reduce the amount of waste that goes to landfill and Melbourne is leading the way,” Oke says.

“Cigarette butts are the most littered item in Australia. Butts are commonly mistaken for food by marine life and have been found in the stomachs of fish, birds, sea turtles and other marine creatures.”

The Perspex box full of cigarette butts was placed in Queensbridge Square, where three solar compaction litter bins are located. Oke says the City of Melbourne is installing more than 360 smart bins in the CBD following a successful trial of 17 bins last year.

“We collect around nine million butts in our litter bins every year. We hope this project will motivate smokers to place their cigarette butts in one of the butt bins located around the CBD.”

Previous surveys have found that around 10,500 cigarette butts from the central city are being deposited on the ground every day. The City of Melbourne spends approximately $13 million on waste services each year (collection and disposal).