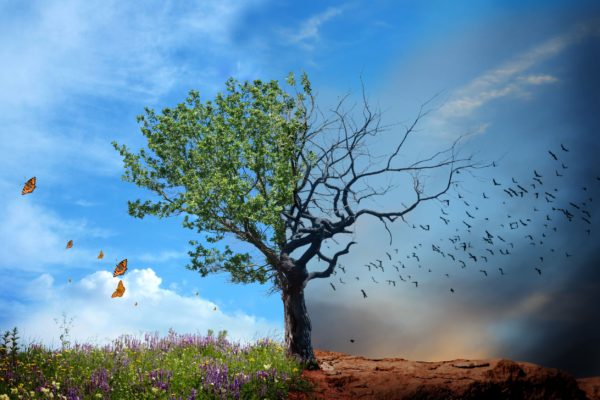 The Climate Finance Accelerator, which was held in London and brought together countries and finance experts to provide fast track practical advice to accelerate NDC finance planning and implementation, has promoted the need for action and support to stop climate change.

Representatives from the governments of Colombia, Mexico and Nigeria presented their countries’ NDC Financing Plan propositions to an audience of City of London and financial experts at the closing event of the Climate Finance Accelerator.

The ‘Financing the Future’ event was held on Friday 15 September 2017, at the Aviva Auditorium, Saint Helen’s, London. The event came ahead of the start of Climate Week in New York, where Climate Change Minister Claire Perry announced the launch of a new Green Finance Taskforce to build on the UK’s strength in the sector.

The Climate Finance Accelerator workshop is a world-first initiative to help countries convert their climate commitments to the Paris Agreement into financeable projects and plans. The consortium delivering the workshop brought together the combined finance and climate policy expertise of Ricardo Energy and Environment, PwC and concept originators Ian Callaghan and Tessa Tennant.

It was hosted by the UK Government, City of London’s Green Finance Initiative and the Moroccan Presidency of the 22nd Session of the Conference of the Parties to the United Nations Framework Convention on Climate Change (COP22).

On the morning of Friday 15 September, following a week of intensive workshops, participating countries presented their finance propositions developed for key climate change mitigation and adaptation projects. These included an electric vehicle taxi scheme for Mexico City, a program to enhance micro-finance for agricultural smallholders in Colombia and a financing plan to stop flaring and deforestation in Nigeria.

The event also featured panel discussions involving the investment institutions that have supported participants throughout the week, and supporting speeches from the Green Finance Initiative, UNFCCC and COP22.

“The UK is a global leader in reducing emissions while growing our economy, and we want to help other countries do the same. The Government’s support for initiatives like the Climate Finance Accelerator can speed up the transition to a low carbon economy and kick-start projects that improve the lives of millions of people around the world.

“It’s been great to see the sharing of knowledge and expertise from the City of London – the world’s greatest financial centre – and the countries involved coming together to address this global challenge.”

Speaking about the impact of the workshop, Sir Roger Gifford, chair of the London Green Finance Initiative says, “The great lesson that we have seen from the capital markets over the past two years is that going green is a global movement – but delivery will be local. Our support for events like the Climate Finance Accelerator reflects our commitment to making London a world leader in climate-oriented finance and investment.

“I take my hat off to the organisers and congratulate participants, who are returning to their home countries with increasingly bankable plans to implement major green infrastructure projects.”

Steve Waygood, chief responsible investment officer for Aviva Investors, says, “As part of Aviva’s strategic response to climate change, we are committed to supporting the move to a lower carbon footing at the pace that is required. Countries should not just focus on capital raising to finance green infrastructure but also shifting capital markets to a more sustainable footing.

“Events like the Climate Finance Accelerator that encourage closer engagement between policy makers and the international financial sector are fundamental to this process.”

His Excellency Ambassador Aziz Mekouar, Moroccan Ambassador for Multilateral Negotiations, extended his thanks to the organisers and participants. “I would like to express my strong appreciation for the Government of the United Kingdom, the City of London, the supporters of this initiative, and the consortium of organisers for their vision and efficiency in hosting and co-organising this five-day workshop.”

He reiterated the importance of climate finance, saying, “Climate Finance is a very strong focus of the Moroccan Presidency of COP22, and our commitment has not moved an inch. Colombia, Mexico and Nigeria showcase clear leadership and forward thinking by having accepted our invitation to take part in this workshop. I strongly hope that we can seize the scaling-up potential of this initiative so that more countries in the future can benefit from it, especially those that are particularly vulnerable to the adverse impacts of climate change.”

To find out more about the Climate Finance Accelerator concept and its role supporting countries to unlock climate finance, visit ee.ricardo.com.