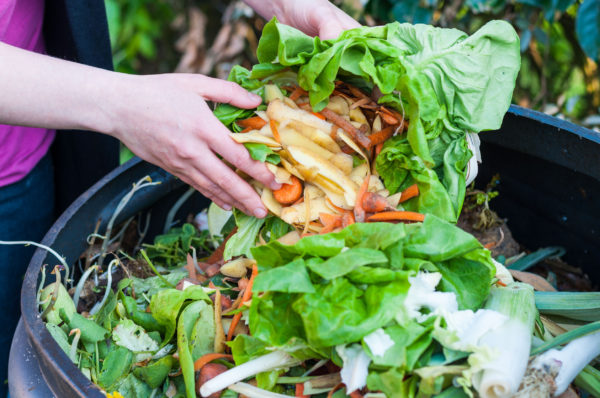 Australians generate 19 million tonnes of organic waste every year. Industry currently recycles around six million tonnes – and one recycling expert is urging householders, businesses and government authorities to rethink the attitude to this material as a critical step in the process of recycling more.

Martin Tower, executive director of the Australian Organics Recycling Association (AORA), debated this point at the eighth annual Australasian Waste and Recycling Expo (AWRE) that was held in Melbourne on 23 and 24 August.

“We look for ways to ‘get rid’ of waste but we need to start managing this material as a resource,” Tower says.

He points to Brisbane City Council’s Northey Street City Farm, which turned four cubic metres of food waste (dropped off by local residents) into compost, as a great example of what can be achieved – but still a drop in the ocean.

“Every little bit helps, but consider what Northey Street City Farm is achieving and then compare that with the 19 million tonnes of organic waste Australians generate every year,” Tower says. “Four cubic metres is a great start but when we look at the industrial scale of this, that method is not the answer to this problem.

“We need to transition to achieving this at an industrial scale with quality products going to enhance the production capacity of agricultural soils.”

Despite the government sector taking up the population’s call for more recycling and less waste – “and that is what the industry needs to leverage off” – Tower says the expectation for instant gratification is a little harder to achieve.

“If you think that a single, state-of-the-art composting facility is going to cost between $12-20 million, and you need one at every council depot to make it work, then it’s not an overnight fix; it’s something we need to transition towards,” he says.

“Also, it’s important to remember that only 50 percent of the food that is manufactured ever makes it into a human body – that’s the stuff that perishes in transport, doesn’t get sold in the supermarket and doesn’t leave the farm. It’s a staggering amount.”

Councils reluctant to raise landfill levies to cope with contamination

While most states have introduced landfill levies to drive recycling, Tower says we can all help to deal with one of their biggest issues: contamination. Rusted out barbecue plates, dog toys, tennis balls – everything gets thrown in.

“Ninety percent of Aussie families would have a plastic bag on the kitchen bench and after dinner they scrape food waste into the bag, along with some packaging, and maybe something the dog’s dropped, then they tie it up and put it in the bin,” he says. “Now that is just utterly useless in terms of the recycling process. You’ve just vastly increased the cost to recycle most of the material in that bag because it hasn’t been source segregated.

“The sector works very hard on getting contamination out of product, but it would be a lot easier if it didn’t go in in the first place. Simply put, it’s not waste, it’s a wasted resource.”

Changing industry, government and consumers’ approach to surplus organics remains a significant challenge. However, there are increasing pressures to make this happen and AORA is playing a major role in achieving that outcome.

BY ON 29 August 2017
This article also appears in Corporate Waste Solutions.