Matt Wall on customer service and his concierge experience 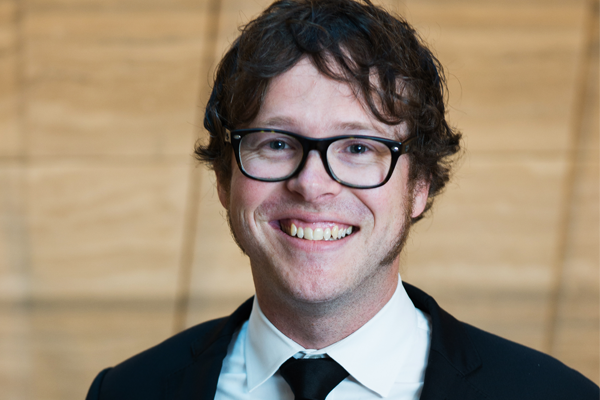 With the importance of human experience on the rise in facility management, MATT WALL says the concierge has become a vital member of the team.

Having started out working in five-star hotels, Matt Wall knows a thing or two about customer service.

But unlike hotels, where the guests generally prefer not to engage with what happens behind the scenes, tenants in major office buildings often come to his concierge desk with specific questions about the functional aspects of where they work.

“We are definitely the conduit on feedback from our tenants and that means we need to work closely with the facility management (FM) and engineering teams,” Wall says. “It’s been a real bonus for me and my professional development that they’re open and forthcoming about how the building works.”

“This is a brand new building and we have a lot of tenants who are very interested in how the building works, from the smart, destination-controlled lifts to the underfloor heating and cooling that makes the building more energy efficient,” says Wall. “It’s great to be able to answer a lot of their questions when we’re showing them around the building rather than having to take them ‘on notice’.”

Wall has a passion for service and is relishing 171 Collins as his first ‘new build’. “I also had a year at the Rialto Towers and although that’s an amazing building it was over 30 years old. Here I came on board a few weeks before we welcomed the first tenants, so I was able to delve into what the building offered for both the people working here and visitors.

“We’re the first port of call for a lot of the feedback,” Wall says. “We need to channel that to the right area, without delay, because our tenants expect things to be actioned promptly. We might need to liaise with security, with cleaning or with engineering and ensure we can communicate effectively to sort out any issues.”

Working in such an impressive space, Wall enjoys the natural light flooding the lobby from the nine-storey glass atrium. “It’s a beautiful first impression and it has to be matched by the rest of the experience for our tenants and visitors, whether that’s the elevator technology that groups people so that they can get to their floor quicker, or the end-of- trip facilities, ensuring they’re functional and pristine.”

Given the importance of people skills within FM, Wall says many people from a hospitality background are transitioning to building management roles.

“I’m very happy with my role at the moment, but I’m interested in continuing to develop professionally. The great thing about 171 Collins is that I’m part of a fantastic, cohesive team where I’m exposed to a lot more in terms of building management. Rialto was different – it was a much larger team and there were two towers, so we had 60 more storeys to deal with.

“Here we work together – concierge, cleaners, security, building management – because we all have the same goal of ensuring the building is the best it can be. So that I can play my role in that, I need to know the basic parameters of what my colleagues do. I’m hoping that I can continue to develop my knowledge so that I can help in a more proactive and strategic role behind the scenes.”