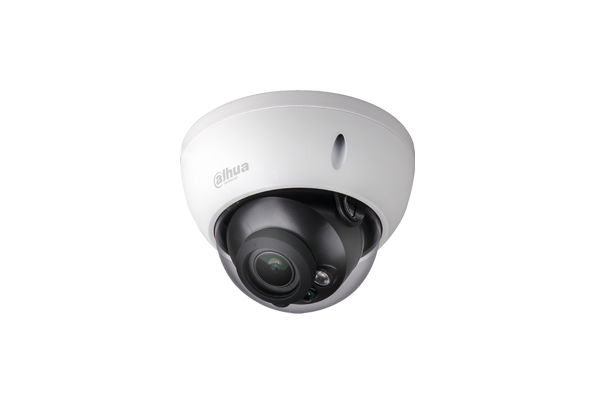 HDCVI 4K cameras have four times the resolution of 1080p with an approximate 16:9 aspect ratio, which represents the highest over-coax imaging resolution in the industry. Dahua Technology’s latest advancement of the HDCVI 4K line of cameras features Starlight Technology that produces colour images in low light applications (down to 0.005 lux). This is a powerful draw for any application looking for high-resolution video, such as financial and various facilities with mission-critical operations that demand high-resolution video over coax infrastructure.

“Dahua Technology’s all new line of HDCVI 4K products will change the industry by not only offering 4K over coax, but also offering the first eight-channel and 16-channel HDCVI Digital Video Recorders that record 4K resolution on each channel,” says Jennifer Hackenburg, senior product manager at Dahua Technology USA. “We look forward to showcasing these new products at ISC West 2018.”

Here are some of the key features of Dahua Technology’s all-new line of HDCVI 4K Cameras:

The use of network-based 4K technologies presents a challenge for applications that are not equipped to transmit large amounts of data over conventional IP infrastructure at long distances. Fortunately, the HDCVI Standard enables analog video transmission at impressive distances without requiring the use of repeaters – and enables the transmission of video, audio and data all over a single RG6 coax cable. The technology enables transmission of 4K-quality video over coax of distances up to 700m (RG6), 500m (RG-59) or 300m using CAT6 cabling.

Available in bullet, dome and eyeball form factors, the new A82A Series of HDCVI 4K cameras are ideal for surveillance of large areas, capturing video with wide-angle overviews and multiple focus points while maintaining the ability to digitally zoom and focus on ﬁne details. The A82A series is equipped with broadcast quality audio. Plus, the eyeball and bullet models offer a built-in microphone.

HDCVI cameras do not transmit data over a network, allowing the video feeds from these devices to be better protected against hacking. For organisations that require a hardwired system to ensure data security, HDCVI 4K cameras deployed over coax infrastructure offer the ideal high-resolution surveillance solution.

Dahua Technology is the first to market with an eight-channel and 16-channel recorder that records 4K video on each channel. This Penta-brid recorder supports HDCVI, AHD, TVI, and CVBS video signals and automatically detects the incoming format for easy setup and configuration. The recorder also supports IP video signals, up to 8MB per channel, and its Smart H.265+/H.264+ video compression ensures efficient storage management. Users can enjoy greater system functionality than would otherwise be possible on an analog system. Some other intelligent features are intrusion detection, virtual tripwire, detection of missing and abandoned objects, and detection of a scene change.  The addition of these smart analytics can dramatically improve overall surveillance and security for virtual application at any facility location.

For more information, visit Dahua on the ISC West show floor in booth 14039, or visit us.dahuasecurity.com.