The crusade against disposable coffee cups 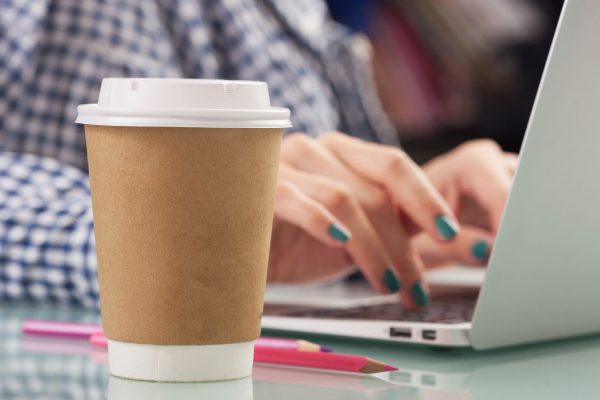 A Queensland coffee company has joined the war on waste by launching a compostable cup crusade to stop more than three million disposable cups going to landfill every year.

The Brisbane-based coffee company has teamed up with BioPak to be the first coffee business in the state to introduce eco-friendly takeaway cups and lids at its stores for composting with Merlo’s coffee grounds, food scraps and packaging.

Company founder Dean Merlo says ditching plastic-coated cups and moving to a composting system will cut Merlo’s carbon emissions by 25 percent, keep 9.4 tonnes of plastic out of landfill and create 164 tonnes of compost each year.

“In our 15 Merlo cafés across Queensland, we go through millions of takeaway cups every year – if you lined them up, they’d stretch from Brisbane to Byron Bay and back again!” Merlo says.

“Research shows three-quarters of Australians drink at least one cup of coffee daily, but an estimated one billion disposable cups end up in landfill each year, where they take up to 50 years to breakdown.”

Merlo is urging coffee lovers to join the compostable campaign. “Now, thanks to companies like BioPak making eco-friendly materials, Merlo customers can keep their caffeine habit and do something good for the earth by dropping their cup in our collection bins,” he says. “In just eight weeks, your coffee cup becomes healthy worm food.”

Since 26 November, customers at Merlo-owned café s are being served takeaway coffee in BioPak single wall cups made from plants, rather than crude oil. The used cups will go into special composting bins in each Merlo store, along with food scraps, packaging and coffee grounds.

The waste will be transported to a facility at Swanbank near Ipswich, where recycling and revegetation innovator NuGrow turns it into organic compost.

BioPak CEO Gary Smith says Merlo customers can now be part of the solution to the national waste crisis. “Along with a mountain of coffee cups, Australians dump more than eight million tonnes of food and organic waste that could be composted.

“We are thrilled that Merlo is leading the way in Queensland by composting its cups and organic waste – I’m sure its coffee-loving customers will seize the chance to be part of this change.”

Merlo also aims to roll out compostable cups to 1600-plus cafés it supplies with Merlo coffee beans.

Customers and coffee consumers are urged to mane a difference by:

More information can be found at merlo.com.au.