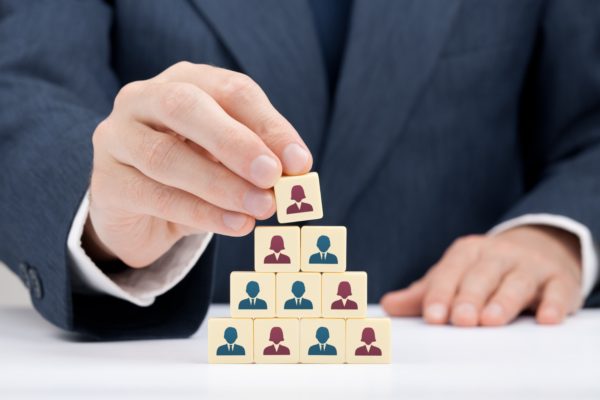 As vice-president of strategy and transformation at global automation and energy management giant, Schneider Electric, Preeti Bajaj is carrying the torch for women in high-profile positions in facilities management.

Born in India, Bajaj came to Australia by herself in 1998. Coming from a different cultural background, she had to quickly adjust to a new environment. She says she’s needed to overcome both overt and unconscious gender and cultural bias to succeed in her role, delivering the company’s strategic action plan throughout the Pacific and establishing market development and sales teams.

But she notes that the business landscape is changing, albeit slowly, and the main driver seems to be greater awareness; the penny is finally dropping among organisations and their chief executives that diversity and inclusion is a key performance metric.

“My observation, and I’ve been seeing this for a few years, is that when we look at the customer side – the major corporates, the government agencies with massive portfolios – they all are committed to diversity and inclusion. When I look around FM, particularly with service providers, the evolution there is not matching its customers.”

Bajaj believes there’s a simple equation: “A workforce that has familiarity with the corresponding customer side can deliver better outcomes for that business. It’s a small shift; diversity isn’t about giving women jobs for the sake of it, but rather a commercial imperative for the new landscape we live in.”

Brisbane-based general manager at Investa, Christine O’Hara says the property industry conversation has evolved in recent years, although she believes FM is probably the one remaining sector yet to see any appreciable change.

“When we recruit for an FM position, we rarely see female applicants,” she says. “We know there are plenty of women in engineering and STEM fields at university, so we don’t understand why the gap exists between their study and working in our sector.

“It would be good to see that change; we know of the organisational performance enhancements seen in other sectors through diversity in gaining different perspectives.

“It is true also that the industry is changing; we have more reliance on the building management systems rather than a need to be able to fix the equipment. In our business, most landlords are reasonably reliant on external contractors and promoting the idea that a technical background is not a requirement will attract more women into the space.”

As awareness grows, Bajaj believes we will see a shift in culture, but that will be gradual. “There’s definitely a call to action on diversity and inclusion, and service providers might well be aware of this, but I don’t believe they’re acknowledging it fully just yet. You can’t flick a switch on culture.

“I believe there is a confidence gap in our industry and companies are looking at what they think is a risk when considering either men or women for particular roles. Again, I must stress it’s not about affirmative action; women are simply looking for equality of opportunity.”

Bajaj says when it comes to leadership roles in FM, women suffer from a lack of visibility. “I think there should be a focus on the talent of women in FM at the general manager level; for some reason they are rarely visible in the industry. I see very few of them on a podium, developing their personal brand, speaking on their areas of expertise. That GM layer needs to be exposed.”

The discussion on diversity and inclusion has been boosted by the ‘Male Champions of Change (MCC)’ initiative. “That’s made it OK for people to talk about diversity in the organisation and I’m proud that Schneider is also a signatory to the UN women’s empowerment principles,” Bajaj says.

“But that’s just a first step. As an industrial engineering firm we’ve made a shift to recognising talent comes in different shapes and sizes. I think perhaps it’s a bit easier for multinational companies; when you walk into our offices you don’t see only people who were born and grew up in Australia.”

O’Hara believes the property sector, with impetus from the MCC initiative, is starting to open up the ways that women can enter the field. “The MCC research talks about women coming into property from different paths and I think that’s what we’ll see in the FM space as well.

“Certainly at a university level we’re seeing that shift; my nieces are finishing high school and there is definitely
a focus on STEM subjects now. We have a glut of legal students and other professions, the workforce is changing and more women are coming through with exposure to a more technical background.”

A shot in the arm

Bajaj wants to see more women ‘step up and step in’. “With the conversation gathering momentum, we have to forget the idea of ‘leaning in’ and simply walk in. We need to develop our confidence in wanting to do expanded roles and risky projects.

“I don’t know all there is to know technically, but I can learn; my background is not in engineering. But say you’re in an executive team with 10 guys – it’s hard not to have the thoughts about ‘what if I fail’? It’s a constant debate you have with yourself.

“My recommendation to a lot of women is to build your mentor networks, as well as strong friendships above
and below the layer you’re working in. Share with your peer networks, get advice from outside your organisation. Every time I have a conversation with someone about their corporate challenges I gain insights.

“Peer networks are strong among men because they put time in and add value to the relationship. If women don’t do that, how is someone going to remember who they are when it comes to the day of the promotion?

“Women need tactical steps, otherwise the momentum around diversity will be fruitless. To be fair to the service provider chief executives, I will say they want to be dazzled and surprised. There are talented women in FM – I started there and worked in it for nine years. I went for a young executive award of the year and got it because I put my hand up to compete. That particular experience was wonderful – it transformed my thinking and my network, and stress tested my skills.”

According to Bajaj, the number one reason to enhance diversity in FM is the commercial imperative. “Your organisation must also represent what your customer believes.

“Number two, in FM we are seeing a shift from just technical contracts to overall service; generalist service skills can be better for the customer at management level. Yes, men can do this, but women generally come from that background.

“The third point is the need to put together multidisciplinary teams to meet customer requirements. Male CEOs have said to me this is something that is natural to women, to develop the right inclusiveness and collaboration.

“The conversation about diversity is really geared into what skillsets are needed for a contract, a customer or a project. It’s a combination, then, of skills, backgrounds and genders. Look at the way IoT (Internet of Things) is changing FM – things will run themselves; we need to put the right people with the right skills around that greater automation and that may not be the traditional highly technical background we’ve seen so far.

“There is a fixation that everyone needs to be a specialist of some kind. Unless you’re aiming for a career as a neurosurgeon, most other things can be learned. The massive specialisations we’ve seen in FM narrow down the pool of talent and are diametrically opposite to a growth mindset.”

O’Hara agrees. “The way we deal with customers and tenants has evolved; we’re delivering services on a customer- centric platform. Along with that, the way we recruit for FM people has also moved on.

“We’re not hiring for specific technical skills, as much as attitudinal attributes. The type of people we want to bring in need a level of service skills that we believe are found equally across genders. Essentially, we’re looking at a wider pool of talent.

“Also a lot of tenants are government and big corporates that have a focus on diversity as well. I can see them looking to their providers to meet certain levels of diversity and a range of criteria. We’ve achieved a lot with regards to sustainability and governance here at Schneider Electric, and we have certainly begun our journey towards achieving great outcomes in diversity.”

In 2016, alongside nine other world leading companies, Schneider Electric participated in the UN Women’s inaugural HeForShe IMPACT 10x10x10 initiative, which saw Schneider Electric make commitments to improve diversity by the end of 2017. The initiative challenges governments, corporations and universities around the world to champion transparency by periodically and publically sharing standard figures on gender representation, something which they feel will be a big step towards making positive change.