Elusive odours – tracing a bad smell in your building

Elusive odours – tracing a bad smell in your building 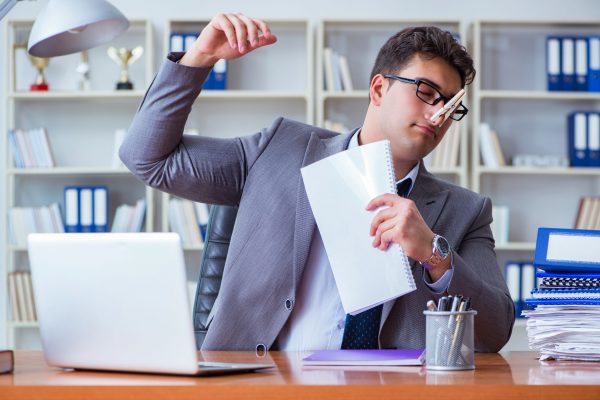 The nose always knows, but finding the cause of an odour issue is another matter, writes PAUL ANGUS.

Probably one of the biggest headaches for any manager is discovering an awful, unpleasant stench emanating throughout your facility or building that, quite simply, won’t go away. Tracing the origin of a foul odour can be challenging, especially in a high-rise tower or a building that has been extended over its lifespan and no building services drawings or plans are available.

This scenario often calls for you having to play detective. Let’s say it’s Monday morning and your tenants are once again complaining about an offensive smell. You literally have to sniff out the clues, and inspect all the evidence, to get a whiff of what’s going on.

But it’s not a simple process. Further investigations reveal that the smell is apparent in certain areas of the building that are not necessarily in the same location, nor have any obvious links to one another. It’s also not there all the time. Just as in a crime thriller, where the evidence is discovered is not necessarily where the wrongdoing was actually committed, you’re trying to solve a mystery you know is there, but one you simply cannot see.

Nuisance odours are often not seen as a high business risk based on their relatively low occurrence, but when they do present themselves, resolving the issue is paramount to the continuity of the business. In a building, unwanted smells are a nuisance and a risk to public health. They could ultimately lead to loss of earnings or rendering the facility uninhabitable.

Finding the source of a foul odour isn’t always straightforward and within building services there is much that can throw you off the scent. Odours often travel through risers, ventilation ducts, electrical outlets, even holes or cracks in the joinery. Remediation typically begins with superficial solutions; for example, sealing up dwellings.

People’s perception of unpleasant smells varies with time and exposure or with a number of other site factors that make it hard to track down just where the foul odour is coming from. When cross-examining the key witnesses – in this case the building’s tenants – it’s important to request that some kind of diary or log is created in an attempt to narrow down the line of suspects and build your case.

In the investigation, the plumbing system is always the number one suspect – with the odour mainly attributed to a badly designed
or installed sanitary drainage system. After you’ve put that under the spotlight and it appears to check out, where do you go next? Your experience may tell you there’s a need to delve deeper.

Within the sewer system, a gaseous compound is lurking, consisting of a mixture of inorganic gases, such as hydrogen sulphide, ammonia, carbon dioxide, methane, nitrogen and hydrogen. Although these elements may not mean much to most people, coming into direct contact with gases released by this blend of ingredients could result in serious respiratory system problems or even cause a fatality from pathogens and disease.

So, how do you find the source? Within every building, the sanitary drainage system is connected to the local utilities sewer network via the boundary trap, and usually vented at roof level, where any sewer gases can discharge safely to the atmosphere. The water trap seal is the only barrier between the drainage system and the working environment within the building or facility and this is essential to prevent unwanted smells, noise and, most importantly, pathogens and disease from spreading from the system.

The building drainage pipework can be compared to a major underworld crime syndicate – you know it is there and operating, but you just can’t see it. A network of drainage pipework is buried deep within the building, concealed and guarded within the inner depths of risers, effectively out of sight and out of mind.

So why is this foul odour so elusive? In most cases, these gases escape through the floor drains found in plantrooms or unused areas of the building where a trap seal may have effectively dried out or evaporated. In the majority of cases, these floor wastes
are located within unoccupied locations of the facility where the smells can be quickly transferred around the facility via the mechanical ductwork.

You think the mystery is solved and now you can implement a strategy to avoid the crime being recommitted, simply by arranging to install an automatic trap primer that tops up the trap. If only it was that easy!

Obtaining the fine balance between the arrangement of the drainage vent system and the water seal is the critical aspect to avoiding unpleasant odours entering the building – in other words, equalising the atmospheric pressure caused by wastewater conveying through the system and allowing the sewer odours to terminate to the atmosphere.

The water trap seal can be lost in any fixture due to self-siphonage, induced siphonage and positive pressures within the system; the location of the vent pipe terminating to atmosphere is also susceptible to wind effect. The most common source is caused by trap seal evaporation, due to the operating temperature of the room where it is located.

Renovations within buildings and facilities can result in modification to the existing drainage system. It is crucial that the venting configuration is adapted to conform with AS 3500 Plumbing and Drainage, otherwise this will lead to issues with negative pressure occurring and effectively reducing the trap seal (also known as pulling the trap).

As waste conveys from the fixture and into the pipework the momentum causes the trap seal loss to occur, termed as self-siphonage. It is very common within mid- to high-rise buildings for induced siphonage to occur; this is a result of other fixtures discharging on the upper levels within the building, causing pressure fluctuations and affecting the trap seal on the lower levels; for example, when the water seal in the WC starts rising and falling (pulling) or gurgling.

The following items are the most common causes of how sewer gases can enter the buildings:

A blocked or incorrectly located vent pipe. Every facility has a vent system specifically for the drainage within the building or facility. If this vent configuration is installed incorrectly it restricts the passage of atmospheric air to balance the pressure transients and odours can’t be released to atmosphere, negative pressure occurs and the odours disperse within the building.

Fractured pipework. Drainage pipework is extremely durable; however, pipework and/or fittings can be susceptible to damage for a number of reasons. Building expansion or movement can play a part although, in some cases, prolonged periods of high temperature hot water can cause thermal damage and movement, allowing foul odours to disperse into the building.

Evaporated trap seal. This is the most common cause of sewer odours and usually occurs at fixtures that are rarely used; for example, the basin or shower at the end of a disused wing or within plantrooms where the ambient temperature causes the trap seal to evaporate into the atmosphere. This issue can be amplified if the plantroom involves the mechanical ventilation system and can quickly cause the unwanted smells to transfer throughout the building.

Adapting the vent arrangement within a complex building or facility when it is fully operational can be extremely challenging, in terms of installing a new vent pipe penetrating through multiple floor levels to reach the roof anddischargetoatmosphere.Analternative is to install Air Admittance Valves (AAVs) near the trap seal being affected.

The easiest solution is to recharge the suspected trap seal with water. This is only a temporary solution, however, as the issue will
only recur. Permanent methods of charging the floor wastes are available on the market to remove human failure and prevent the issue from arising.

Should foul odours still be causing a nuisance within your building or facility after taking these simple steps, a hydraulic consultant or plumbing contractor should be contacted to investigate and finally solve the case.

Paul Angus is an associate director – Hydraulic Services at AECOM, based in Sydney. Paul has strong commercial and technical capability in developing and delivering hydraulic design strategies and solutions. He specialises in providing a sustainable approach to system design, including water conservation, recycling and generating innovative engineering solutions. He has extensive experience in the hydraulic design, pre-acquisition and condition surveys, including all forms of specialist client advisory work. He also has extensive experience in expert witness reporting, taking part in adjudications, mediations, negotiations and arbitrations.