A call for the environment: Australians encouraged to recycle old phones 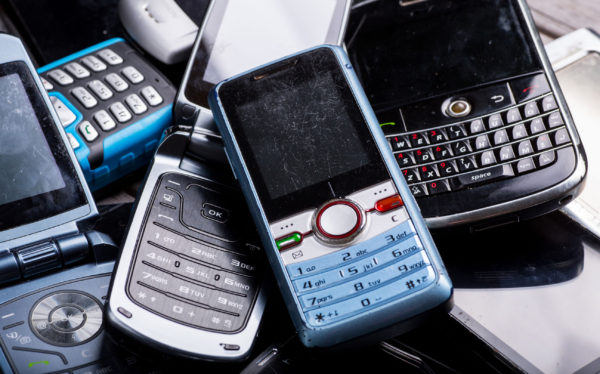 It’s always difficult to say goodbye to something that once meant a lot to us, but when that something is broken and no longer working, shouldn’t letting go be easy?

When it comes to mobile phones, apparently not. According to new IPSOS research commissioned by MobileMuster, Australia’s love affair with old mobiles remains a challenge. As a nation, we’re holding onto five million unusable mobiles, a figure that has increased by almost a million in the last year. And that’s just the broken ones; there are over 23 million old mobiles lying around in Australian homes that could otherwise be recycled.

This World Environment Day (5 June), MobileMuster is calling on Aussies to make a positive move and recycle those old, broken and unwanted mobiles. The research found that while over three-quarters (77 percent) of Australians are aware of mobile recycling, just under a third (31 percent) have ever recycled an old mobile.

“It’s time to let go,” says Spyro Kalos, MobileMuster’s recycling manager. “If your mobile is broken and can’t be turned on, then it’s essentially just a piece of junk.”

“While the phone may be worthless to you now, it’s not to the environment,” he continues. “By recycling your old mobile, you’ll be sending much needed materials back into the supply chain to make new products. And this reduces the need to pull materials of out the ground. Recycling mobile phones is a positive environmental step that we can all take.”

Of the materials used in mobile phones, 98 percent can be recovered and reused. This includes precious metals, plastics and non-renewable resources. Recycling 50,000 handsets can remove the need to mine over 330 tonnes of precious metal ore.

The research also found that Millennials are the least likely to recycle their old mobiles and are most likely to resell them. “If your phone is still working, we encourage you to reuse it by either selling it or passing it on to friends or family, and by doing so you’ll be extending the life of it – which is a good thing. But if it’s at the end of its life, recycle it. What are you waiting for?” says Kalos.

Recycle your phone by dropping the handset and its accessories off at one of over 3000 MobileMuster drop-off points or at all the major retailers including Telstra, Optus, Vodafone and Virgin Mobile stores, or download a mailing label from the MobileMuster website. It’s easy and it’s free. Don’t put your phone into the general waste bin – it can have damaging effects on the environment. Some mobile phones contain materials that, when put into landfill, can contaminate the earth, the water and, in turn, the health of people.

MobileMuster is a not-for-profit program and is the mobile phone industry’s way of ensuring old mobile phones and accessories do not end up in landfill – but instead are recycled in a safe, secure and government-accredited manner.

All data contained on phones is destroyed in the recycling process.