Ergonomics and your bottom… line 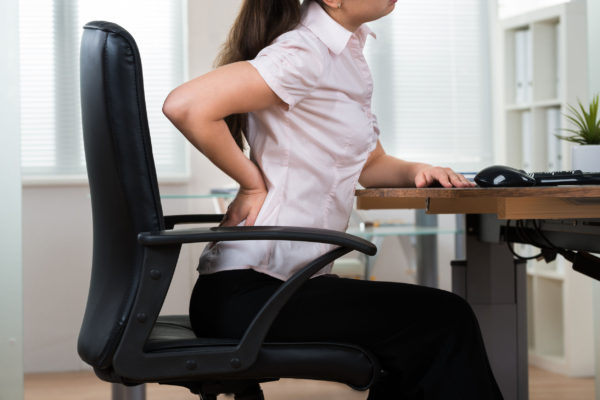 The study and awareness of ergonomic principles has been traced back to Ancient Greece, with a notable early example being Hippocrates’ description of the optimal layout of a surgeon’s workplace and placement of the tools used. In more recent times the application of ergonomic principles in workplaces has increased in prevalence and acceptance. But while there is widespread agreement that this is good for the health and well-being of employees, what many organisations don’t realise is the impact this can have on ROI (return on investment).

In short, applying ergonomic principles in your workplace is good for bottoms and the bottom line. But the practice has a perception problem, with it being seen simply as a required component of an occupational health and safety (OHS) program, rather than a component of an effective business strategy. It’s associated with such terms as ‘compliance’, ‘regulation’ and ‘policy’, none of which inspire the minds of business leaders. Many organisations see it as solely a reactive discipline. Too often an ergonomist comes in after a move or when someone has a specific injury, and this becomes a very costly experience for the business – due to requirements for specialised equipment costs and perhaps retraining costs. If ergonomists are brought in at the beginning of an office fitout, on the other hand, substantial cost savings can be made.

Things are changing. A 2007 study by DeArmond, Huang et al found that fortunately awareness at the highest financial decision-making level is actually quite high, with majority of the 231 executives and managers surveyed recognising the need for safety measures in their workplaces and 87 percent believing that investment in this area would lead to a positive ROI. The survey revealed a belief that for every dollar spent on direct costs, an additional $2.12 would be spent on such indirect costs as workplace disruption, lost productivity and increased insurance premiums.

When asked to nominate their perceived ROI for the implementation of safety measures, the survey respondents gave a figure of US$4.41 per dollar.

There are two types of costs considered when calculating ROI – direct costs, such as those incurred in response to injury or discomfort (notably workers’ compensation and medical care), and indirect costs, such as increased insurance premiums following claims, lost productivity, administrative time and replacement costs for damaged materials, tools and property.

Various researchers, including Lahiri, Hughes and Kerr1 have attempted to develop repeatable methods for quantifying the ROI of an ergonomics program and a number of case studies have been carried out. Leading up to the review of the 2000 OSHA Ergonomic Program Standard in the US, a report by the General Accounting Office (GAO) chose five organisations across myriad industries for detailed case studies on the reduction of workers’ compensation costs. All five organisations demonstrated significant reductions in workers’ compensation claims, ranging from 35 percent for the Sisters of Charity Health System to an astounding 91 percent for Texas Instruments. Further, the average cost per injury claim was reduced by up to US$16,500.

Another report in the Journal of Safety Research2 pulled together 250 different case studies looking at the benefits of ergonomic programs in manufacturing industries, office environments and healthcare facilities.

Apart from the reported reduction of injuries, increased productivity and the lower turnover rate of staff, the report also found that the average payback period for such ergonomic interventions was less than a year, often as little as six to seven months.

Increasingly, well-crafted ergonomics programs can lead to improved revenues in more tangential ways. High-calibre employees are drawn to companies that offer more than simply attractive remuneration packages. Companies like Google, eBay and Amazon know that to attract and retain the best employees they need to demonstrate a commitment to staff well-being – with on-site gyms, comfortable workstations and wellness programs offered. Higher-calibre employees lead to greater productivity and, in turn, increased revenues.

The smartest companies also realise that ergonomics is not a ‘set and forget’ application. ING Direct has recently completed a new fitout in its Sydney office. Following this, the company undertook a two-day ‘train the trainer’ course for 17 members of staff from human resources, health and safety, IT and facilities, while also conducting employee level assessments. Training key stakeholders from different departments in the business is key, as it allows organisations to create a positive culture around ergonomics. This ensures it is not solely one person’s responsibility, which can often overwhelm people and typically leaves developing ergonomics programs at the bottom of the priority list in a business.

Kirsty Angerer is a specialist in workplace furniture and ergonomic program development, including ergonomic evaluations and training for managers and employees. Kirsty achieved her BSc honours degree in human factors and ergonomics at Loughborough University, UK. Having worked for the past seven years with a global client base from the UK, Europe and Middle East, she now works from Sydney and brings her wealth of knowledge and experience to Australia and New Zealand.