Are your facilities safe from the elements? 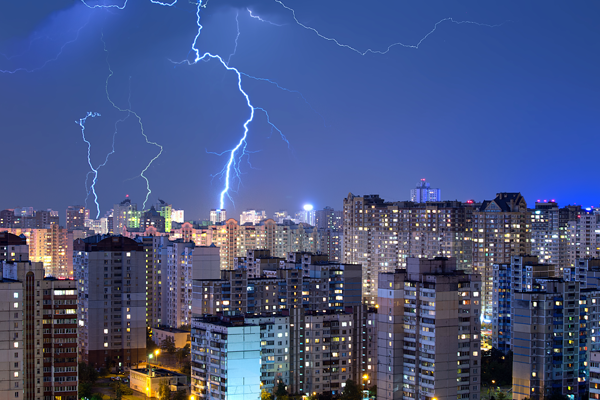 In a world that feels increasingly less safe, conscientious facilities managers need to ensure that any possible threat to security is addressed. But it isn’t always about keeping people in or out of buildings that you need to consider. Utilising reliable products that are impervious to the elements is also of increasing importance. DAVID WARD reports.

Not to be too alarmist, but you may have been reading recently of the earth’s imminent pole reversal. This isn’t the time or place to go into great detail about what it actually means when the planet’s north and south poles gradually swap places and the magnetic field decreases accordingly. Suffice to say, it is happening and that process is accelerating, with statistics pointing to a 10 percent drop since it was first measured by Carl Friedrich Gauss in 1832. There is a lot more to learn about pole reversal and why and how it happens. But what is of greater interest to most people are the ramifications of this process. What will it actually mean, considering previous pole reversals have been linked with mass extinction events?

Well, what we do know is that the Earth’s dependable magnetic field is what protects us from massively high levels of radiation. According to Jake Parks, a writer and communications specialist from the Department of Astronomy at UW-Madison writing on the Astronomy website (cs.astronomy.com), “Since the human body is vulnerable to cosmic radiation, the prevalence of cancers would see a sharp increase. Our brains also contain tiny amounts of inhaled magnetite, which when found in abundance has been linked to Alzheimer’s disease,” he writes, while finishing on a rather forlorn optimistic note: “Hopefully, by then humankind will figure out a way to deal with it.”

And so many of us thought catastrophic climate change was all we had to worry about… There’s not a great deal you and I can do about the pole reversal threat; that’s pretty much in the hands of the scientists and governments that fund them. But it’s safe to assume that Bruce Willis and Ben Affleck won’t be able to don orange space suits and save the day this time.

There is, however, something we can do about climate change. Lots of things in fact. Al Gore, for one, has given us plenty of practical advice in his two films, An Inconvenient Truth and An Inconvenient Sequel: Truth to Power. And while some may quibble over details or the odd disputed figure, it’s only the most vehement climate change deniers who can ignore the statistics that point to rising sea levels, melting polar icecaps and the increase in disastrous major weather events.

While hopefully we’re all beginning at least to do our bit to cut carbon emissions and reduce pollution by recycling and reusing, it’s also important to make sure we’re prepared for the physical changes that have already begun to happen.

This is especially true for facility and property managers who are responsible for the well-being and safety of the people who live and work in the buildings under their watch. It’s often quoted that seven of Australia’s warmest years in recorded history have occurred since 2005.

As we have seen, rising global temperatures aren’t uniform and climate change in action can see bushfires and wildfires in some parts of the world at the same time as weather events such as the furious cold snap in the US in December 2017. While President Trump may not be able to get his head around the difference between climate and weather (though, to be charitable, it would be hard for even Stephen Hawking to explain complicated science in 280 characters or fewer), these regular extremes of weather events appear to be the new reality.

Again what does this mean for facility managers? How can they protect both the users of their buildings and the buildings themselves from changing conditions?

Security is a challenge at any time, but throw some adverse climate and location related elements into the mix and you could find yourself locked out of your own building as inferior products fail.

High-security steel weatherproof padlocks, such as those used by the defence forces, heavy industrial operators and high-security government departments don’t contain parts such as springs or pins that can jam or rust. This means they will be operable in even the most severe environments such as storms from the sea, burning sun, biting frost, desert sand and dust.

Just think for a moment of the possible alternative. Say there’s an emergency. People need to access or exit a building urgently, but an exterior lock has rusted through, fallen prey to salt corrosion or frozen solid… the probable outcome doesn’t bear thinking about. When you consider this, it isn’t just a good idea for locks to be weather proof, they need to be super weather proof. In fact, this could be a potential lifesaver. ASSA ABLOY’s ABLOY Super Weather Proof padlocks provide this solution – with locking components incorporated that are protected to ensure operation in all conditions. Security is guaranteed even with regular exposure to extreme heat or cold, storm-driven salt water or fine desert dust.