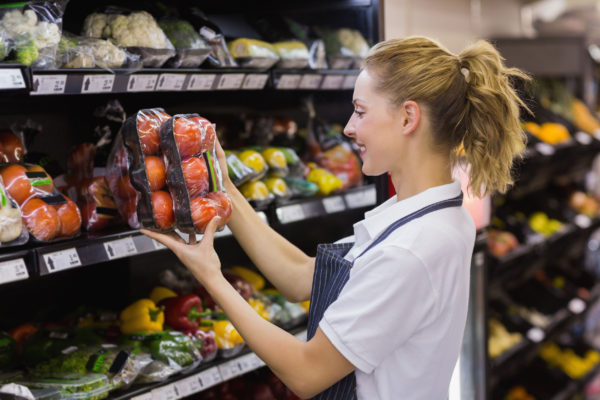 The project began as a small pilot in Victoria. With seed funding from the Victorian Government, RED Group started collecting used checkout bags and polypropylene ‘green bags’ through primary schools.

This evolved into a partnership with Coles Supermarkets to collect soft plastics in all of its supermarkets. Initially, the service was only offered in 100 stores in metropolitan Melbourne, but after a successful trial it was extended to all 480 Coles stores nationally. A grant from the Australian Packaging Covenant assisted with infrastructure costs.

Since then, the REDcycle program has continued to expand with the support of packaging manufacturers and food and grocery brand owners.

Founder Elizabeth Kasell initially approached the Australian Food and Grocery Council, which strongly endorsed the program and helped to set up meetings with its members. Kasell’s initial target was the ‘top 10’ brand owners whose products made up a large percentage of recovered plastic packaging, and all of these companies signed up to provide ongoing financial support. Additional companies have joined since then.

In 2014 the program started to roll out to Woolworths supermarkets, helping to bring the total number of drop-o points last year to over 600. The collected plastics are sorted by RED Group, then sent to local manufacturer Replas to be turned into plastic bench seats, bollards, lumber replacement and other moulded plastic products. Participating brand owners are able to place the REDcycle logo on their packaging with advice for consumers on how to recycle.

In late 2015 the program was launched in New Zealand, with support from the Packaging Forum, the New Zealand Government, retailers and manufacturers. The Love NZ soft plastic recycling program is currently only available in Auckland, Waikato, Canterbury and Wellington, but further expansion is planned over the next few years.

Over 200 collection bins are located in New World, Pak’nSave, The Warehouse and Countdown stores. Since the scheme was launched, customers have dropped o over 45 tonnes of soft plastic packaging, equivalent to around 10 million bags and wrappers.

In 2016 the Love NZ soft plastics recycling program won an award for supply chain innovation from the Chartered Institute of Logistics and Transport.

Both of these initiatives have helped to reduce packaging waste by overcoming important constraints to resource recovery. Foodstu s found a solution by redesigning its packaging to match the availability of recycling services for commonly used materials, namely PET and cardboard. At the other end of the life cycle, manufacturers and retailers developed a program to collect soft plastics through retail stores because there was no other widely available solution.

Clearly these initiatives, and others like them, are just the beginning of the journey towards a circular economy. Industry leadership will be critical to its success.

This article also appears in Issue 6 of CWS magazine.

BY ON 3 October 2017
This article also appears in Corporate Waste Solutions.