Fires and the recycling industry

Fires and the recycling industry 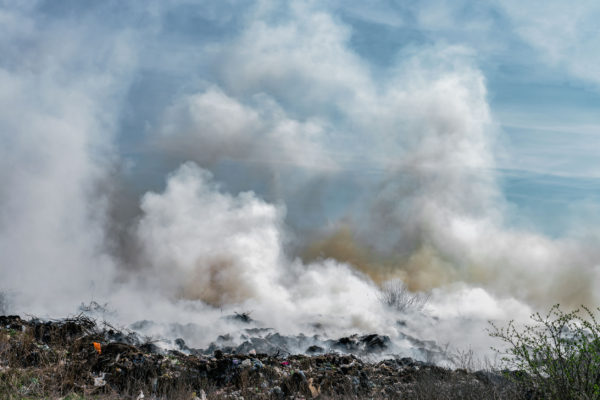 Fires in the waste and recycling industry are becoming all too common and the sector is, sadly, becoming known for its large blazes. This is not to suggest that Australian recycling facilities are badly run – they’re not. It is, however, a sector that is at risk from fires.

There isn’t good data on how many fires occur in recycling plants around Australia. A 2016 report for the Department of Environment concluded, “There is an urgent need for the collection and reporting of waste fire statistics in a standardised form.”

Ryan Fogelman of Fire Rover in the US reports that, for the 12 month period from July 2016 to June 2017, there were 268 fires reported at recycling facilities in North America. This is likely a substantial understatement, because it only covers fires reported in news services.

A further article from 2016 reports that there are typically 250 waste fires in the United Kingdom each year, however the scale of these fires is increasing. The annual cost to fire and emergency services from waste fires is estimated at around £16 million per year.

The focus of the conversation surrounding many fires is typically the storage of waste materials. Clearly, large stockpiles contribute to the intensity of a blaze once it starts. It’s an obvious fix in the eyes of a regulator, but not necessarily straightforward when a recycler is dealing with ebbs and flows of waste generation traded into global markets that can suddenly change as demonstrated by the GFC’s impact on recycling.

The industry is vulnerable to fires simply because of the nature of the materials handled – incompatible wastes mixing cause spontaneous combustion, lithium batteries explode in shredders. Then there are fires starting from self-heating waste, arson and even falling embers from neighbouring fires or bushfires.

The industry needs to respond proactively, taking steps to prepare and implement tight industry codes of practice. A solution could be to implement, as a minimum, the following:

The sector should work with firefighters and regulators to craft these standards, establishing a national ‘fire protection’ (or similar) working group of WMAA to coordinate the efforts. A push for fire codes to should become standard across Australia. It should be a level playing field between new and existing facilities, just as it should be between states. It’s not good enough to have waste move to a cheaper facility simply because the fire protections are lower.

Government can support the sector in this transformation. The NSW ‘authorised amounts’ is a good approach to stockpile limits. Allocating Waste Less, Recycle More type funding to help the industry develop fire plans would be an excellent way forward. ‘Grant Musgrove from the Australian Council of Recyclers says that landfill levy funds should be freed up to ensure that recycling facilities are adequately protected.

MRA provides services to large and small business and all levels of government, and was voted ‘Best small consultancy in waste in Australia’.

BY ON 1 September 2017
This article also appears in Corporate Waste Solutions.