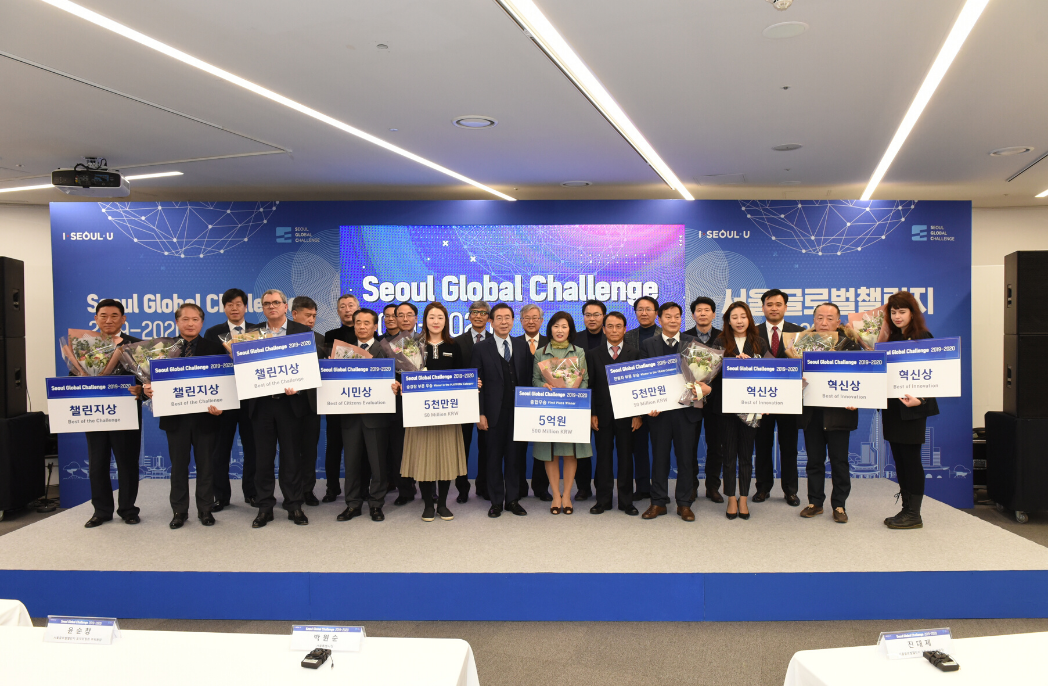 The Seoul Global Challenge (SGC) 2019-2020, hosted by the Seoul Metropolitan Government and organised by SBA, was aimed at finding innovative product solutions to urban problems.

The theme of the first SGC was ‘Proposals on reducing fine dust levels in the Seoul Subway’.The event culminated with an awards ceremony in early February.

The Challenge brought 106 companies from all over the world, including the US, France and Japan, as well as Korea, competing in three categories – tunnel, platform and train. The solutions selected as finalists were installed in the Seoul Subway to test their effectiveness in reducing fine dust levels.

As a result, three teams with the most effective solutions were selected as winners. KRW 500 million in prize money was awarded to the first-place winner and KRW 50 million each was presented to the two category winners.

Also in the platform category, Allswell was named as the winner, introducing a solution where its airflow control technology improved air quality by optimising the existing ventilation system and effectively removing fine dust particles in the platform area.

Han-lyun System won in the train category by showcasing its solution whereby air purifiers for trains combine with air curtains for train doors, removing fine particles and and letting the purified air remain in train cars.

Innovation Growth Division managing director Kim Seong-min of the SBA, which organised the Challenge, says, “The Challenge will be a step toward a better environment for Seoul citizens with lower fine dust levels in the Seoul Subway system and we at the SBA will continue to take the lead in solving urban problems facing Seoul by organising the SGC under a variety of subjects.”