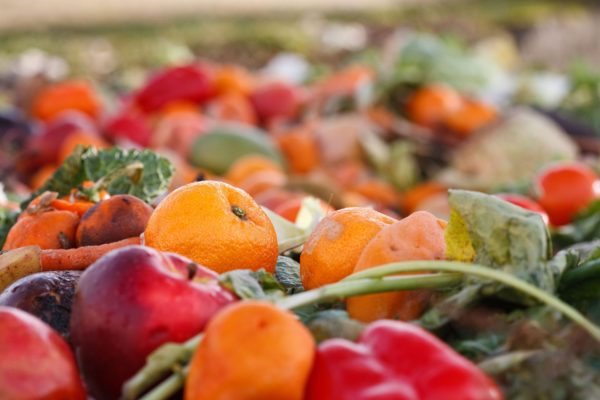 When the Port Macquarie Organic Resource Recovery Facility (ORRF) opened in 2001, it was one of the first of its kind in Australia. It was designed as a state-of-the-art facility that catered for both organic waste and municipal solid waste.

At inception the facility was unique in its implementation of a WTT (Waste Treatment Technologies) system, a technology brought in from the Netherlands. Its original contract ran for 10 years. In 2014 REMONDIS regained the contract and it is now one of the best performing facilities of its type in the country.

It processes not just green waste, but also biosolids. The facility has the capacity to process approximately 40,000 tonnes per annum and in 2016 received approximately 26,000 tonnes. The decontaminated materials are shredded and prepared for composting using a 7.5- tonne Kuhn auger mixer to form a suitably moist feedstock for composting. Biosolids are fed into a 150-tonne storage tank and mixed with the shredded Food Organics and Garden Organics (FOGO) for composting. The resulting feedstock is then composted aerobically for 28 to 30 days.

The facility’s green waste contamination rate is less than 0.5 percent and it supplies compost to roughly a 300-kilometre radius. This is unusual for most composting facilities, and means that even areas as far afield as Tamworth and Gunnedah are being serviced.

The facility is running smoothly and has had several modifications made over the years, including the installation of solar panels to lower energy costs and the streamlining of operations to reduce operational costs. The entire facility is run by four people, in addition to the extra staff who run the commercial garbage collection service, picking up organic waste from both businesses and households.

The Port Macquarie ORRF is 16 years old and is understandably an ageing facility. The Lake Macquarie Composting Plant, on the other hand, is currently under construction, and is due to be completed midway through 2018. Licensed to treat a capacity of 44,000 tonnes per annum, the facility will be cutting edge when it’s completed.

Supported by the ‘Waste Less Recycle More’ initiative, the plant received grants from the New South Wales Environment Protection Authority (EPA) and the Environmental Trust. These grants enabled the capacity to be increased by 14,000 tonnes in response to community uptake.

And this is what both the Port Macquarie and Lake Macquarie facilities have in common – the proof that the environmental message is getting through to households and businesses, which are separating their food and garden organics in ever-growing numbers. This is in large part due to an excellent education campaign from the respective councils, but also thanks to such endeavours as open door days at organics facilities.

The Lake Macquarie facility also has many unique and pioneering features, the first of which is its hybrid model. It is the first in the world to use both tunnel composting and aerated static piles technology. The tunnel can be compared to a vast concrete garage that is approximately 30 metres long and six metres wide. The material is placed in the tunnel, the environment of which is computer controlled.

As air is blown in and the liquids are removed, the settings are adjusted to maintain an optimal temperature for the development of high-quality organic products.

The biggest advantage of this system compared to previous systems is it reduces odours and therefore the impact of the facility on its neighbours. The compost created will be of significantly higher nutritional value, improving the quality of Australian soils where it is utilised in addition to growth rates and plant productivity. It will not replace chemical fertilisers, but it will reduce their use, lowering farms’ carbon footprints and reducing costs.

Another innovation relates to the manner in which individuals can deposit their waste at the facility. Its weighbridge will be one of the most innovative and modern pieces of equipment in the country, as it will be unmanned and cashless. Users will be able to visit the facility, swipe their credit card and deposit their waste without the need for supervising staff to be present.

Another factor that both the original Port Macquarie facility and the new Lake Macquarie plant share is the geographical challenges they face, compared to their European predecessors. Both facilities have had to take into account the significantly higher rainfall and number and intensity of storms experienced on Australia’s east coast. The Port Macquarie facility is located in a subtropical environment, meaning it has had to adapt to accommodate palm trees and succulents, as well as a fluctuating seasonal population, due to the region’s resort status.

Gunther Neumann is the head of the Technical Department at REMONDIS’ Lake Macquarie Composting Plant and Peter Maré is the branch manager at REMONDIS’ Re-earth Organic Resource Recovery Facility in Port Macquarie.

This article also appears in Issue 7 of CWS magazine. Get your free, obligation-free trial of the mag here.

BY ON 15 August 2017
This article also appears in Corporate Waste Solutions.