Four Seasons facility under construction in preparation for Beijing Olympics 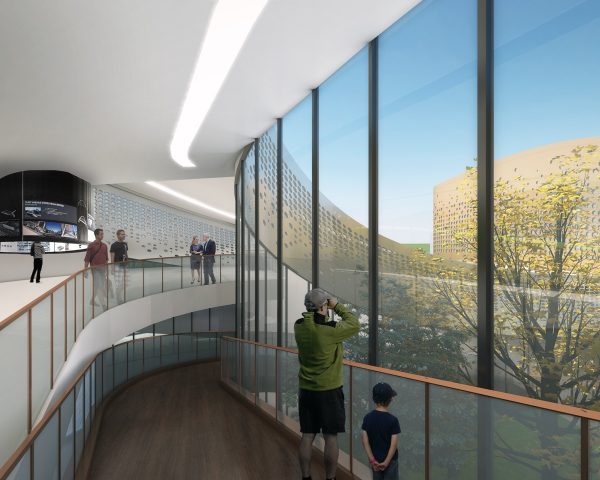 As 2017 draws to a close and the next round of Olympics draws ever nearer, Beijing is preparing to host the 2022 Winter Olympics. In Chongli, Zhangjiakou, China, the Four Seasons Town Reception Centre is currently being constructed and will serve as the centre point for the global sporting event.

GroupGSA has won a bidding competition for the prestigious Four Seasons project. The facility will be used as an information centre recording the history and culture of Chongli, as well as serving as an information point for the activities happening at the Four Season Town Ski Resort during the Winter Olympics. The exciting and dynamically shaped landmark will also showcase the social, cultural and economic successes as a result of Chongli’s future development, which encompasses the development of the Fulong Four Seasons Resort.

Located at the main entrance of the Four Seasons Resort – the closest resort to the 2022 Winter Olympics host town, Chongli – GroupGSA’s design for the 4610-square metre project sought to enhance its connection with the surrounding mountain slopes and snow tracks. Its dynamic movement connects architecture to the natural landscape, creating an extension of the mountain and inviting visitors to experience the stunning panoramic views on a range of different levels.

GroupGSA drew on the theme ‘Fire and Ice’ to represent the resort’s two major tourist seasons. Temperatures change very quickly from icy winter to hot summer at Chongli, so the architectural and design team implemented the integration of hot and cold in its façade design.

GroupGSA will be involved with the project until construction is completed. Completion is expected by December 2018.