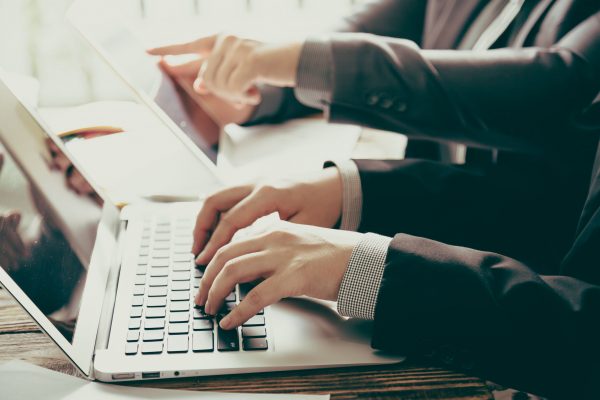 The start of an exciting innovation movement began in Melbourne in September 2017 with CoreNet hosting its inaugural Hackathon. With the involvement of a range of sponsors and industry mentors, the Hackathon brought together around 70 engineers, designers, entrepreneurs, marketers and students to create a tangible product or solution for the built environment, using technology.

The attendees, from a wide range of ages and experience, were classed as ‘hackers’ – programmers, engineers; ‘hipsters’ – user experience experts and designers; or ‘hustlers’ – usually to be found in sales, marketing or project coordinators.

One of the mentors was FM columnist Rodney Timm, director of Property Beyond, who says it was inspiring to be surrounded
by thinkers across a diverse range of backgrounds. “I’m not sure if what they came up with during the brainstorm session was perfect, or fully developed, but it was an exceptional learning journey and a great launch pad to turn the industry’s focus towards introducing innovative technologies into the corporate property space,” says Timm.

Preeti Bajaj, the CoreNet Australia chapter chair, says the Hackathon was conceived to explore technology, with the caveat that technology alone is not a complete solution to achieving flexibility in the fixed cost base of commercial property. “How people create, embrace and adopt is the main event,” she says.

Still, the Hackathon had the remit of unearthing solutions to pressing issues. Richard Gee, the chief commercial officer of the event’s primary sponsor BGIS (Brookfield Global Integrated Solutions), says it is important to get ideas, experiences, perspectives and skills from people who work outside of the property industry.

“It was liberating to work with such a diverse group,” Gee says. “We got to focus on some really fundamental issues and challenge ourselves to think creatively and to do things differently. We would be delighted to see this become a regular fixture in the corporate real estate and facilities management calendar.”

Qube Global Software’s Mike Dennehy says it was fascinating to see how quickly new ideas were formed, knocked into shape and developed in solutions. “We have a (fairly) mature product set and workforce,” he says. “This showed how nimble and agile you need to be to succeed in this space.”

Mentor Tom Pullinen from the Pullinen Property Group says it was important to give the attendees some industry context, so people from non-industry backgrounds could understand the problems and come up with potential solutions.

“It reaffirmed my instinct that when you give these people the respect they deserve, they give it back in spades. It was refreshing and fulfilling. It also reaffirmed that our industry is so far behind in finding short and sharp solutions to industry problems, that the pending onslaught will be bigger than we think.”

Attendees were divided into teams and asked to devise solutions for three problem statements:

At any given time, up to 40 percent of leased or owned workspace is either empty or unused, resulting in costs to the organisation that are considered waste. Is there a better way to balance supply and demand between occupiers and users of corporate real estate portfolios?

In the event of a disaster or physical interruption to the business environment, how do we ensure we can communicate with those for whom we are responsible, to ensure they receive vital information and can tell us if they are safe or need help?

Three pitches were selected at the end of the Hackathon that were then presented to C-level executives and managers at the CoreNet conference, who voted for the winning idea.

Judges awarded first prize to a concept called ‘My Halo’, which was in response to problem statement number one – increasing engagement and productivity in the workplace.

The team – which comprised secondary school students Aamna Syed and Sewon Yoon, Sue Leak from BGIS, information architecture designer Imogen Birch and Devi Obbineedi, a graduate student at the Melbourne Business School – described My Halo as ‘Siri’ for the workplace.

The team identified that enterprise workers spend less than half their time on primary job duties, with administration taking up 22 percent of their time on average each week. Estimating that a worker’s hourly rate is $50, and with 1000 employees assumed, they calculated the potential cost to the organisation to be more than $15 million per year.

They claimed that engaged and empowered workers result in high productivity, so they devised My Halo, an integrated and complete virtual assistant, which engages employees and eliminates non-core tasks, allowing staff to focus on the real work.

Their pitch to the judges said My Halo would create an efficient way to measure employee productivity, capture information dynamically and measure and improve employee engagement.

More information about the Hackathon can be found at corenetaustralia.org/hackathon.

This article also appears in the October/November issue of Facility Management magazine.