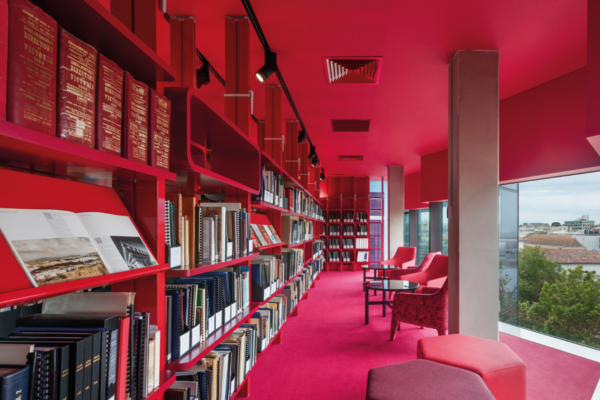 Quiet, hushed whispers, padded footsteps and ‘please be quiet’ signage – these are the usual suspects of a library space. But the brief received by ARM Architecture for the Geelong Library and Heritage Centre was something slightly different.

“The librarians’ brief was for a contemporary people environment. That means moving away from the traditional model of a library as a quiet and meditative study environment to one that celebrates community interactions and exchange,” says Andrea Wilson, Principal at ARM Architecture.

The multi award-winning building references and pays homage to some of the great domed reading rooms throughout history – the State Library of Victoria being one that comes to mind – yet it reimagines what a library of the 21st century could be.

One major problem that can arise with new models of interaction in a traditionally quiet environment is noise attenuation. To deal with acoustic management, ARM worked with suppliers and consultants to develop a series of bespoke acoustic panelling, and Atkar was brought in to help. 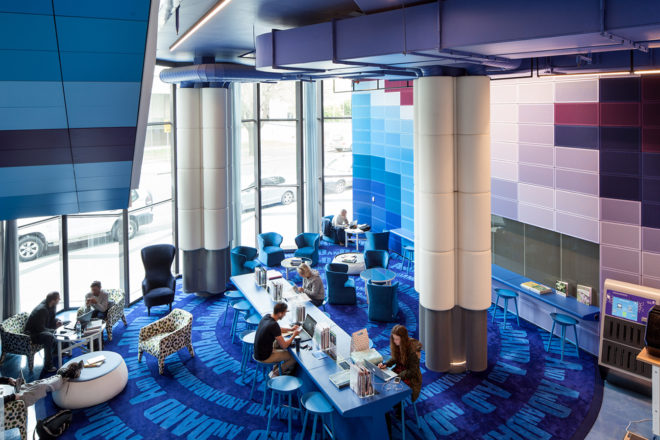 The Geelong Library combines open-plan community activity areas, more contemplative spaces, plus meeting rooms and lecture theatres. The ground floor is completely open, including a café with nooks for reading. This openness presented a challenge, however through collaboration between the architect, specialist and construction teams, prototypes were created to suit the unusual contours of the interior spaces. ARM partner Ian McDougall elaborates: “The acoustic panelling on the ceiling and walls plays a huge role in reducing reflectivity.” The result is a range of spaces that can each function as needed, regardless of noise.

“It’s got spaces to gather informally and chat, and it has a mezzanine that overlooks the entire space through windows to the most wonderful garden settings beyond. There is also encouragement for people to meander out onto open-air patios overlooking the garden,” Wilson says.

In the 12 months since the Geelong Library opened its doors, it’s had more than 450,000 visitors. Membership has also seen a significant spike, proving that a modern library offers more than a place to quietly read – although that’s still welcomed, of course.