Getting the genie back in the bottle

Getting the genie back in the bottle 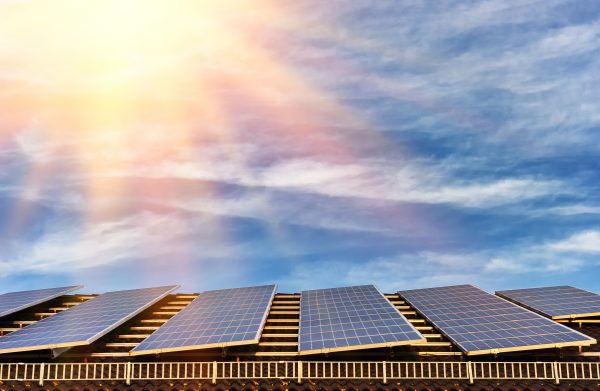 Tired of the blame game on rising tariffs? There is a way of taking back ‘the power’, as DAVID CARDOZO reports.

When it comes to electricity, there was a time when the genie was safely enclosed in the bottle.

Graduating electrical engineers melded into State Electricity Commissions, electricity infrastructure was basically a boring subject and, by many accounts, overpopulated with chief, deputy and middle management ‘cardigans’, all of whom had engineering backgrounds.

Privatisation took care of that. While state budgets were restored through electricity asset sales, budgets of citizens and, more lately, of businesses, began to be impacted by way of steadily increasing tariffs. Any notional taxation decrease through privatisation was being met by users paying more and more for electrical energy. As always, one individual’s profit is another’s expense.

Taking note of what the state and federal governments are promising, jawboning electricity companies, arguing among each other about renewables versus coal is fine – if you have the spare time.

If you want to really lower your electrical energy cost, however, inform yourself about the actions you can take. You can safely ignore politically-inspired blue sky projections, and those who argue that dark days are ahead.

Generating a substantial amount of your own electrical energy is the solution. And contrary to what you may have heard, it is likely to be an economical solution, with realistic payback times on your investment.

For many businesses, in this sun-drenched continent, solar energy is the solution. Here’s an easy-to-read discussion of the business and technical considerations. The technical stuff – written for you, not for engineers – is good to understand because all too often it’s used as a smoke screen to preserve the status quo.

THE POLES AND WIRE PEOPLE

The truth is that they really are not too fond of you doing your own thing, and a set of rules called grid codes block the path. Note: we’re not talking here about energy retailers, as they have no say at all in the grid codes, and the codes vary between poles and wire companies.

There is, however, a universal problem being cited here, namely that too much energy is being pumped back into their grids.

If you use 100 kilowatts (kW) of power, and generate 80 kW say, from your solar panels, you’ll still need 20 kW to be delivered to you as input. So what’s the problem? If the numbers are the other way around, you’ll pump 20 kW into the grid.

The grid folk have their own way of controlling electrical pressure (voltage), and really don’t want you upsetting their systems, so they put some fairly onerous restrictions on what can and can’t be connected.

What we’re talking about here is basically the quality of electrical supply of which voltage is a critical parameter. The one that has been very much in the news is feed-in; i.e. the power in kilowatts that solar systems push back into the grid and for which, at one stage, domestic consumers with rooftop solar were handsomely rewarded.

POWER ON YOUR ROOF

On the basis of three hours’ effective production per day (i.e. with the sun at its zenith), about 160 kW-hr per square metre could be generated annually. The calculation is by way of an illustrative example, to focus attention. In practice it may be possible to cover half the roof with solar panels.

The 75-kilowatt system would typically have an installed price tag of $80,000. Assuming a very competitive total tariff of say, 25 cents per kW-hr, a saving based on 50 percent roof coverage would yield an annual saving of $10,000, or a return of about 12 percent.

Note that if you are contemplating putting in your own system, you’d be wise to consult specialist finance companies, some of whom talk returns of 30 percent depending on the price of energy certificates (STCs – small- scale technology certificates), which are netted out of the hardware cost.

The aim here is to get you thinking about the scoping of the energy solutions available – and we have some way to go as a nation. As of December 2017 there was a combined solar output of seven gigawatts (million kilowatts) for 1.7 million installations; i.e. an average of four kilowatts per installation (many domestic installations are much smaller at typically 1.5 kW). 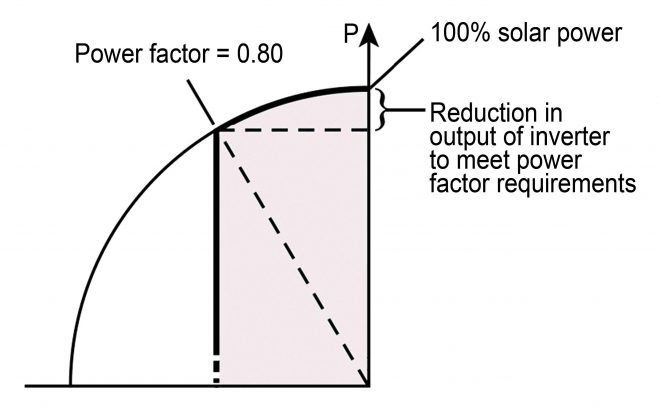 The larger a commercial solar system is being planned, the more homework is required. We’ve mentioned this already in terms of the effect on voltage and generally on power quality. These concerns provided a cap on how large a system can be installed according to most grid codes.

The excess power that can be produced depending on sunshine intensity has to go somewhere. It could be a battery bank, but as things stand, commercial returns on battery storage are not necessarily brilliant. An alternative is load following whereby the solar system adjusts its power to not exceed that required within the electrical installation; i.e. no feed-in to the grid.

Another roadblock is that of power factor. In short, power factor is the ratio of minimum electrical current needed to power your motors, air-conditioners, lighting, etc to that actually supplied. An installation with a power factor of 0.8 requires 25 percent more current than strictly needed.

Power factor has become a sufficiently large problem that many grid companies require solar systems to provide that extra current rather than having to supply it from the grid where it chews up more energy losses for the electricity distributor. This limits the energy available to the consumer’s electrical load, as some of that is now needed for ‘reactive current’ (the technical term used by electrical engineers) production.

The circle diagram indicates the diminution of available power from the solar system when it is required to provide the additional current (reactive current). For installations without their own source of power, many tariffs have a so-called kVA (kilovolt-amp) additional monthly charge, punishing users with power factors less than 1.0. There are not many with that rather ideal figure, the normal range being between 0.7 and 0.9.

Rather than letting the solar system do the hard work, a power factor correction device can eliminate the need for the reactive current generation by the solar system, thus letting it do what it does best – cranking out maximum energy.

Power factor correction costs, but for a 75-kilowatt solar system the additional costs would be in the order of 10 percent, thus providing significant saving on demand-based tariffs – and these are on the increase for lower and lower levels of annual energy consumption.

It is best to assume that the days of cheap electricity are gone forever. Federal, state and territory governments are largely powerless to influence the market unless they are willing to ‘socialise’ electricity on the basis of it being essential infrastructure.

However, neither they, nor the markets, would tolerate such upheaval. It is easily grasped when electricity is 20 percent or more of manufacturing costs, that it is critical input, but that’s too dramatic an example. Not everyone is smelting aluminium.

But take a modest IGA supermarket as an example. Chances are that electricity cost, as a fraction of its profit before interest and tax, is 20 to 30 percent. With that example in mind, it seems sensible to make a long-term investment in solar plant so that a stable, economical cost base for your business is established.