Great Inventions in FM: the history of the elevator

Great Inventions in FM: the history of the elevator 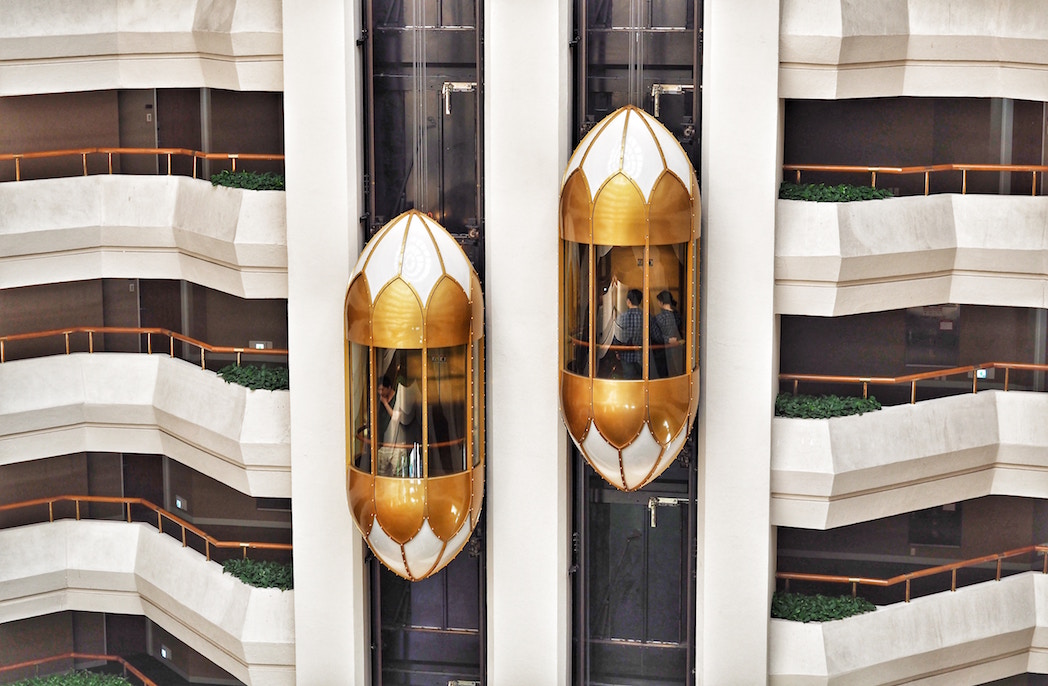 Great Inventions in FM explores the revolutionary products that have become mainstays in facilities across the world. This time, Mitch Ziems looks at the elevator.

Of all the inventions previously (and even yet to be) covered in our Great Inventions in FM series, none can be considered as remarkable as the lift. Sure, we take them for granted today as we do all world-changing innovations that have become ubiquitous over time, but that does not detract from what they represent in the history of facility management and urbanisation.

In its crudest form, the lift dates back to pre-industrial days, when flimsy, human-operated rope-and-pulley versions were used for everything from Iron Age sieges to moving furniture in the homes of wealthy landowners. Though uses for the device were broad and somewhat extravagant, the simple and frequently unreliable design remained mostly unchanged for centuries.

It was only with the coming of the Industrial Revolution that evolution of the lift was considered; and evolve it did. Rapidly. Raw materials were required at levels unprecedented in human history, and so industrial technology was required to bear the heavy loads as efficiently and quickly as possible. Steam-powered elevators were first introduced into coalmines in the 1820s. A decade later, belt-driven elevators known as teagles replaced these crude devices. Another decade, and the hydraulic crane proved a powerful alternative to everything that came before.

These designs met industrial needs, but no person dared ride them for more than one or two storeys. The risk was too great; environmental conditions posed a severe risk to the integrity of the ropes they relied on to operate. If even one were to snap, injury or even death to the passenger would likely follow.

In 1853, Elisha Otis presented his ultimate solution to these safety concerns: the first enclosed, fully mechanical cab with a patented safety brake. It was exactly what anyone who required a lift in the operation of their work required and yet, as is often the case when technology takes a radical step forward, adoption of the revolutionary machine proved sluggish. Otis realised that if his business was going to succeed, a dramatic demonstration would be required. At the 1853 Worlds Fair at the New York Crystal Palace, shocked onlookers watched as Otis stood on a high platform and cut the only rope keeping it aloft. The platform dropped a few inches before coming to a stop as the emergency brake kicked in.

“All safe, gentlemen!” Otis announced to the crowd’s amazement.

Within two years, lifts like those produced by Otis’s company (which remains one of the top companies in the industry today) were making possible what is arguably one of humanity’s greatest inventions, one that would redefine the way humans lived and worked: the skyscraper. Up until the 1880s, the vast majority of tall buildings topped out at seven storeys. While materials such as concrete offered construction opportunities that masonry could not, people were only willing and capable to climb a certain amount of staircases to reach their home or office. Yet the need to go vertical was intensifying. Property values in rapidly expanding cities such as Chicago and New York were skyrocketing, making it harder for all but the biggest businesses to operate within them.

With safety concerns surrounding elevators all but alleviated by Otis, living or running a business in large cities where land was expensive became viable for relatively small companies once again, while the highest floor in tall buildings was suddenly prime real estate for those who had money to spend.

Over the years, lifts have continued to evolve. Automatic elevators were available from 1900, but once again it was the introduction of safety features – an emergency stop button and telephone, specifically – that made people feel comfortable enough to abandon the old, manually-operated devices in around 1945. Elevator doors became tamper-proof to further ensure safety, machine room-less elevators cut down on environmental concerns and double-deck elevators made sure people in the world’s largest buildings didn’t have to wait too long for their ride.

It is said that on a trip to New York, the Duke of Devonshire was so excited to have taken his first elevator trip that he wrote home to his family, “I just rode on a vertical railroad!” It may sound like a silly statement from a man who was so amazed that he didn’t exactly know how to describe what he’d experienced, but it’s actually quite appropriate. In the same way the railroad transformed the world, the lift transformed the built environment, opening up possibilities that have taken humanity to new heights.

Mitch Ziems is the former editor of FM magazine and fmmedia.com.au