Why green is good 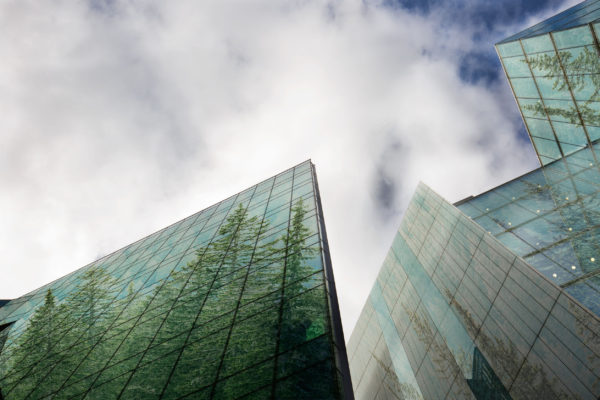 Green buildings don’t just produce benefits for the environment; they can also result in better well-being for the people working in them, according to a new report.

The research, known as the COGfx Study, was conducted by Harvard’s T H Chan School of Public Health and SUNY (State University New York) Upstate Medical and sponsored by United Technologies, of which Environmental Market Solutions Inc is a part. It studied the well-being of 109 workers at 10 buildings in five cities across the US and, while it was conducted in one country, this study has implications for businesses in Australia and around the world.

The study shows employees in high-performing, green-certified buildings had 26 percent better cognitive function test scores than those in similarly high-performing buildings that were not green certified, even after controlling for other factors.

Additionally, they were more focused on their work and showed a higher capacity to pay attention to tasks. Other benefits included a higher propensity to think strategically, fewer sick building symptoms and better sleep quality scores compared to those working in buildings that did not have a green certification.

In fact, the research has shown that one percent of the lifetime cost of a building is energy; 90 percent of the cost is the people in the building. With these findings in mind, it is gratifying that green building as a movement is gaining momentum. According to the ‘World Green Building Trends 2016 Study’ that United Technologies released earlier this year, global green building doubles every three years with growth as high as six-fold in some regions.

More than 1000 respondents contributed to the 2016 study, using 19 different rating systems across 69 countries. The report notes that, in some areas, “green building is becoming a condition to remaining competitive, especially where international or multinational activity is high”. The report stated, “The global commitment to green building is transforming the built environment.”

The commitment to green building practices translates to real cost savings for companies, another reason why few businesses can afford to ignore this trend.

It’s also worth noting that building owners with new and renovated green buildings can expect to achieve up to a seven percent premium in asset values over traditional buildings, according to the same report.

These figures cannot be ignored by Australian developers and facility managers, who have considerable opportunity to embrace green building practices.

Globally, there are a growing number of developers who are embracing green practices. One of the world’s fastest growing countries for green buildings is China and according to the ‘World Green Building Trends 2016 Study’, there are a number of catalysts for this rise. These include market demands, environmental regulations, client demands and a growing acknowledgement that using green building practices is the right thing to do.

Some examples of buildings in China leading the field in sustainable building practices include:

The Tianjin Community Culture and Sports Centre. This project shows how integrated design and technologies achieve near-zero energy use. Some of the technologies used in the project include electricity generation from solar and geothermal sources, intelligent lighting control, automatic control of fresh airflow and an adjustable shading system. The centre reduced its annual water use by 45 percent and its energy use by 77 percent as a result of introducing green measures.

The Shanghai Engine Centre in the Qingpu district. Opened in September 2009, this is a highly efficient engine maintenance, repair and overhaul facility. At least 20 percent of the 26,000-square metre facility is made from locally-sourced construction materials. Ten percent to 20 percent of the building materials were made from recycled content and 70 percent of construction waste was diverted away from landfills. The building also has energy-efficient windows that lower energy use.

Another trigger in China includes the importance placed on healthier neighbourhoods. In fact, one of the unusual findings from the survey in China was a desire not just to reduce energy usage but also to create a stock of green buildings that parlay into entire green neighbourhoods and, eventually, whole cities that are sustainable. Other reasons survey respondents gave for wanting to build sustainably were to protect natural resources, create healthy communities and improve indoor air quality.

This emphasis on healthy indoor workplaces reinforces the findings from the US study, mentioned earlier, which looked into the impacts on well-being of working in a green environment.

In addition, a new study from the World Bank found one in 10 deaths around the world could be attributed to air pollution exposure. Other studies have also shown that people who work in green buildings have better physical and mental health, taking fewer days off and suffering less from asthma and allergies.

In Australia, the International WELL Building Institute’s WELL Building Standard has become increasingly popular. This standard measures human health and well- being in the built environment including air, water, nourishment, light, fitness, comfort and mind. WELL is designed to complement other green building rating programs such as LEED and Three Star.

Few businesses can afford to ignore the potential the green building movement has to reduce operational costs and enhance employee well-being. The message for all organisations, especially those thinking about their future workforce needs, is to prioritise working in buildings that already have strong green credentials or are working towards them.

Businesses that do this are likely to have healthier, more productive workers and an environment that people want to work in – a great combination to drive the future success of any business.