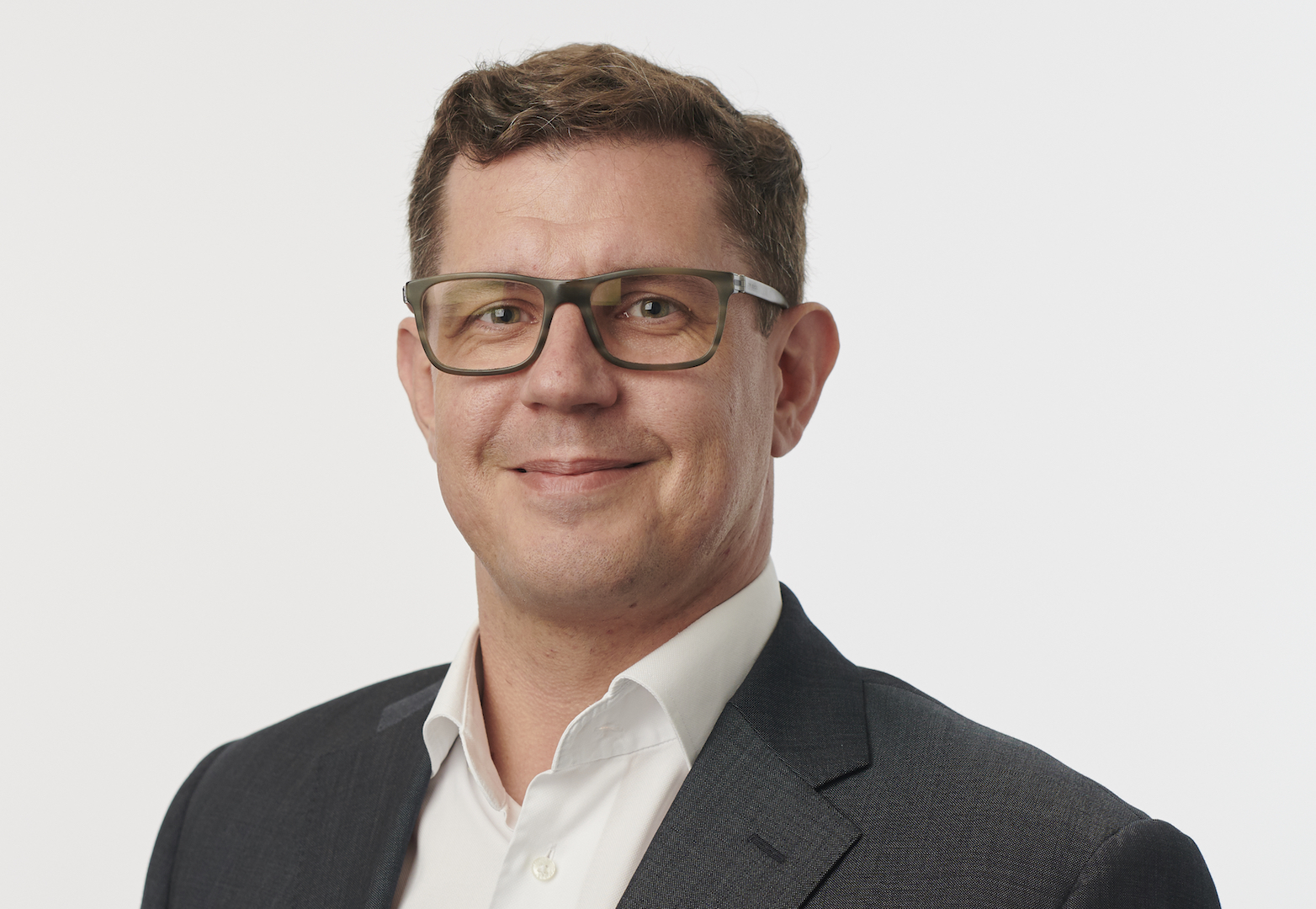 If there’s one thing Marlon Giuliani knows, it’s the vital importance of the relationships he forms within the FM industry. He sits down with TIFFANY PACZEK to chat about his career, his journey and the things he deems invaluable to success in FM.

When you love what you do, you never work a day in your life – or so they say. I don’t know if that’s wholly true, but loving your job would certainly make life enjoyable. Marlon Giuliani seems to know a little about this, for when he speaks about FM and his role within it, he sounds enthusiastic and passionate – even after a 20-year career in the industry.

Giuliani is currently the general manager of strategic partnerships at City FM, Australia, and is an expert in managing and brokering complex commercial contracts – and he’s reached this destination via a compelling road.

He got his start in the facilities management industry when he moved to Australia from the UK and began working at his “first real job” in the food department at a large company, which crossed into the FM department. At just 18 or 19 years old, Giuliani found that he enjoyed the variety of the industry and its exposure to a diverse cast of people, and the opportunity to interact with them and provide solutions to small and large challenges.

“I was lucky that I was working for a company that was going through a lot of changes,” he says. “Maybe not lucky for the company, because it was eventually taken over by another, and there was a lot of flux and movement in and out of the business, but it meant that I got more and more responsibility.

“I was getting exposed to and learning all these different things, and it was at that point that I realised I was enjoying what I was doing. And that’s when the company was sold and my role disappeared.”

Understanding how much he had enjoyed the work, however, Giuliani went on to undertake further study and training in project management and services at the Australian Institute of Management. While there wasn’t a degree or qualification in facilities management at that time, he was able to study a Bachelor of Business in Property that focused on land economy and development.

And so he decided to follow this path and pursue further vocational training, and during this time took on different FM roles – which landed him work with a variety of impressive large corporates. Giuliani honed his industry expertise while working at CBRE as a facilities specialist, and he developed stakeholder management skills and growth strategy knowledge at both Honeywell Building Solutions and Spotless Property and Facilities. He garnered extensive experience in managing long-lasting, mutually beneficial international partnerships in a range of sectors, including retail, industrial, education, health, aged care, transport and government.

His skills and expertise have led him to be involved in a variety of interesting and high profile projects across the world. Responsible for relationship management and growth, he worked on projects such as London Bridge, Marvel Stadium, Emirates Stadium, Southern Cross Station and the Victorian Comprehensive Cancer Centre.

From this impressive career, Giuliani says that the standout experiences have been the learning opportunities along the way.

“I received a great learning experience at both Spotless and Honeywell, focused on two different things. At Spotless I received great operational experience and I was able to learn very complex commercial structures for everything from doing charge FM contracts through to shared risk liabilities PPPs (public and private partnerships). And then with Honeywell it was more of a B2B sales and growth focused role – understanding value propositions and relationship management. They were the things I really took from those organisations and those roles.

“I also believe that the biggest thing I took away from all of that was that I was able to build long-standing relationships with individuals; so I still speak to, say, my client from 15 years ago about what they’re doing. And they still remember the good work that I did and that we did together. They’re the standouts for me, that positive reference sticks with you and it shows that you’ve done some good work.”

These experiences and relationships have led Giuliani to his current position, as general manager of strategic partnerships at City FM. His role there is to grow City FM in Australia, where it predominantly works within the retail industry, with companies such as Coles, Target and Kmart.

“My role is to grow City outside of those relationships through securing new partners,” he says.

“The challenge I have is that nobody really knows who City are, but also growing that brand and growing that awareness, but also positioning us correctly in the market. We’re not a traditional FM, we don’t offer the traditional FM services – we offer a partnership, which means we dedicate resources, we don’t just have an allocation of partial resources to an organisation. We effectively build the FM department and function for a partner. It’s a more encompassing, commercial arrangement that is built on transparency from the top line all the way through to the bottom.”

Giuliani’s job takes him on a varied and winding path, where every day is different and brings something new with it.

“[A typical day] can be anything from meeting a client partner representative and working through some of the challenges they’re having and developing a solution with them – at their office or over the phone or it can be working with the business development team at our office to describe that solution. Or it can be commercial negotiations or close-down of a new partnership.”

Given that City FM has not ventured into business development before, only ever having grown through established relationships, this marries well with Giuliani’s background.

“My role is effectively setting up the business development and marketing function and then deploying that function,” he explains, “so it’s an exciting role from that perspective.”

Love what you do

With a career spanning 20 years, Giuliani says what he loves most about his job in FM is seeing the results of his hard work, witnessing the change that occurs as a result of his efforts.

“I’m a change agent of sorts,” he says. “I come in looking for a better way of doing something with a client. I like to see the outcome of a client taking a solution on-board and adopting it, and believing in it.”

Another of his favourite parts about working in FM is the people he meets and the relationships he forms.

“I get to work with lots of different individuals within the company and outside of the company. I left Spotless almost 10 years ago and I still talk to some of my colleagues there – providing counselling, advice and guidance with various things they’re doing. It’s great to see them growing and achieving their goals – and they’re the things that make me happy.”

No job or career, no matter how enjoyable, is without its challenges, and FM is no different. The main hurdle that Giuliani has encountered during his career is the misunderstanding and misrepresentation of the FM industry and people’s lack of understanding of the complexity of what it entails.

“There’s not a great level of understanding of what happens [in FM] because what we do is so unseen, so people maybe don’t value it as highly as they potentially should. That lack of understanding about the complexities and the benefits that we can provide back into our client organisations and businesses – whether they’re financial or operational or environmental.

“There’s a lot of education and guidance that you need to give people so they can understand what it is and why you’re doing it, and what problem you’re trying to solve – and so the ability to develop and grow trust quickly is a major challenge.”

Even with all his extensive knowledge of and achievements within the FM industry, the thing that Giuliani comes back to time and again as profoundly important is the building and strengthening of relationships and the sharing of skills. He truly values those well-established partnerships that have stood the test of time, and that prove to him that he’s done a good job and a good thing for someone.

“I think that’s one of my greatest achievements – that I’ve got a long-standing list of connections and people who I’ve known for a long time. From a career perspective, I think they’re my biggest achievements.”

And it’s something he plans to persist with in the future, too; these relationships are the cornerstone of his work and the industry itself.

“To me [FM] is about developing long-term partnerships with organisations and creating positive references for what we do – and the positivity influencing organisations to show the value we can provide.

Ultimately, for the future he wants as an industry, “to show what we can provide back into other organisations”.

“I think, to me, what I do is coach people. What I’m doing is working with somebody to find a solution, coaching people through a process, because there’s not always a great level of knowledge and understanding about what we do in the industry and commercial complexities.

This was originally published in the Apr/May 2019 issue of FM.