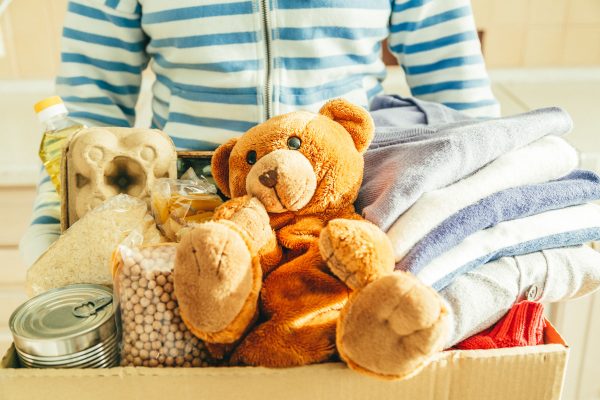 SCRgroup, Australia’s leading and most effective clothing and homewares recycling service, has made a public plea to people not to dump their belongings outside charity bins and shops.

An influx of unwanted Christmas gifts combined with large-scale New Year clean-outs, and the growing popularity of cult Netflix shows such as Tidying Up with Marie Kondo, has resulted in a spate of illegal dumping instances around charity clothing bins nationally.

SCRgroup’s head of communications, Alexis Todorovski, says that while it’s wonderful to see so many people looking to minimise their excessive ‘stuff’ and wanting to donate their unwanted items, it’s imperative that people understand how to responsibly dispose of their things.

“Dumping items and bin overflow is a common problem at many charity donation sites currently, and it does tend to happen at this time of year,” she says. “The holiday period often sees a spike in drop offs, and while people may be taking their clothing and items to clothing bins with good intentions, dumping items when drop off hubs are at capacity is actually illegal.”

Todorovski points out that dumping anything alongside clothing bins is illegal and will attract thieves.

“Clothing bins are designed to only accept items that will fit inside the chute, so if a bin is full, or items won’t fit in the chute, people need to donate another way. There are many more responsible ways to dispose of larger unwanted items, and residents can contact their local council to find out how. Most councils schedule regular kerbside collections, and picks ups can be scheduled at other times by contacting the council.”

Aware that illegal dumping is an ongoing issue, SCRgroup is introducing several innovative measures to combat the problem as much as possible. The company operates a collection and education program within Melbourne schools, and is also leading the way in clothing recycling through the introduction of sensors within their own collection hubs to alert drivers as to when a pick up is required. SCRgroup also works with a range of charities to take their excess stock off their hands. Many of the charity shops operating their own donation bins end up with more clothing and household items than they can store or sell, so SCRgroup purchases these items from them, which adds to the charity’s income and their ability to help those in need.

Residents of Maribyrnong in Victoria are also able to recycle their pre-loved items via SCRgroup’s newly launched Thread:Collect program, which facilitates collection of pre-loved items collected from their front door. It is anticipated that this service will be rolled out to additional suburbs around the country this year.

“We are working hard to find active solutions, but at the end of the day, people need to take responsibility for their own actions,” Todorovski says. “A key way to stop illegal dumping and overflow right now is for people to exercise a little patience, and to hold onto their clothing until a bin has been emptied, or to work with their local council to dispose of their larger items.”

SCRgroup has a zero waste commitment and its results for 2018 are as follows: