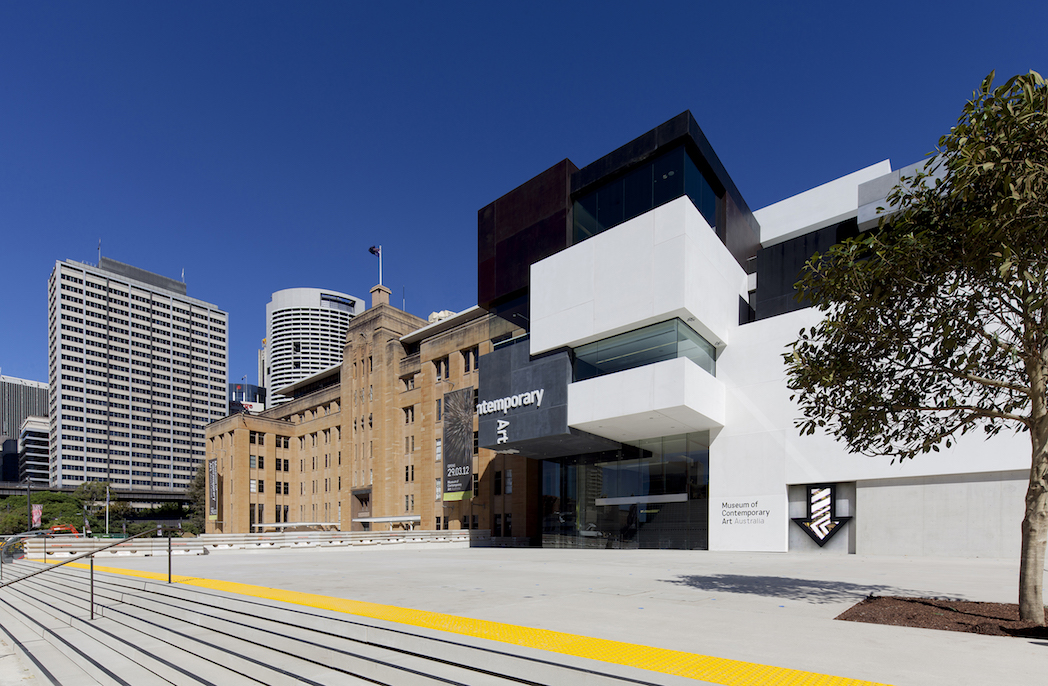 Behind every great venue is a facility manager working tirelessly to make magic moments happen. This time in Iconic FM, we speak with Dermot Rodwell, building services manager at the Museum of Contemporary Art in Sydney.

FM: How did you come to work at the Museum of Contemporary Art (MCA)?

I’m a fitter and a turner by trade. I started in the FM game about 20 years ago up at Centrepoint (now Sydney) Tower in Sydney, and sort of stuck with it ever since then, through thick and thin. I’ve worked for a number of tourist attractions in Sydney, like Sydney Aquarium, hotels, the Queen Victoria Building and a few other buildings. Previous to working with the MCA I was working for AMP Capital, looking after a few buildings out west for it. This job was advertised and I thought, ‘Well, you know, it sounds like a good fit for me.’

And it has been; I’ve been here five years now and it’s always keeping me on my toes. That’s what I’m after in a job, something different every day.

Tell us a little bit about the building.

The building is a bit of a mixed bag. The Heritage-looking section of the building was finished in around about 1950. It was previously the Maritime Services Board building for Sydney. In the early ’90s, the MCA moved in as its major tenant and took over the old building in its entirety. In 2011-2012 they constructed a new wing on the northern end of the building, which forms those boxes that you see and the lean-to on the end of the building. So, we’ve got a mixture of very old and very new stuff in there, which creates some challenges for us, as you can imagine.

What are some of these unique challenges?

We’ve got very strict controls on our temperature and our humidity in our gallery spaces. That presents quite a few problems in an old building, as you can imagine, with old windows, uninsulated slabs and all this sort of stuff that you have to contend with. For the last couple of years I’ve been going through the process of double-glazing all the old building’s windows, which has made a huge difference in terms of energy efficiency and keeping conditions in the galleries under control. It’s amazing how much of a difference it has made. Those old windows, the heat just runs straight in and out of them – out of them in winter and into them in summer. I’m going through a few projects like that just to bring it up to the 21st century.

Presumably there are a lot of things like insurance and security that you have to keep a firm grip on?

Absolutely, security is a big one for us. We have 24/7 security on-site, which helps me a lot in identifying issues overnight when they occur. Certainly our insurers keep a close eye on us in terms of our fire safety etc, as does the council. The City of Sydney is very big on that in the CBD. Having a lot of these older types of buildings in its local government area, it has to make sure that it adheres to some standards. A lot of these old buildings haven’t been brought up to the latest standards, simply because it’s just too expensive, and because of Heritage concerns and all that sort of stuff. I guess it’s a balancing act between what you can afford to do and what needs to be done, you know?

What project makes you particularly proud?

Our biggest function area is called the Foundation Hall, which is at the southern end of the building, ground floor, and was previously the public entry to the Maritime Services Board. It’s decked out in scagliola tiling, which is a very fragile plaster-based tile. It really was rundown when I first started here, so we engaged a Heritage stone work company, called Ikol Stone, which helped us rejuvenate it by manufacturing new scagliola tiles where we couldn’t repair them, and repairing the rest.

That was a huge job that took us the best part of two-and-a-half years, working around events that were in there. We kept the function space open, which was another headache for us – you know, you get halfway through a job and then you’ve got a function coming in. But the results speak for themselves. You walk in there now and you’re actually wowed by the space. It’s such a huge space, and to have it in pristine condition is just fantastic.

That’s the biggest gain I’ve had. I have a lot of projects underway and, as I mentioned, some of them are hard to finish because there’s always something going on. So they drag on, but that one I’ve actually finished, so I have to say that one is probably the highlight at this point.

We’ve done a lot in terms of sustainability; that’s another highlight for us. Since I started we have reduced our energy usage by at least 30 percent, which is a huge margin. The MCA has been very good; it is very receptive to anything that’s going to decrease its energy usage and, I guess, improve its reputation. I certainly can’t complain about the support it gives me in terms of getting these projects done.

Are there any other unique challenges to your job that people wouldn’t think about?

The museum gets a lot of its funding through venue hires. We run a lot of events. As you can imagine, we’re not running many at all due to the current circumstances, but generally we have 10 or 12 events on a quiet week. Trying to keep the place running and maintained while all that’s going on can be difficult at times. Also, given our location, parking is an issue, access is an issue, space is really an issue for us as well.

Keeping everybody under control when you’ve got hundreds of people trying to bump in all of their stuff for their event and brides screaming about how nothing’s going their way…? It can be quite challenging at times!