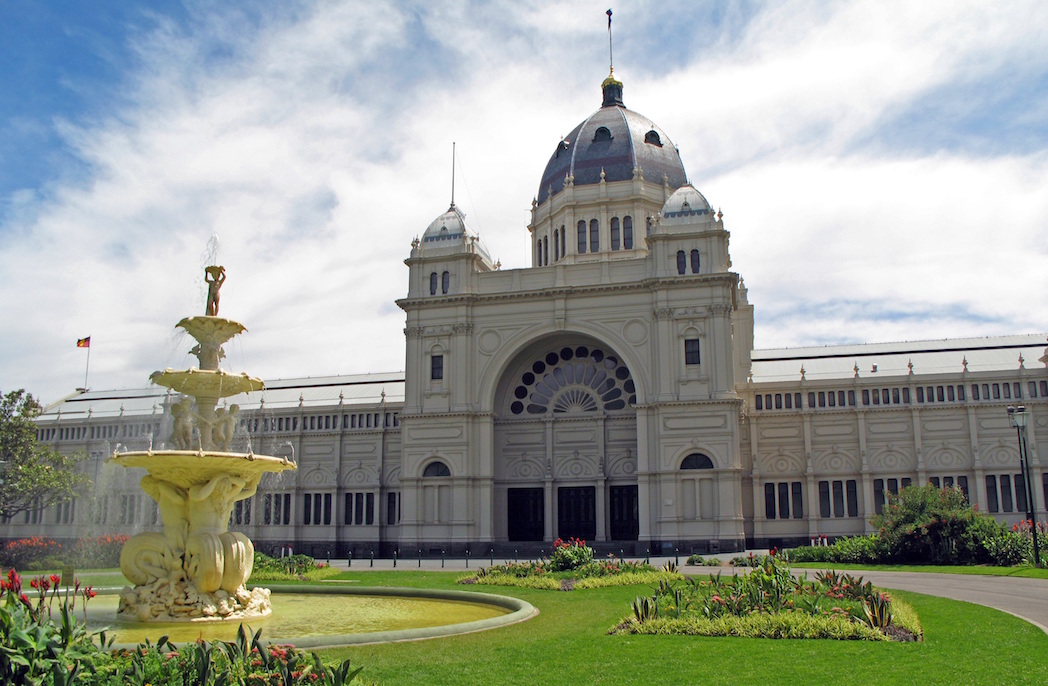 Behind every great venue is a facility manager working tirelessly to make magic moments happen. This time in Iconic FM, we speak with John Robison, facilities manager at the Royal Exhibition Building in Melbourne.

How did you come to work at the Royal Exhibition Building?

I started my career as a fitter and a turner in Yarraville. I then went to Trans-Australia Airlines, when it was called TAA, on ground support. Then I went into the labour hire roundabout for about 10 years. Then I got completely out of mechanical things and into cooking for 10 years. I had a friend who worked at the Melbourne Museum part-time and he invited me along – and I never looked back.

How do you preserve the building’s history? 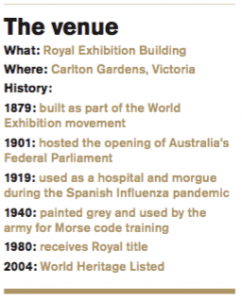 It’s knowledge-based and is about working with Heritage consultants in regards to what we can and can’t do. The hardest part is trying to incorporate new infrastructure and modern technology into an old building. We don’t have a lot of areas where we can run things on the outside or the inside of the building, so we’ve got to be very clever on how we do it and how we install it. We work with our consultants regarding our needs for the building, like upgrading our communications and plumbing, and then work with the contractors to ensure it’s done correctly and basically hidden away.

It’s the last building of the World Exhibition era still in operation. Many were lost to fire. What safety measures do you have in place?

We had an upgrade of our whole re system in around 2010 or ‘11. We replaced most of the sprinkler system. We incorporated a deluge system, which takes three actions to operate but then it will flood the whole building interior. We installed new pumps, a new pump room and new VESDA systems for early warning smoke detection. That took us about eight months for the big changeover, so now it’s really well protected by sprinklers, by thermal imaging and by smoke detection.

And you implemented this without jeopardising the decor?

These are the hardest things, replacing with something that looks the same but is modern, trying to install cabling and pipework where we can through conduits that we do have and just ensuring the tradespeople or the consultants dealing with the works are aware of where we can run these things and how. So far we’ve been fairly successful.

What project makes you particularly proud?

We’ve just about completed what they call the ‘viewing deck’. We’re reinstating the viewing deck around the bottom of the dome. That has been a $20 million project, which has been running for the last eight months. We’re [within reach of] handover within the next two to four weeks and then, once we get over the virus, we’ll have an entrance for the public to come through the display hall, up into a lift and up into the deck. They’ll be able to view the park and walk around the bottom of the dome, with the views out to the city, out to Carlton Gardens, out to Richmond and the Macedon Ranges. It’s going to be quite exciting, once we can get open and get people back in the building again. That has been a huge project, which is nearly complete. It will be handed over to the Melbourne Museum once signed off, and we’ll hopefully entice people to come along or maybe even have small events up on the deck.

Are there any other unique challenges to your job?

The main thing, for me, is working with my contractors. We have lots of different contractors coming through; we have essential services that need to be serviced on a regular basis. It’s basically about keeping in touch with them in regards to what’s going on in the building, how we can do it and when we can do it. That is probably the major thing. I plan through my own calendar, and also the events calendar, and try to fit all the servicing and work in between events, because we do run events nearly every week and on weekends. And so, for example, we try to [organise] painters coming in while there are no events sitting. We may have a one- or two-day lag in between, in which we’ve got to prepare the building for the next event and also get repairs done.

That’s a bit of a challenge in time-frames and organisation. But I’ve been there nearly 20 years, so I think I’ve got the hang of it!

What has been the highlight of your time there?

Probably having the Queen come through. That was a big kerfuffle. It took months of planning. We had special agents and all the rest of it coming through and hiding in the place. It was for a dinner; that was pretty special. Our higher management was at the table. I had a viewing table from the gallery area. The Flower and Garden Show is a really special event each year for the building. It brings the building alive with flowers and beautiful smells, then you walk out into the gardens and buy as much stuff as you like! We used to have concerts in the building – rockstars and people coming through – but that weaned off due to our neighbours.

We’ve got really nice contractors coming through the building and I’ve found over the years if you treat them well and respect them, they’ll do anything for you. Often I say, “Don’t be afraid to ask a silly question, it’s better than making a silly mistake.”

I also say, “I’ve been here nearly 20 years, I don’t know everything but I know enough to get all of us out of trouble! So please ask.” It’s very important to have good relationships with all your trades and treat them fairly and nicely and let them do their work.