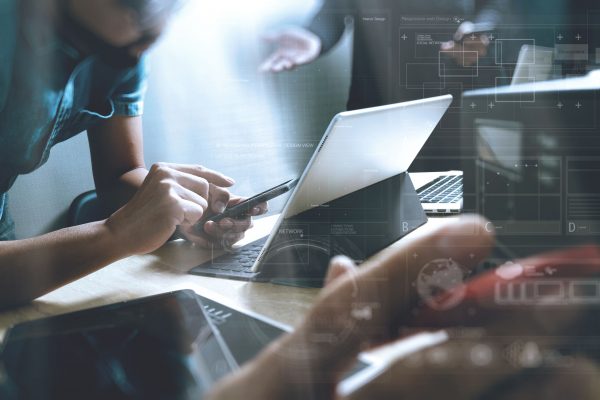 Nearly 50 percent of Australian IT workers are actively looking for new jobs, while another 40 percent are prepared to consider a change for the right offer, with lack of training and career development the key drivers for employee dissatisfaction. At the same time there are entrenched perceptions of discrimination in the sector with women in particular reporting that greater transparency of remuneration is essential if the pay gap is to be addressed and more women attracted into the sector.

These are just some of the findings from the most comprehensive survey of attitudes across the Australian tech sector conducted by IT workforce solutions specialist Greythorn. The survey gathered data from nearly 2000 tech workers across Australia on issues such as pay, skills, career development, discrimination and the industry outlook.

The Greythorn research also reveals an increase in demand for contract roles rather than traditional permanent employment arrangements. Forty-two percent of IT workers report interest in a contract role with more than half of those interested in a temporary contract (13 percent) or independent contract (9.5 percent). The demand for contract roles reflects expectations of rising rates of pay for contract workers and a growing desire for more flexible working arrangements. Forty-two percent of IT professionals expect rates of pay for contract workers to increase over the next twelve months while 25 percent report an interest in greater flexibility of work hours and the ability to work from home.

When it comes to pay, 25 percent report having had an increase exceeding five percent in the last twelve months but 40 percent say they have had no pay rise at all.

The research identifies a number of emerging challenges for employers. In particular, high levels of job dissatisfaction, poor culture and the perception that companies aren’t investing enough in skills and career development are likely to make it more difficult for companies to hold on to tech workers. Recent research by Right Management (part of the ManpowerGroup) found that 68 percent of employees globally expect their employer to provide career development resources and 65 percent expect to receive career guidance from their managers. The Greythorn research shows that when IT workers do not receive this support, they will leave their current employer for organisations that provide clear career development opportunities.

Only 25 percent of IT workers report being ‘very engaged’ in their current role, while lack of development (18 percent) and poor culture (16 percent) are the two primary reasons tech workers give for leaving their employer. Overall, 50 percent say there was either no opportunity for career development in their current role or they were unsure of whether such opportunities existed. Nearly 25 percent of tech workers report never having participated in employer supported training with another 30 percent having received no training over the last 12 months. And with IT Staff in low supply – currently ranked as one of the top five most difficult skills to find in Australia (ManpowerGroup Talent Shortage Survey 2016-17) – having an effective career development strategy in place is increasingly important.

Greythorn general manager Suzanne Gerrard believes the latest research findings are a clear indication that employers need to place more emphasis on training and career development if they are to attract and retain the best workers.

“The Greythorn research clearly shows that an increasing number of IT workers are seeking new ways of working and expect greater input from their employers into training and career development”, says Gerrard.

“Tech workers continue to adapt to changes in work structure such as the rise in contract work. However, in return they want employers who are willing to invest in training, career development and ensure workplace flexibility benefits both employer and employee. Smart companies will take advantage of this openness by providing workers with flexible arrangements while recognising that they must continue to invest in skills.”

The Greythorn research also found that 58 percent of IT workers report being personally discriminated against on the basis of age, race or gender. Thirty-four percent say there is a gender pay gap with 49 percent citing transparent remuneration policies and 43 percent citing more flexible work arrangements as essential if more women are to be attracted to the sector.

“There is clearly more work to be done if we are to increase the number of opportunities for women and provide a working environment in which professionals from all backgrounds believe they have the opportunity to learn and prosper in the Australian tech sector”, says Gerrard.

“The gender pay gap, opportunities for older workers and ensuring an open and inclusive environment are essential to reducing perceptions of discrimination and lack of opportunity.”

When it comes to skills, tech workers report that being better equipped for the cloud (35 percent) and making better use of big data (34 percent) are key areas for development over the coming year. IT executives cite balancing innovation and budgets and increasing data accessibility without compromising security as their biggest challenges. Furthermore, 25 percent of CIOs believe their role has become more business focused.