It’ll all come out in the wash: hygiene in facilities 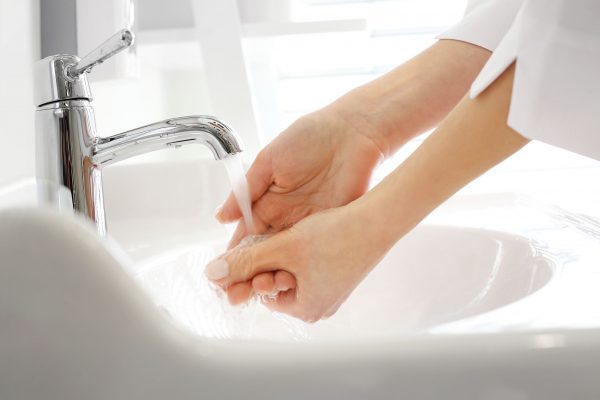 A constant and reliable source of warm water in washrooms isn’t just nice to have. Hygiene requirements make it a necessity, writes ADRIAN CUGNETTO.

In the last issue of FM we travelled back in time to look at how drinking water has been accessed in kitchens historically, coming right up-to-date with the innovative filtration chilled, boiling and sparkling water systems available today. But kitchens aren’t the only rooms where a constant supply of clean water is a necessity. Bathrooms and washrooms also require an uninterrupted flow, not just for plumbing and sewerage systems, but for hygiene purposes.

Before we go any further, though, let’s consider terminology.

English people often get either frustrated or amused by the use of the word ‘bathroom’ to denote a room that simply contains toilets and washbasins and yet is completely devoid of baths or showers. Likewise ‘rest room’ seems a strange euphemism. Of course, people often take a seat in such rooms, but they’re really not designed for putting up your feet and enjoying a quick 40 winks. Likewise ‘Powder room’ also seems a touch restrictive, even for female users.

The Canadians perhaps have the more accurately descriptive expression, utilising the simple and descriptive ‘washroom’. And it is this function that is our main consideration here. Bathing and washing have been part of human life for at least 5000 years, though in those early times there was a significant religious aspect to the practice. Bathing was also often a communal undertaking: something that can still be seen in various cultural practices today – such as the Turkish baths or the Japanese sento and onsen. For a long time the communal nature of keeping clean was largely due to the rarity of private bathing spaces.

The religious and cultural elements of public and, indeed, private bathing are rarer considerations today, as hygiene has become the overriding factor. Hand washing with soap and water has long been recognised as necessary for sanitation, but it was only in the mid 1800s that the link between hand washing and the spread of disease was firmly established. The Austrian physician Ignaz Philipp Semmelweis was one of the pioneers in the field of antiseptic procedures, dramatically reducing mortality rates in the University of Vienna’s General Hospital to three percent after recommending that healthcare workers’ hands be scrubbed in a chlorinated lime solution after they left the autopsy room and before they had contact with patients, particularly in the maternity delivery room.

Semmelweis’ ideas were shared by none other than Florence Nightingale, who implemented handwashing and other practices in the hospital where she worked during the Crimean War.

Unfortunately, Semmelweis was eventually ostracised and ignored by his colleagues who took umbrage at the idea that washing their hands may actually save lives. His sad fate is a story for another time, but his work in the field and that of Oliver Wendell Holmes in Boston in the US finally gained widespread acceptance after his death, when notable figures such as Louis Pasteur and Joseph Lister confirmed germ theory.

Fast-forward to the 1980s – when there was a milestone in the evolution of hand hygiene with the first national guidelines published in the US – and beyond where it is now widely known that frequent and thorough handwashing is one of the best ways of preventing the spread of infection and germs in any facility or building where groups of people are located.

Facilities far and wide sport notices reminding users to wash their hands every time they visit the toilets and there are myriad other initiatives designed to promote the practice. For instance, did you know that 15 October is Global Handwashing Day? It’s a day devised
as an opportunity to “design, test and replicate creative ways to encourage people to wash their hands with soap at critical times”.

So what are the best ways to do this? Well, the first and most obvious is to have a reliable source of hot water that is easy to access, convenient to use and instantly available at all times.

It is also possible to install a Series Plus version, which ensures instant warm water in conjunction with one or two hands-free taps – saving time, water and power.

Also in the hand-free space, are the aforementioned sensor taps, such as the Bench Mount version, which has a unique electronic sensor actually built into the spout. This automatically detects hand movement in the hand washing zone and shuts off as soon as that presence is no longer detected, reducing water wastage. This type of sensor tap is also available in a Wall Mount configuration. Both types have a minimum flow rate of 1.5 litres per minute and come with a six-star WELS rating.

Both the KwikWash I Series warm water units and Sensor Taps are just 295 millimetres high, which means they are conveniently sized to fit any commercial or residential washroom. Ignaz Semmelweis would have loved them.