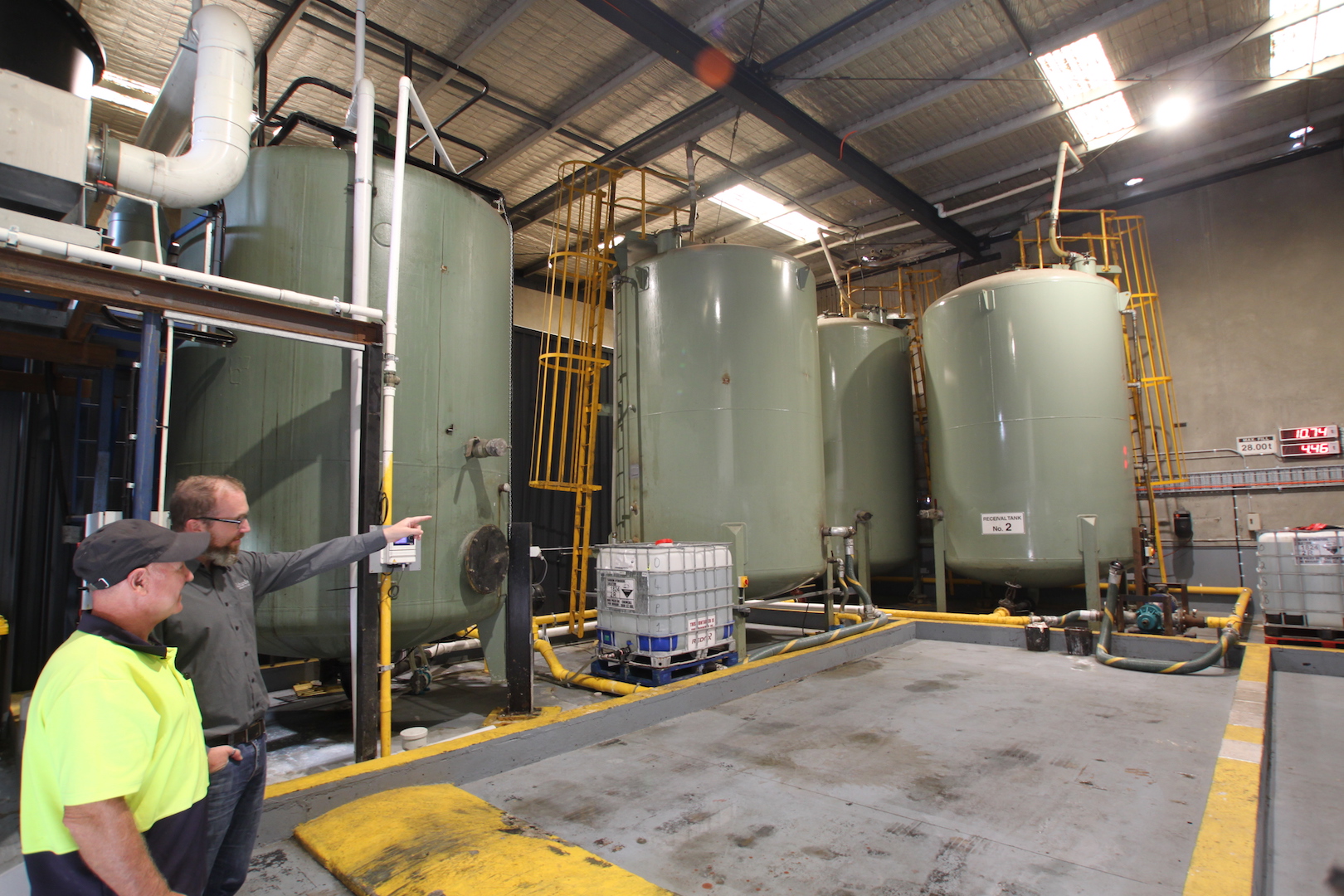 Waste management leader JJ Richards & Sons is proving an environmental initiative in Sydney that eliminates landfill dumping of commercial, institutional and retail food waste by transforming it into green energy and fertiliser.

The company’s custom-engineered waste reception centre at Seven Hills – which its designers say has demonstrated potential to become a model for national use – processes pulped waste from its partner Pulpmaster’s collection tankers into an easily handled and valuable resource for use in agriculture, horticulture and fossil fuel replacement.

The plant – which already handles bulk waste from major customers including supermarkets, food shops, hospitals, schools and catering facilities – uses CST Wastewater Solutions’  KDS multi-disc fine screening and compaction technology as part of its automated process that turns the pulped waste collected into a cake form that is more than 50 percent lighter and drier than the pulp and which can be transported to users for half the cost of heavier and less hygienic output.

Waste producers using the system get monthly reports on how much they are saving on disposal costs, while simultaneously reducing their environmental impact. The material is used by farms and other agricultural enterprises as high potency fertiliser as well as for the production of biogas to reduce their environment footprints.

“The system has been brilliantly received by community-minded customers who are reducing their environmental impact, as well as by users of the cleaner, greener energy and fertiliser coming out of it,” says Ben Martis, JJ Richards & Sons Pty Ltd NSW/ACT operations manager of liquids.

“The system not only disposes of an environmental headache and cost for responsible businesses and facility managers – including high landfill costs and the high cost of transporting waste to somewhere remote, secure and non-harmful – but turns the problem into an environmental asset – and a cost saver.

“Businesses love getting the reports on the environmental benefits of their waste disposal and recycling, because they can demonstrate benefits to the community, while also saving themselves substantial measurable costs,” says Martis, who has been deeply involved in the design and proving of the Seven Hills plant, which features twin 28-tonne filtrate receival tanks and similarly large vessels to process waste to the pH levels most ideal for recycling uses and injection into the ground as fertiliser.

The automated and highly reliable receival, processing and despatch facility at Seven Hills features high-speed drive-in pulp receival bays and treatment tanks for the thousands of tonnes of throughput delivered by Pulpmaster tankers, which employ an environmentally friendly and cost-effective collection system that converts the mixed waste they collect into pulp slurry for further processing into organic fertiliser and biogas.

This slurry passes from the Seven Hills treatment tanks through ultra-fine (1mm) screening from CST Wastewater Solutions before passing through the KDS dewatering and liquid separation process, which transforms the sloppy pulp waste into a hygienic, compact and much lighter dewatered output that is easy to handle and costs 50 percent less than heavier wet waste to transport onwards to users of the output. This lighter and compacted output is automatically fed into 35-tonne slide-out waste handling bins for loading onto JJ Richards onward delivery vehicles. The KDS system can be run continuously and reliably, with low energy consumption, to optimise output from the Seven Hills plant.

“There is a lot to like about the KDS system,” says Martis. “It has very few moving parts, high-efficiency dewatering operation, uses little energy and doesn’t break down. It is a quality system.”

In addition to custom-engineered applications such as JJ Richards’, the KDS system can also be skid-mounted to manage separation and compaction needs on remote sites, saving waste transport disposal costs.

CST Wastewater Solutions engineer, Peter Bambridge, who worked with Martis in installing, commissioning and optimising the KDS technology at Seven Hills, says transport and handling of non-processed mixed food waste can be a killer cost for business.

“Not only do you have the OH&S and environmental issues of handling and disposing of heavy, sloppy waste, but also just transporting such material to dumps can cost $150 a tonne for the specialised transport involved. Some of these dumps, by their very nature, have to be major distances from the urban source of the waste, so there are big costs involved. The Pulpmaster system, combined with KDS processing, is such an intelligent alternative from JJ Richards.”

Martis says the fact that the JJ Richards system has been proven in NSW – which has some of the strictest waste handling regulations in Australia – suggests that it is also suitable to other areas of the country.

“This is a proven system now. We are handling huge amounts of food waste already, and the potential beyond that is far huger still. We are proud of the engineering that has gone into this system and want to see its benefits spread wider and wider.”