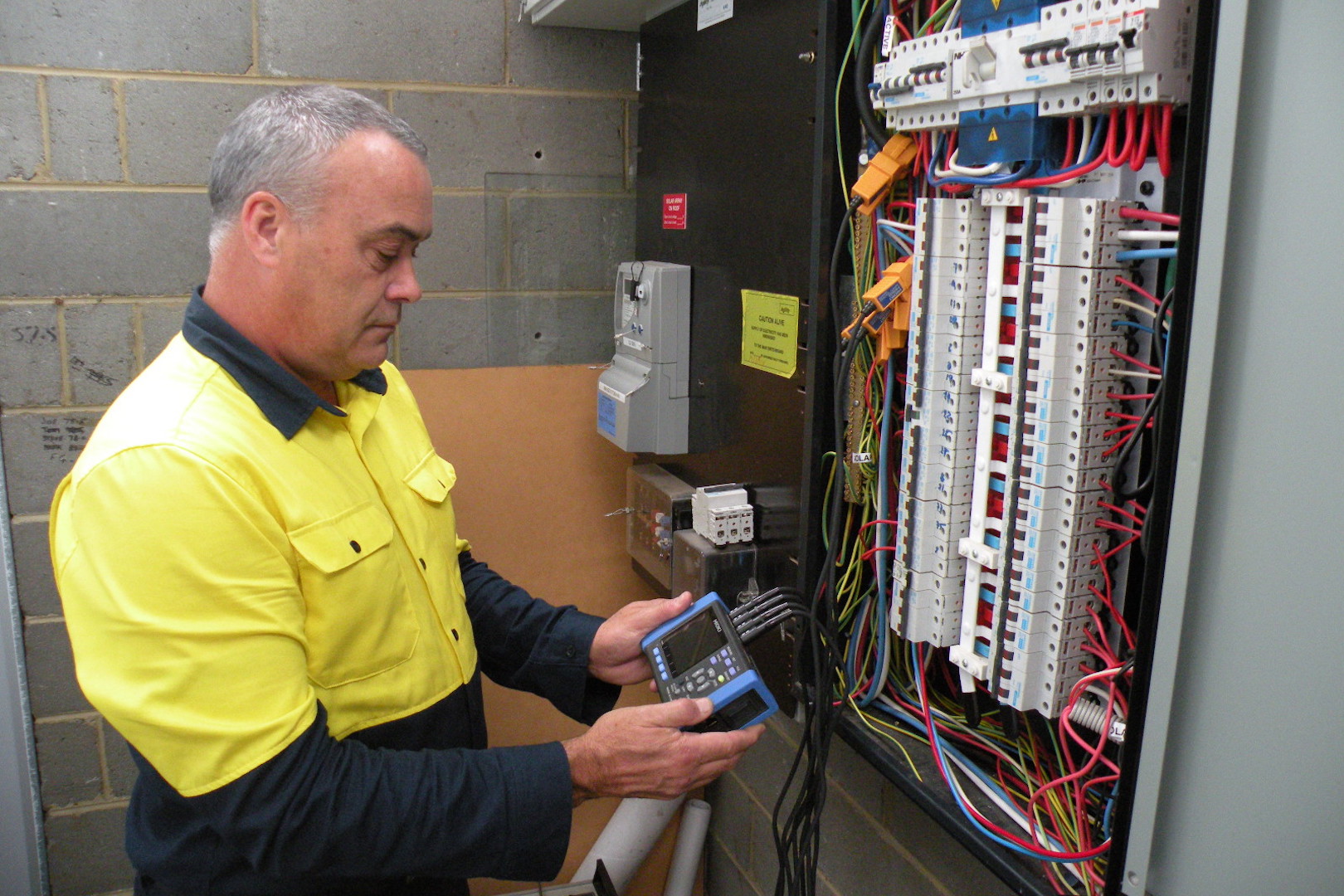 The electrical installation in your facility uses up part of the energy you purchase without any benefit to your company or organisation. Getting expert advice on electrical energy cost reduction by means of improvement of your electrical plant’s operating efficiency is the permanent way to achieve lower operational costs and higher profitability, with the first step being a comprehensive power analysis, writes Paul Antony.

Shopping around for the best deals in electrical energy is a given. The problem is that the scope of good deals is limited in the oligopolistic Australian electricity market of today, and the options therefore boil down to one – reducing the usage of electrical energy. Obvious ways to do this include: installing thermostat controls, movement detectors for lighting, awnings and shades, make-up air for air-conditioning, and building insulation improvement and maintenance. It is assumed, however, that you are already attending to these energy saving methods. We therefore address the less obvious ones, often completely overlooked, but nevertheless important. This is the ‘electrical reticulation’ – everything by way of assets employed to get electricity around the building, shop floors, apartments, etc. But first, some essential basics…

Your energy usage is charged on the basis of kilowatt (1000 watts) hours, somewhere between 20 and 30 cents per kWh (kilowatt hour). Volts, about which you have likely not been concerned, are in ‘water terms’ – the pressure your electrical energy arrives at to your premises – and are normally outside your control. The amps are the measure of the flow rate of the electricity. Unsurprisingly, if the pressure (volts) is cranked up (for whatever reason) more electricity flow and more energy is consumed. There are exceptions, for example, devices that use less electrical flow (amps) as the pressure increases. These are ‘constant power’ devices (somewhat equivalent to cruise control on your car). Mostly, electrical loads like lighting and motors will just consume more energy as voltage increases.

To bring this to down to numbers, if a one-kilowatt load at 230 volts is now connected to 254 volts – i.e. a 10 percent increase in voltage – it will consume 1.3 kilowatts, a 30 percent increase in power! In short, voltage directly affects energy consumption and energy loss in your electrical installation.

Voltage and your power company

The poles and wire people are required to provide you with constant voltage with a 10 percent allowable margin. They are finding this increasingly difficult because of ‘congestion’ in their networks. Partly responsible for this is the steady increase in solar power panels on rooftops, particularly in commercial installations that have large power capacity. Congestion occurs because the wires have to carry too much power when power is being fed back to the grid, requiring beefing up of the system and therefore capital expenditure. Energy Networks Australia, the association for the networks sector, is well aware of the problem caused by ‘behind the meter’ generation, but in the current confused climate of national energy policy there is a ‘capital strike’ likely to persist for some years, if not longer. The poles and wire people are consequently sitting on their hands until policy clarity emerges.

To determine the scope for energy savings related to voltage control, a power survey should be carried out, providing a voltage profile over 24 hours and for at least a week’s duration under typical weather conditions. The voltage survey can be combined with other parameters requiring measurement (see further down). Voltage measurements will provide the scope for savings by installing a voltage controller at your installation. Such a device maintains constant voltage and, depending on its power rating, may have to be employed for the most voltage-affected equipment.

Many electricity providers, even for relatively small industrial or commercial loads, charge additional fees for ‘low power factor’ consumers. In essence, there is the one-way power flow (from provider to consumer), which you are familiar with and which is based on the kWhs consumed, and then there is power flowing back and forth between consumer and provider – an oscillating power, also causing energy loss both in your installation and in the wires of the electricity provider. Where a lot of oscillating power (engineers call this ‘reactive power’) is associated with ‘one-way power’ supply, the term ‘poor’ (low) power factor is used.

The measure used on electricity bills where power factor is in essence charged, is kVA (kilovolt-amps). This additional charge is usually termed a demand or maximum demand surcharge and appears on the electricity bill as a monthly charge, typically of the order of $20 per kVA per month. As an example, a typical bill of $2000 per month for kWhs usage could have an additional kVA demand charge of $200 per month or more. In this example, the 10 percent or so extra charge is due to an additional 50 percent of the one-way power flow (from provider to consumer) ‘bouncing backwards and forwards’.

Let’s use an example – it focuses the mind.

A switchboard in a commercial printing works had to have its doors opened so that external fans could cool the switchgear, busbars and cabling inside the switchboard housing. Heating of the equipment because of energy loss was, in large part, due to poor power factor. Although energy loss in wiring etc varies from installation to installation, a typical figure is of the order of three to five percent. The energy loss is part of the electricity bill so that minimising the loss is advantageous.

In the above example, savings could approach $100 per month if the power factor were ‘corrected’ to unity (implying that only one-way power – from supplier to consumer would be necessary).

The investment in power factor correction equipment is, for many installations, capable of recoupment periods of three years, sometimes less. Figuring out the economics and where in the electrical installation the equipment needs to be installed is part of doing a comprehensive power analysis, as mentioned at the top of this article. Without going into too much detail, such a survey also uncovers energy wasters such as over-rated electric motors, faulty fans and compressors and malfunctioning cool room equipment.

Poor power factor was traditionally a concern of network operators, but in the last three decades more problems have started to crop up – an important one being harmonics. Rather than concentrating on their nature in electrical engineering, the practical side is that harmonics are due to the proliferation of power electronics; for example, in air-conditioners and electric motor drives. Rooftop solar systems also inject them into electrical networks. Harmonics cause additional energy loss in electrical installations. Part of this is unavoidable, but there are also solutions somewhat similar to power factor correction equipment, which can minimise the loss component. For some installations, the most cost-effective solution is by means of combining power factor correction and harmonics ‘filtering’. The latter process, in effect, causes the harmonics to circulate close to the equipment; for example, the switchboard for the climate control plant, so that energy loss in wiring connecting the particular equipment is minimised.

Polishing up the crystal ball will not reveal the future trend of electricity prices. But dwell on this: we have a small population relative to one of the largest electricity transmission networks in the world – over 45,000 kilometres. There are many power generating and transmission companies, as well as retailers, operating in the mainly privatised sector that are basically reliant on one another – and some larger ones have vertically integrated operations. Enough said: the ball is in the consumers’ court!