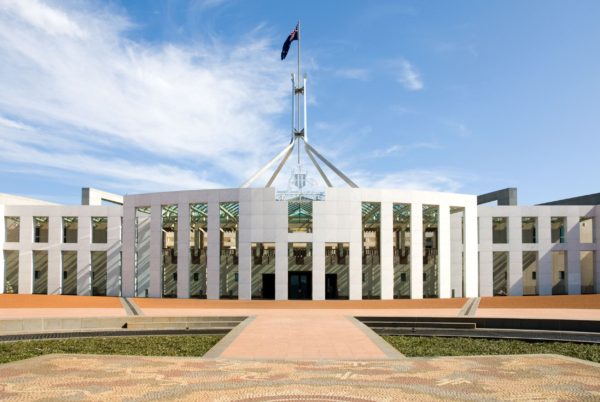 In July 2017, the Australian media was awash with coverage of yet another foiled attempt to harm citizens in a planned terror attack. This time, the target was a flight out of Sydney, with the plotters reportedly very close to carrying out their plan to smuggle an explosive device onto an aeroplane in their hand luggage.

This is not the first time such reports have circulated. A few short months ago, a Melbourne teenager was arrested and sentenced to 14 years (originally 10, with four more added on appeal) for planning to commit an attack on Anzac Day.

Despite these repeated successful interventions by Australian law enforcement agencies, there are many who believe it is only a matter of time before Australia experiences an attack similar to the recent atrocities witnessed in European cities like Paris, London and Manchester.

One of the London attacks took place in the very heart of the country’s seat of democracy, at the Palace of Westminster – with the attacker purportedly attempting to enter the Houses of Parliament after murdering four pedestrians on the bridge and an unarmed policeman outside the gates.

The perpetrator was then shot dead by an armed police officer, but the question arises: how do we keep the buildings that house our lawmakers and politicians safe?

Government buildings can face a multitude of security threats – such as bombings, sabotage, unlawful entry and theft. So it is vital that they have sufficient security measures in place. At the same time, these buildings cannot become fortresses that are inaccessible to the people they are designed for – the very citizens of the country they are in. A democracy means that such citizens must be free to visit the places where laws are made and their future is decided on a daily basis. So how do we make sure that the people within those buildings are kept out of harm’s way?

There is now a sophisticated array of measures that can be, and are being, taken to ensure that the buildings that house our leaders, the staff that support them and the people who visit them are adequately protected.

In June 2017 construction began on a controversial 2.5-metre high steel security fence outside Canberra’s Parliament House. Before the permanent structure is erected, temporary metal fences have been installed three-quarters of the way up the lawns. Those unhappy with the development have pointed to the aesthetics and the message this sends of a ‘democratic centre for all’ now being off-limits to many, with legitimate protestors now unable to get close enough to air their grievances. But the fences are just the first part of a $126.7 million security upgrade.

The review was in part prompted by terror attacks against the Canadian Parliament in Ottawa in October 2014. Apart from the temporary fencing already in place, the upgrade reportedly includes thermal fencing and a least 40 new CCTV (closed circuit television) cameras. According to The Canberra Times, “Thermal fencing can include everything from virtual perimeter alert systems to thermal security cameras, threat detection and assessment technology and motion sensors.

“Thermal and infrared systems can be used for continuous surveillance, including in darkness, fire and fog,” concludes the newspaper.

There will also be an audit of all CCTV coaxial cabling, and upgrades to protected IT networks. Improved licence plate recognition technology will be deployed in the venue’s car parks, with an integrated ticketing design and electronic car park management system also on the table.

But what about inside the building? What’s to prevent those who have been granted access to general areas inside the building then attempting to enter areas of restricted access? Reports say that to counteract this, electronic access controls for secondary entries for MPs’ offices are being upgraded, as well as across the building’s entire ministerial wing.

There is still concern about some levels of internal security barriers, particularly between the House of Representatives and Senate chambers, and the public viewing galleries.

Staff from the Department of Parliamentary Services travelled to Westminster in the UK, Washington in the US and Ottawa in Canada to discuss and learn about benchmark security systems in those seats of government before plans for the security upgrade were drawn up.

At their most basic, the security measures at any government building should include the following:

In addition, executive offices should be located deep within government buildings. What their inhabitants lose in access to natural light, they gain in increased security and peace of mind. Sensitive papers and documents must also be kept out of the reach of unauthorised people – preferably locked in secure cabinets, with keys kept in different, equally secure locations.

While some may find it distressing that the times we live in seem to be calling for such an increased level of vigilance and heightened security measures, a glance at history reminds us that this really isn’t so unprecedented. Speak to anyone who lived in England when the IRA was at its most violently active and they will tell you of the missing rubbish bins on train stations and the constant reminders to look out for unattended baggage.

Go further back and consider the realities of life during World War II when the wayfaring signs in the countryside were changed to confuse enemy spies and the whole country was often chided that ‘loose lips cost lives’ and ‘walls have ears’. Drastic security measures periodically are facts of life. The only difference today is the sophistication of both the means employed by those of ill intent to access sensitive areas and the measures in place to ensure that they are unsuccessful.

Whether you need design assistance with a major infrastructure project or a small building, ASSA ABLOY can assist you in meeting or exceeding your door opening security requirements.