Kicking up a stink on waste 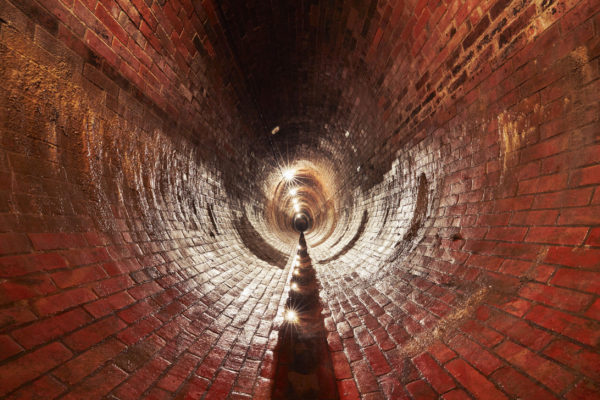 Cholera outbreaks in London during the mid 19th century killed 25,000 people with 1858 becoming known as the ‘Great Stink’. The disease was poorly understood at the time, but the smell finally provoked action.

Joseph Bazalgette led the construction of 1200 miles of sewers, completed in 1857 and he was knighted that year. The sewers transformed London and were arguably the biggest single step the city took to become a modern metropolis. Call it Bazalgette v1.

Fast-forward more than 150 years… while infectious disease has been dramatically reduced in developed countries, there
are 2.4 billion people around the world who still do not have access to sanitation. Throughout the developing world, in both urban and rural areas, these people are challenged in terms of disease and dignity, even safety, by lack of sanitation.

But even more than that, the World Bank released its ‘Economics of Sanitation’ study and estimated all this to be a US$260 billion drag on the economies of these countries. Despite huge efforts and annual investments of around US$15 billion, the problem is not diminishing. Indeed, we’re just keeping pace with population growth. Bazalgette-type sewers are too expensive, too slow and too difficult to implement in rapidly growing cities or rural areas.

I’m proud to have been part of the championing of a new approach, through the Toilet Board Coalition. Rather than sanitation being a drain on resources, the coalition seeks to make it a business proposition and, ultimately, a self-sustaining system.

If sanitation is profitable, it is investable. If it can create profits and jobs, local people will play a part in providing an essential service for their own communities.

We’re talking about more than a leapfrog idea – where we help the developing world jump over a few stages and catch up. This is an opportunity to leap ahead of developed countries, with systems that achieve health outcomes and have other benefits within society.

So we need to figure out how to better Bazalgette. Here, we tap two big ideas of the 21st century – the circular economy and digitisation.

Like so much in the early years of industrialised, urbanised society, and perpetuated since, Bazalgette’s assumption was of a linear economy. The motivation behind the development of the sewers was health and smell – not to use sewage as a resource. Sewage was literally taken away. Initially it was straight to the River Thames; treatment plants were only added in 1900 – Bazalgette v1.1.

When these came online, they cleaned up the outflow, but still recovered no resource or value. Even today, sewage has negative value as residents pay for the service. Combine this with the cultural spiral where human waste is treated with revulsion, and we’ve willingly accepted Bazalgette’s solution – just take it away, as we do in much the same way with other waste streams in their rapidly growing volumes.

Research over the last five years on the circular economy, across multiple industry sectors, and focused on the developed world, suggests the linear economy carries an economic cost of more than $1 trillion. The developing world, and especially the 2.4 billion poorest, cannot afford to share this mindset. And they certainly can’t afford to build Victorian sewers.

So does the circular economy, applied to sanitation, o er an alternative that makes economic sense, actually works and still achieves our health needs? The answer is yes, with not one but four huge opportunities.

OPPORTUNITY 1: ‘TOILET RESOURCES’
Sewage is a particularly silly material to label as waste. It can yield soil enhancers and fertilisers, which increase crop yields – in places short of land and of food. It contains water, which can be treated to a usable standard – in places short of water. It allows energy recovery – renewable energy, unlike burning municipal waste or cutting down forests for fuel.

There are innovative products, which can be derived from sewage – plastics, pharmaceuticals and pet food for a start. And it can be safe, if managed properly. All this is available, in volumes perfectly proportional to the population. And yet we call this stuff ‘waste’. No matter how strong and laudable our health motivation, this linear mindset is an overreaction. At the Toilet Board we now avoid the ‘w-word’ and have replaced it with a new term – ‘toilet resources’.

OPPORTUNITY 2: TOILETS FOR 2.4 BILLION
Providing enough toilets, transport and their associated treatment plants represents a huge proliferation of equipment. It all needs to be manufactured, maintained and cleaned, for the long-term, long after any of this is considered a ‘project’ or a ‘development goal’.

In the circular economy, performance and service models are proving effective and efficient in providing similar equipment and facilities. These create the right incentives to sustain long-term performance, unlike traditional one-off sales of equipment, often designed for short life and obsolescence, and quickly falling into disrepair. So the second circular opportunity is to apply circular economy business models to sanitation equipment.

OPPORTUNITY 3: THE SYSTEM THE WEST NEVER BUILT – HOLISTIC BIOLOGICAL WASTE
What if we could get the biological cycle working on a much broader basis? What if all the food waste (regarded as a global problem) found its way back to the soil? What if the lowest-value plastics, now filling up the oceans, were replaced with compostable materials that mostly go back to the soil and, in the worst case, rapidly biodegrade anywhere else they land?

For developing countries it is much simpler – just build a combined biological waste system right from the start. That’s
a decentralised, container-based system, mostly without sewage pipes. It’s actually a far quicker way to provide sanitation. So, sanitation, food waste, plastic waste – three big issues addressed with one system, which is cheaper than the alternative. How good is that? This is the third circular opportunity.

OPPORTUNITY 4: DIGITISATION
Sanitation may not be the highest profile application of the Internet of Things (IoT), but it holds many opportunities. What health interventions could be achieved if sensors detected pathogens in toilets?

How could millions of new toilets and treatment plants function economically if their operation and maintenance were optimised by automatically sharing information – is the tank full, is the toilet broken?

Where payments are needed, could they be made on a mobile phone? Does all this play a part in a smart city? The digital toilet is a real prospect, beyond Bazalgette’s imagination.

It’s early days. The economics are not yet proven, and previous attempts to sell toilet resources have struggled to make profits. Health and environmental gains don’t easily show up as cash flows for business. The Toilet Board intends to reverse this.

First, the firepower of the Toilet Board’s members (including Unilever, Kimberly-Clark, Firmenich and Lixil) and its stakeholders promises a much stronger business push. Second, the circular economy and digitisation can bring new revenue streams, lower costs and ways to monetise some of the benefits to wider society. All three strengthen the P&L (profit and loss) and the business case, and in this way we believe we can break through with the economics.

The Toilet Board works with annual cohorts of SMEs across the developing world – the 2017 cohort comprises BioCycle, Safi Sana, Samagra, Sanergy and Sanivation. These operate across Africa and Asia, already producing and selling energy, agricultural products and water, from toilet resources, together with mobile-enabled services. They are the core of a growing network of like-minded businesses, large and small, supported by universities and international organisations.

So it’s time for Bazalgette v2. It could be the surprise business opportunity of the 21st century!

Sandy Rodger is circular economy expert adviser and project lead for the Toilet Board Coalition.