Local councils are leading the way in e-waste recycling 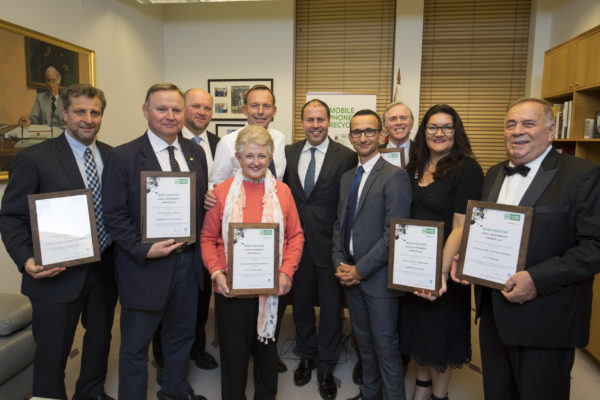 MobileMuster, the mobile phone industry’s product stewardship program, recognised the efforts of local councils that have dramatically increased their collections and helped make recycling more accessible to the community.

Eight councils from across Australia were recognised as Australia’s top recyclers and congratulated by Hon. Josh Frydenberg MP Minister for Environment and Energy. “Electronic waste is one of the fastest growing waste issues in Australia and it’s great to see MobileMuster bringing industry and local government together to make it easy to recycle and deliver important environmental benefits to our communities,” Frydenberg says.

The following councils took out top honours in the awards:

MobileMuster’s recycling manager, Spyro Kalos says, “Whilst council collections have been steadily growing in the last couple of years it’s great to see an even higher lift this year with councils helping inform and educate their residents about recycling.

“However, with an estimated 23 million old mobile phones sitting in drawers waiting to be recycled, including five million which are broken and no longer working, MobileMuster will continue to work with councils to encourage residents to recycle responsibly,” he concludes.