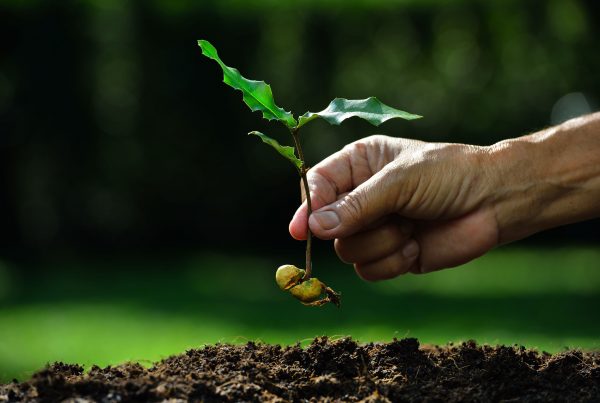 I was fortunate enough to spend what would have been my third year in college working in Australia as a junior geologist in Queensland. As I was raised in California, the tropical climate and different geology forged landscapes unlike any I had seen or studied. It was a great introduction to how universal principles can play out differently. Recently I came to see a parallel in how regenerative farming practices can return health to agricultural soils.

Most of us don’t think much about the soil, let alone its health. But we should. Restoring soil fertility on a global scale is one of humanity’s best options for making progress in the daunting challenges of feeding everybody, weathering climate change and conserving biodiversity.

Widespread mechanisation and adoption of chemical fertilisers and pesticides revolutionised 20th century agriculture. But it also took a hidden toll on the soil. Since World War II farmers around the world have abandoned a third of the world’s cropland. In the US, our soils have already lost half their organic matter – half their native fertility!

What is at stake if we don’t reverse the global trend? Consider that impoverished trouble spots like Syria, Libya and Iraq are among the societies living with an ancient legacy of degraded soil. It will become increasingly difficult to feed a growing population if we continue to lose productive agricultural land.

Fortunately, there are practical ways to improve soil health and lay the foundation for resilient and lasting agriculture. How
do I know? While researching my new book, Growing A Revolution: Bringing Our Soil Back to Life, I travelled the world to meet farmers restoring their soil on large commercial and small subsistence farms. From Pennsylvania to the Dakotas and from Africa to Latin America, I saw compelling evidence that soil can be restored remarkably quickly.

These farmers shared a new philosophy and a common vision for how to adopt practices that conserve and protect soil life. They have stopped ploughing and minimised ground disturbance. They have kept the ground covered year-round through growing cover crops (especially legumes) along with commercial crops. And they have adopted more complex crop rotations and don’t just plant the same thing over and over again. On farm after farm, I saw how these methods – if adopted all together – regenerate fertile soil.

I was surprised to find that it takes farmers who adopt all three techniques just several years to begin harvesting profitable results. Crop yields and soil organic matter increase while their fuel, fertiliser and pesticide use falls dramatically. The resulting savings improve both the soil and the farmers’ bottom line.

I also noticed that their fields consistently have more pollinators – butterflies and bees – than neighbouring conventional farms. Using less insecticide and retaining more native plants on the perimeter of their fields translates into more predatory species to manage insect pests, and far less need for pesticides.

Innovative ranchers likewise showed me methods that leave their soil better off. Their cows graze pastures the way buffalo once did – concentrating in a small area for a short period followed by a long recovery time before returning to it. This pattern stimulates plants to push sugary exudates out of their roots. And this, in turn, feeds the soil life that provides the plants with growth-promoting hormones, nutrients and minerals they need to rebuild their browsed bodies aboveground.

Letting cows graze also builds soil organic matter through dispersing manure across the land rather than concentrating it in feedlot sewage lagoons.

Of course, what conditions or traits define a healthy soil will vary around the world. And while the specific practices
that work in other regions may not be what works best to implement soil-building principles in Australia, the consensus among fellow scientists I talked with held that the amount of organic matter in the soil offers the single best indicator of soil health.

How much carbon could the world’s farmers and ranchers park underground? Estimates vary – a lot. But farmers I visited had more than doubled the carbon content of their soil over a decade or two. If farmers around the world did the same to their soil it could offset a substantial portion of global fossil fuel emissions for decades to come.

Soil restoration will not solve world hunger, stop climate change or prevent further loss of biodiversity. No single thing can solve these problems. But the innovative farmers I met around the world showed me that adopting the full suite of conservation agriculture practices can provide a better livelihood and significant environmental benefits for conventional and organic farms alike.

Restoring fertility to the world’s degraded agricultural soils is one of the most pressing, and under-recognised infrastructure projects humanity faces. A global effort to do this would pay dividends for generations to come.

David R Montgomery is the author of Growing a Revolution: Bringing Our Soil Back to Life, a MacArthur Fellow and Dean’s Professor of Geomorphology at the University of Washington.