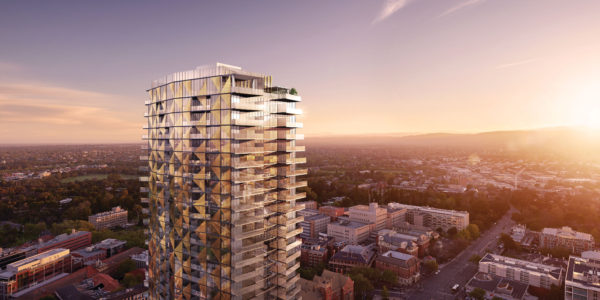 Realm Adelaide developers Parallel Property has announced that Maxcon is the successful builder who will be responsible for bringing Adelaide’s tallest tower, the $200 million 40-storey Realm Adelaide building to life.

Set to change the Adelaide skyline forever, construction on Adelaide’s most exciting residential building project will start in September, with the building scheduled for completion by early 2020.

Marcello Tuteri, director of M Projects (who is responsible for the tender process) says that of the four builders who were shortlisted, Maxcon were the stand out winner.

“We selected Maxcon based on their ability to deliver premium buildings in Adelaide and other cities.  It is committed to excellence and quality and we are confident that it will deliver the high quality expected at Realm Adelaide,” he says.

Maxcon director Anthony Elzain is delighted with the appointment and says he is keen to get started.

“We are excited to be part of such a major project at a time when Adelaide is starting to embrace city living.  This building will set the standard for residential living in the city. We are thrilled to be part of it and proud to be responsible for the construction of the state’s tallest tower,” says Elzain.

Construction will start in September and in addition to the spectacular tower, the Renaissance Arcade will enjoy a make-over.  The Realm Developers are also in discussions with Adelaide City Council to consider further upgrades to Austin Street.

Maxcon is a family owned and operated construction business that works on projects from $15 million and $150+ million.  Priding itself upon sound business practices and highly stringent ethical standards, Maxcon has completed 20 building projects of this nature across Australia.  Including Realm Adelaide, the company now has five active projects at various stages of construction.

Maxcon’s last completed local project is the current tallest Adelaide residential tower Vue on King William. Standing 89 metres tall, this will be 43 metres shorter than Realm Adelaide’s planned height. They are also building the Bohem Apartments, a 22-level commercial residential tower on Wright Street in Adelaide, which is due for completion late 2017.

Realm Adelaide has sold more than 70 percent of its apartments and purchasers are encouraged to get in quick to secure their home in the sky.

Standing at 132 metres above Adelaide, Maxcon will build the city’s highest residential tower and alter the look of the Adelaide skyline.