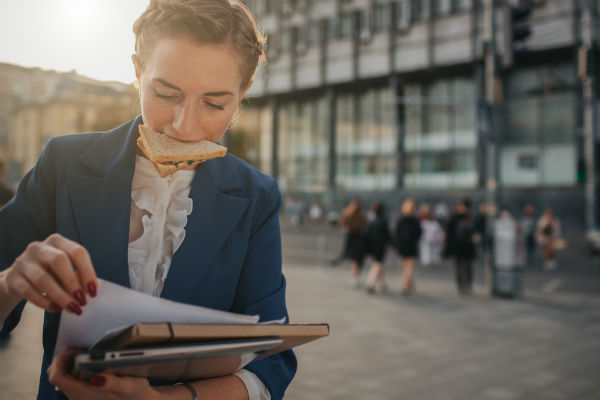 By performing multiple tasks at once, are we really getting more work done or is it surreptitiously hindering workplace productivity? DR AMANTHA IMBER explains how focusing on one task at a time could actually improve your performance.

Several years ago, I did a work styles test and it revealed that one of my strongest skills was being a ‘time optimiser’. I wore this title like a badge, and for the following year it defined the way I worked.

I would frequently switch tasks; for example, when I was working with suboptimal internet. If the page I needed was taking more than a second to load, I would ‘optimise’ my time by changing tasks so I wouldn’t waste five or 10 valuable page-loading seconds. I would then switch back 30 seconds later once I was sure the page would have loaded up. ‘Efficiency’ was my middle name.

At the same time in my life, I worked very long hours. I’d often arrive at the office before 8am, and while I would leave by 6pm, I’d log straight back onto my laptop almost every evening. There always seemed to be tasks left to finish.

However, over the same time period, I would often get to the end of a day and think to myself, ‘What have I actually achieved today?’ Many days felt like a hurricane of tasks, but yielded a lack of meaningful progress on projects that mattered.

I knew something had to change.

David Meyer, a psychology professor from the University of Michigan, argues that multitasking actually makes us less productive, not more. To start with, the term multitasking is actually misleading – it implies that we are doing two tasks in parallel. However, the reality is that our brains are unable to pay conscious attention to two things at the one time. Try thinking of a pink elephant and adding up 16 and 32. It’s impossible.

A more accurate name for multitasking is ‘task switching’. Meyer describes that two things have to happen every time you switch tasks. First, ‘goal activation’ needs to happen. Your brain says to itself, ‘I am going to stop focusing on this task and, instead, focus on that task.’ The second step is ‘rule activation’. This is your brain shutting down the rules for the task you are currently completing and opening up the rules for the task you are about to switch to.

In research conducted into task switching, Meyer, his University of Michigan colleague Jeffrey Evans and Joshua Rubinstein of the Federal Aviation Administration, uncovered a big reason as to why you may want to stop multitasking. They discovered that the simple act of constantly switching tasks costs us up to 40 percent of our time.

To extrapolate that into a typical workday, if you happen to be a rampant multitasker, like I was, you are unnecessarily expanding your workday. And if you only work an eight- hour day, the bottom line is that if you start focusing on one task at a time, you could leave work at around 2.30pm instead of 5pm and achieve the exact same level of output.

So if you would like to start working a day that is a little over five hours rather than eight, simply focus on one thing at the one time. ●

Dr Amantha Imber is the founder of Inventium, Australia’s leading innovation consultancy. Her latest book, The Innovation Formula, tackles the topic of how organisations can create a culture where innovation thrives.

This article also appears in the October/November issue of FM magazine.