Revolutionary building navigation system for the blind and visually impaired 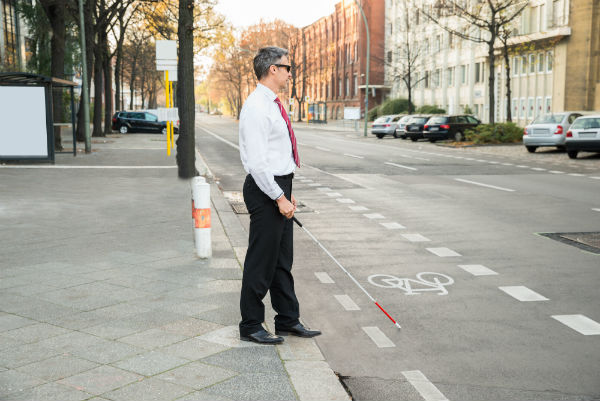 RightHear addresses the accessibility, orientation and navigation needs of blind and visually impaired persons (as well as orientation challenged individuals), providing them with real-time voice cues, through their own smartphone, about their precise indoor location, directing them and narrating the surroundings around them. The voice notifications are based on information received from Bluetooth beacons (sensors) located in the building. The sensors are installed by the building staff by simply attaching them to the wall with a sticker. The sensors’ location is determined in consultation with RightHear.

In addition, the system includes an administrator dashboard, allowing the building staff to program and control the whole system optimally, according to the needs of blind and visually impaired visitors and employees.

The RightHear system is suitable for any type of public building, including complex buildings (interconnected buildings) such as malls, corporations, universities, municipalities, airports, museums, supermarkets, hotels and restaurants.

“Using RightHear, blind and visually impaired persons have full access and full orientation in public buildings, giving them the ability to be independent,” says Idan Meir, RightHear’s CEO. “On the other hand, public venues and facilities will benefit from increased numbers of visitors, including blind and visually impaired persons, that until now had difficulty visiting these places.”

The RightHear system has already been deployed in hundreds of buildings and complexes, mainly in Israel.