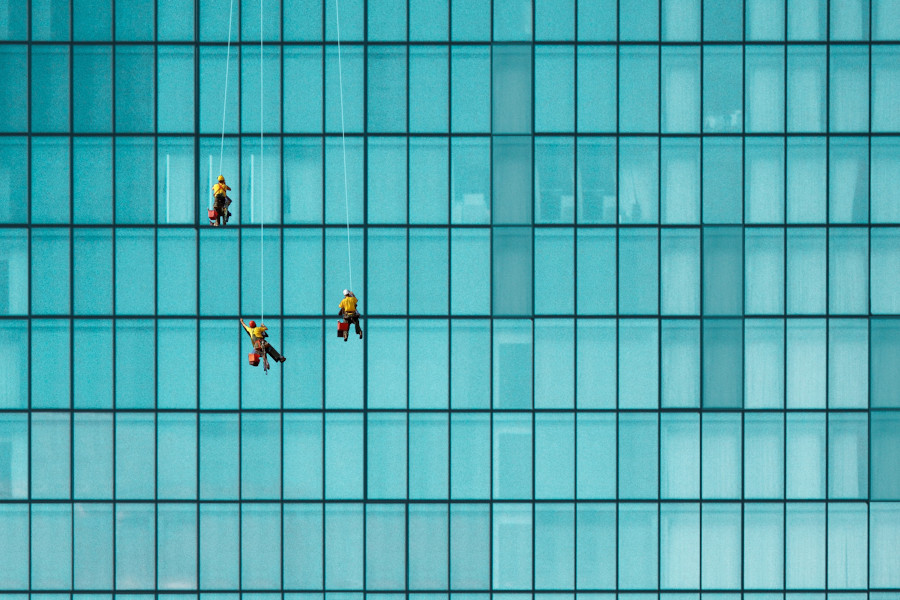 JOHN REALE reflects on the newly-implemented labour hire licensing laws and what effect they may have on how you operate your facility.

As Australian employers have increasingly come to rely upon a casualised workforce to keep their businesses ticking along, around a quarter of Australians have been left in a position where they have no access to or are not adequately compensated for the lack of entitlement to paid annual leave, sick pay or other benefits afforded to permanent employees.

That’s all changing. Governments are now taking an active interest, legislating improved working conditions for casuals, short-term and independent contractors and, most recently, labour hire employees. This new legislation is not only relevant to contractors but also equally applicable to those procuring services such as facility managers and owners corporations. So before you decide that labour hire doesn’t apply to your organisation, think again. I’ll explain how it most likely does.

What exactly is labour hire licensing?

If an organisation supplies a worker or workers to perform work for another business or person then they could be operating as a labour hire provider.

Sound familiar? Then hopefully you are aware that under the labour hire licensing scheme – which came into full effect on 30 October 30, 2019 – those organisations must now hold a license to operate legally in Victoria, and it is illegal to use a contractor that either doesn’t have or hasn’t applied for a license.

The labour hire licensing scheme was set up in response to the findings of the independent Victorian Labour Hire Industry and Insecure Work Inquiry, which revealed widespread abuse and exploitation of labour hire workers in Victoria.

You may remember the shocking stories that emerged, particularly on the plight of fruit-pickers – a group that has been shamelessly exploited by our agricultural industry in order to cut costs. Similar reports on working conditions within the meat processing sector have also appeared in the media.

You can probably appreciate why, when considering these findings, I didn’t immediately see how the labour hire licensing legislation and scheme applied to commercial cleaning contractors like Realcorp. Would we really be considered a labour hire company?

A quick visit to the Labour Hire Authority website put me straight. It states:

“If you supply workers to work as a cleaner in a commercial premises you are likely providing labour hire services and will require a licence.”

Just to be sure they didn’t just mean cleaning in abattoirs etc. I got on the phone to the Authority to clarify what a ‘commercial premises’ was in terms of a cleaning company. Their response?

“Anything that is not a private home would be seen as commercial premises.”

What will labour hire licensing do for employees?

The licensing scheme basically means that someone is now watching – very closely – – to make sure that casual employees aren’t being underpaid and generally treated like second-class workers by rogue operators.

The Labour Hire Authority includes a team of inspectors whose job it will be to promote and ensure compliance with the licensing system. They have been authorised to carry out checks and investigations into suspected breaches by individuals or companies, including ‘host’ companies that procure the services.

Additionally, employees who wish to report on non-compliant providers or hosts can do so on the Labour Hire Authority website.

What will happen to those that don’t comply?

Labour hire providers and hosts (i.e. companies that engage service providers, such as facility managers, owners corporations or independent businesses running in-house procurement) will face hefty penalties if they choose to ignore licensing legislation. Providers who try to operate unlicensed will face fines of between $120,000 for an individual or $500,000 or more for a corporation. Hosts that engage an unlicensed labour hire provider face similar penalties.

How do contractors apply for a license?

Labour hire providers can apply for a license through the online portal on the Authority website.

Base requirements for approval include:

Full details on how to apply and all requirements are available here.

How can you tell whether contractors are licensed or have applied for a license?

It is the host organisation’s responsibility to conduct basic due diligence and check whether current contractors or tendering contractors have applied for or already hold a labour hire license. As already discussed, hefty penalties apply to those host organisations that negligently ignore basic checks.

Checking a contractor’s licensing status is as simple as going to the Labour Hire Authority website and searching both the ‘find a licensed provider’ and ‘find applications made’ registers. If your contractor doesn’t appear, questions should be raised.

What else do hosts need to do to mitigate any risk to their organisation?

The Labour Hire Authority expects, even if a contractor is licensed but is likely to be not fairly remunerating their employees, that the host organisation should have enough industry awareness to identify such cases and act accordingly. Failing to do so could lead to further penalties to the host for acting negligently.

It is therefore recommended that hosts have a basic understanding of which award rates and on-costs should be applicable and to roughly calculate what the hourly cost price would be. The hourly cost price can then be multiplied by the number of hours provided to determine a total cost price. The host is then able to determine whether the contractor is quoting (or charging, for existing contracts) above or below what cost should be.

On balance, the labour licensing scheme gets the thumbs up from us at Realcorp. This kind of licensing arrangement plays into the hands of hosts and contractors already doing the right thing.

With a higher chance of being caught out, the incentive for hosts and contractors to play by the rules and ensure staff members are fairly remunerated – including on-costs – is far greater. This will, in turn, even up the playing field; contractors are less able to get away with lowballing during tenders by paying below award rates.

We’ll be very interested to observe how the new legislation plays out and how the market and procurement departments respond.